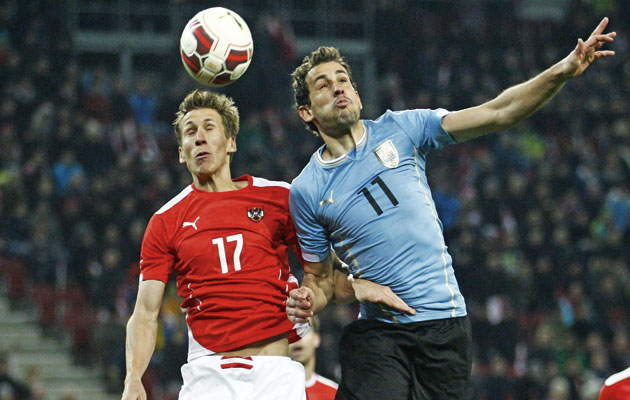 We know we’re not among the favourites,” says Uruguay coach Oscar Tabarez. “But we also know that if we prepare well we can be a very difficult team to play against, and that’s going to be at the centre of our thoughts.”

This, then, will be the same Uruguay that Tabarez has brought back to football’s top table, reaching the semi-finals of the last World Cup and winning the 2011 Copa America, while all the time accepting and playing within their limitations. And this is basically the same squad – indeed many of the group have been together since the 2007 Copa America.

Strikers aside, some of the key members of the first team are arguably past their best.  Tabarez, though, stresses that “I have the intention of using the experience that most
of the players have acquired”.

Time will tell if this is a tournament too far for the group. The order of the games would seem to help; a win against Costa Rica in the opening fixture will allow the team to take on England and Italy in the way they feel most comfortable: sitting deep, protecting the lack of defensive pace, and slipping in Luis Suarez and Edinson Cavani on the break.

Could such a method conceivably take “La Celeste” all the way? Obviously, many in Uruguay and elsewhere are excited by the possibility of a repetition of the 1950 triumph.

“There’s no comparison,” says Tabarez. “The world was different then. It was a different Brazil, and Uruguay had a position of power that we no longer occupy. But let’s hope we face Brazil because it will mean we’ll have made progress in the competition.”

Such humility makes it easy to forget that Uruguay pushed Brazil all the way in the semi-final of last year’s Confederations Cup, falling 2-1 to a late goal. Had Diego Forlan converted an early penalty perhaps things could have been even harder for the hosts.

Uruguay’s experience, tradition and self-esteem mean that few will relish facing them – and even fewer will relish dealing with Suarez and Cavani in full flight. Such virtues may not be enough to go all the way, but they might be enough to confirm the coach’s view that “in football we are party-poopers”.

They poured water in Brazil’s champagne in 1950, and spoiled things for the hosts in 2010, as well as in the last two Copa Americas.

Whose party will they ruin this time? 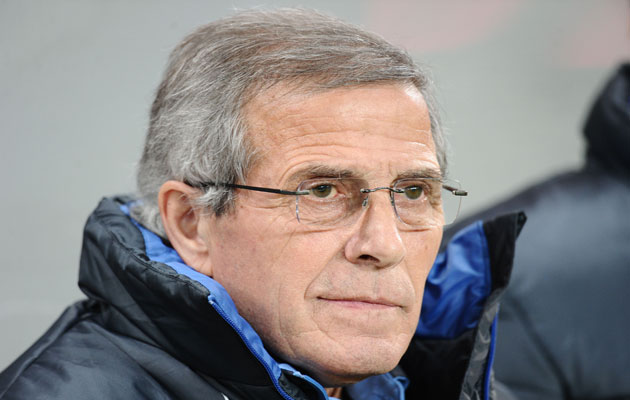 Appointed for the second time after Uruguay’s failure to qualify for the 2006 World Cup. Charged with overhauling all the national teams – from youth to the senior level.

Reached the semi-finals of the last World Cup, won the 2011 Copa America. Also won the Argentinian title with Boca Juniors and the Libertadores Cup with Penarol.

A tame second-round elimination at Italia 90. Also had an unhappy time with Milan in 1996.

Spent over a decade as a defender in Uruguay and, briefly, Mexico.

Calm, approachable and intelligent, he has cultivated good relations with the press. A recent scandal in his private life – he was revealed to have been having an affair with a woman accused of stealing from him – received remarkably little coverage.

Slightly cooler, though there is clear respect for his recent achievements  – and Penarol fans are unlikely to forget that the last of the club’s five Libertadores titles came on his watch.

A qualified teacher, he resonates quiet authority. Increasingly pragmatic, he took over with the fixed idea that all Uruguay’s sides should play 4-3-3. It was scrapped after just one competitive game. Ever since, he has been aware of playing within the team’s limitations.

Likely to stay on.