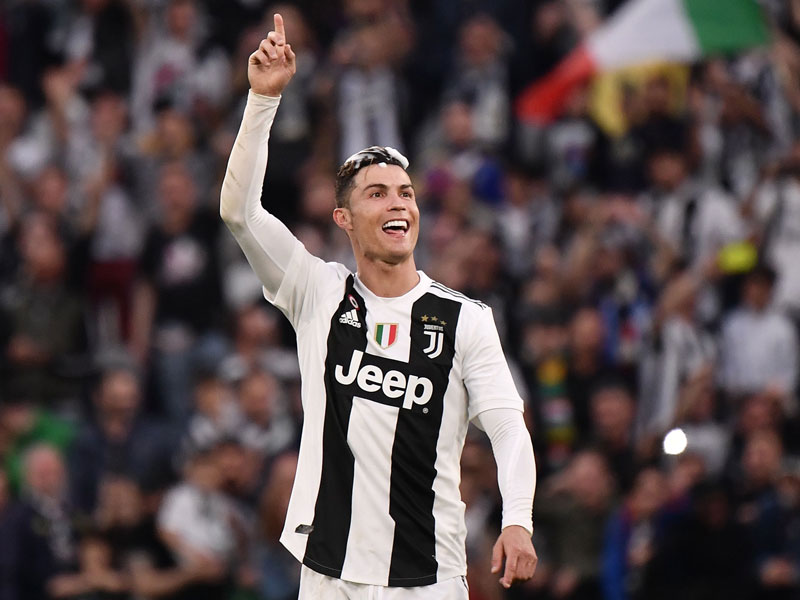 No matter what way you look at it, there was a curious sense of anti-climax about Juve’s 35th title win last Saturday night, following a 2-1 defeat of Fiorentina.   This should have been a moment when nationwide fanfares played tribute to a team which has dominated the season from start to finish, winning the title with five games still to play.

Yet, of course, it was not such a moment. For one thing, for months now it has been a question of “when” not “if” Juve would lift an eighth consecutive title. Yet, much more tellingly, this title came just four days after the club’s painful elimination from the Champions League, beaten 2-1 by Ajax in a memorable quarter-final return leg in their own Allianz Stadium last week.

The thing is, as we all know, right from the moment last July that Juventus confirmed they had bought Cristiano Ronaldo from Real Madrid, the number one club objective was the Champions League. Twice beaten finallists in the last five years and a regular at the quarter final stage, Juventus were called on this time by both their fans and their club directorship to take that extra step this season, to win a trophy they last won when beating Ajax in Rome in 1996.

You could argue that adding one of the world’s great players to an already strong and competitive squad sounds like a pretty reasonable way to set yourself up for a stronger than ever crack at the Champions League. However, football has never been that simplistic.

Ironically, and one would suggest most unjustly, some Juventus fans even expressed their dissastisfaction with coach Massmiliano Allegri, on the very day that he lifted the title for the fifth time in five years as Juventus coach. The former Juventus, Milan and England coach, Fabio Capello, explained the contestation, telling Gazzetta Dello Sport:

“Just look at the example of Pep Guardiola. After his great years of Champions League triumph with Barcelona, and notwithstanding some heavy investment by both Bayern Munich and Manchester City, he has never got to the final again (since leaving Barcelona)…”

Guardiola may yet, one day soon, put that matter to rights. What is sure is that, notwithstanding the disappointment of last week’s elimination, Juventus, too, are already planning for just how they will put the same matter to rights next season.

What is more, they will once again be looking to the inspirational Ronaldo to take them by the hand and lead them to the Promised Land of another final. Perhaps the most welcome words to fall on Juventus ears last Saturday came from the Main Man himself, CR7, who told reporters:

“I am 1,000 per cent certain to stay with Juventus next season… It didn’t go well in the Champions League this year but it will go better next year. You don’t win this competition by just snapping your fingers but we will try again knowing full well that only one out of 32 gets to win it…

As for the “consolation prize” of the scudetto, Ronaldo admitted to a certain sense of pride to have become the first ever player to lift an English, a Spanish and an Italian league title. There is no denying, too, his huge contribution to the Juventus cause.

He has been a constant galvanising factor throughout the Serie A season whilst in the Champions League itself, he did as much as could reasonably have been expected. In the second round, he pulled Juventus back from the cliff edge with that remarkable hat-trick against Atletico Madrid. Against Ajax, he seemed to have put Juve on the road to the semi-finals with that headed goal in the first leg in Amsterdam.

It was not to be. Which leaves Juventus with the conundrum. If Ronaldo was not enough, then what, who and where are their shortcomings. And even if they do strengthen their squad for next season (they have already signed Wales and Arsenal midfielder Aaron Ramsey), will that and other “top player” additions be enough, given that this time next year, Ronaldo will be 35 years old. He is clearly something of a “bionic man” but for how long can even he keep on denying the inexorable impact of anno domini?

In the meantime, Allegri has said that he will use Juve’s final five games to make various experiments, both by playing his first team players in different roles and also by introducing some younger talent. One intriguing aspect of Juve’s remaining fixture list is that whilst the games matter little or nothing to them in terms of results, they matter desperately to their opponents.

Three of their opponents, Inter, Torino and AS Roma, find themselves in the thick of the battle for Champions League/Europa League places next season. Now, if an “experimental” Juventus were to go out and lose to one of these three, stand by for plenty of polemics.

Final thought. With Italian teams starting off well in the European competitions last autumn, many commentators began to speculate that this could be a season of European revival for Italian soccer. That dream perished out of sight this week as first Juventus were run over by the total tiki-taka of a brilliant Ajax and then Napoli failed to make a game of it with Napoli. Another season of Italian whitewash – pazienza, tomorrow is indeed another day…