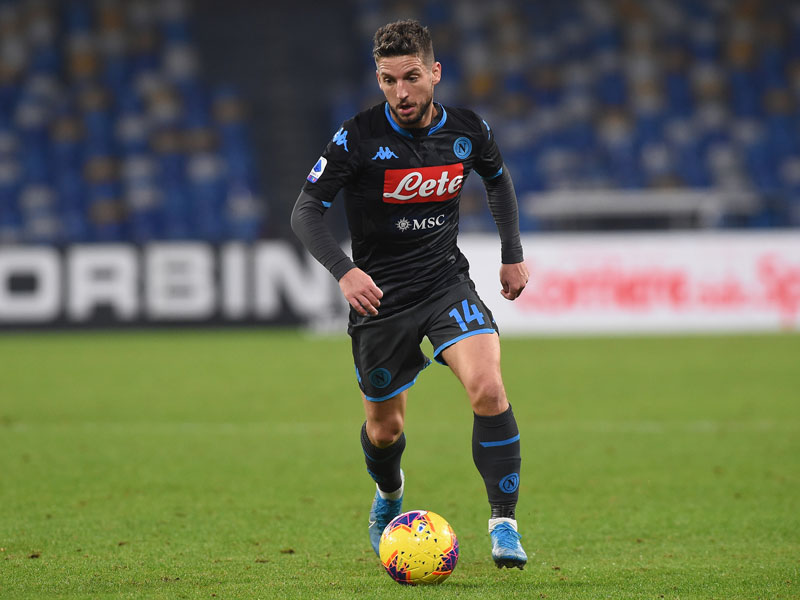 “Are you really sure you want to do this?”

It was getting close to midnight at the Hotel Vesuvio in Naples on Tuesday night of last week when Napoli coach, Carlo Ancelotti, asked this question of his club owner, Aurelio De Laurentis. The thing was that De Laurentis had just informed Ancelotti that he was going to sack him.

That sort of news is bad at any time. Yet, less than two hours earlier, Napoli had beaten Dutch side Genk 4-0 in a Champions League tie that earned them a second round qualification and a prestige clash next February with Barcelona no less. What is more, Napoli had taken four points from reigning European champions Liverpool in their group, beating them 2-0 at home and drawing 1-1 at Anfield.

Hence, Ancelotti’s question (as reported by neopolitan daily, Il Mattino). Are you really sure you want to do this? Film tycoon De Laurentis, however, was sure. Out went Ancelotti and in came coach Rino Gattuso, a 2006 World Cup winner and nowadays one of the “younger” generation of talented Italian coaches.

The point here is that this has been a long, hot and polemical autumn at Napoli. At the end of the argy-bargy, Ancelotti has been the one to pay. Yet, arguably, this battle concerned two other parties, namely the players and owner De Laurentis, more than it involved Ancelotti.

And this battle began back at the beginning of November on the night that Napoli drew 1-1 with Red Bull Salzburg in a Champions League home tie. That disappointing result against a side that Napoli had beaten 3-2 in Austria came on the back of league draws with Spal and Atalanta and, more painfully, a 2-1 defeat by AS Roma on the previous Saturday.

Worse still, Napoli, the side that last August many of us would have rated the most serious Serie A rival for Juventus this year, were already back in 7th place, 11 points adrift of the champions. Defeats by Juventus and Cagliari early in the season had already sounded the alarm bell.

Unhappy with the situation, De Laurentis decided to take action after the defeat by Roma, “ordering” his players to remain cloistered in a training camp at the club’s Castel Volturno training centre in the build-up to the Salzburg game. When that failed to produce a victory, De Laurentis then extended the training camp through to the following Saturday’s league game at home to Genoa.

At this point, the players enacted their now infamous Mutiny On The Bounty and refused. Rather, they went home, leaving Ancelotti and his staff to head to Castel Volturno on their own, in a somewhat farcical situation.

That mutiny prompted De Laurentis to threaten his star-studded squad with legal action, looking for up to €2.5 milliion euro “damages” in recompense for the “mutiny”. In the meantime, though, in the build-up to the Genoa game, Ancelotti had made it clear that he did not believe in the extended “ritiro”:

“If you ask me what I think (about the ritiro), I would say that I don’t agree with the club’s decision. But then the coach does a coach’s job whilst decisions like this are the club’s prerogative.”

In the circumstances, it was hardly surprising that Napoli could only draw 0-0 at home to Genoa. At this point, the fat was well and truly in the fire. By the eve of this week’s game against Genk, Napoli had experienced a miserable Serie A run, losing two and drawing five of their  previous seven Serie A games.

Not that the appointment of Gattuso changed things much. At home to Parma last Saturday, Gattuso’s Napoli started badly, going 0-1 within four minutes when Senegalese defender Kalibou Koulibaly slipped, allowing Parma’s talented Swede, Dejan Kulusevski in for a soft goal.

After a shakey first half, Napoli regained their confidence to largely dominmate the second half, proving good value for a 65th minute equaliser from Pole Arkady Milik. Just when it seemed that Napoli’s relentless pressure would see them score a second goal, they were cruelly hit on the counter by a 93rd minute goal, scored by Parma’s experienced Ivory Coast and ex-Arsenal striker, Gervinho.

When it rains, it pours…

At this point, you have to go back to the middle of October to find the last time that Napoli actually won a Serie A game, 2-0 at home to Verona.  Currently, they are eighth in Serie A, 18pts adrift of joint leaders, Inter and Juventus, and 11pts off the Champions League zone.

Gattuso clearly now faces a difficult “diplomatic” task as he attempts to mediate between owner De Laurentis and his players, re-establishing some sort of harmony in the fractured Napoli environment. In particular, he needs to find a modus vivendi with the leaders of the mutiny, reportedly Belgian Dries Mertens, Koulibaly, Brazilian Allan, Lorenzo Insigne and Spaniard José Callejon. It was significant that many of the above publicly expressed their regret at the departure of Ancelotti.

The players, however, have nothing against Gattuso. They were, more likely, just expressing their disagreement with their club owner. In this complex situation, though, all is not lost.

41-year-old Gattuso is an ambitious coach for whom this is by far the biggest chance of his coaching career. Most observers would acknowledge that last season, as coach to AC Milan, he did well to guide the once glorious but now financially restricted club to 5th position in Serie A. Right now, by comparison, Milan lie 10th, 7 points off the Europa League zone.

During the last six months of “inactivity”, too, Gattuso has not been short of work offers with clubs such as Genoa, Sampdoria, Valencia, Guangzhou in China and Olympiakos in Greece all reportedly offering him a job. In total, 18 clubs have contacted him.

He has waited, though, for this offer, one that takes him straight to a Champions League second round tie with the mighty Barcelona. As a player, Gattuso earned himself a reputation as a midfield battler, someone who provided the ball for the peerless Andrea Pirlo beside him in both the Italy and Millan teams.

As a coach, though, he seems much more cerebral, someone who thinks his way through his football and who spends hours studying rivals on DVDs. With his track record, too, he has no problem dialoguing with his players. Winning the respect of his dressing room is not his problem.

It could be that Gattuso will find a way forward. At the very least, today’s Champions League draw against Barcelona, has thrown him an enticing objective, even if it could seem a siren call that will see Napoli crash on the Catalan rocks. One thing is sure, he will relish the challenge.