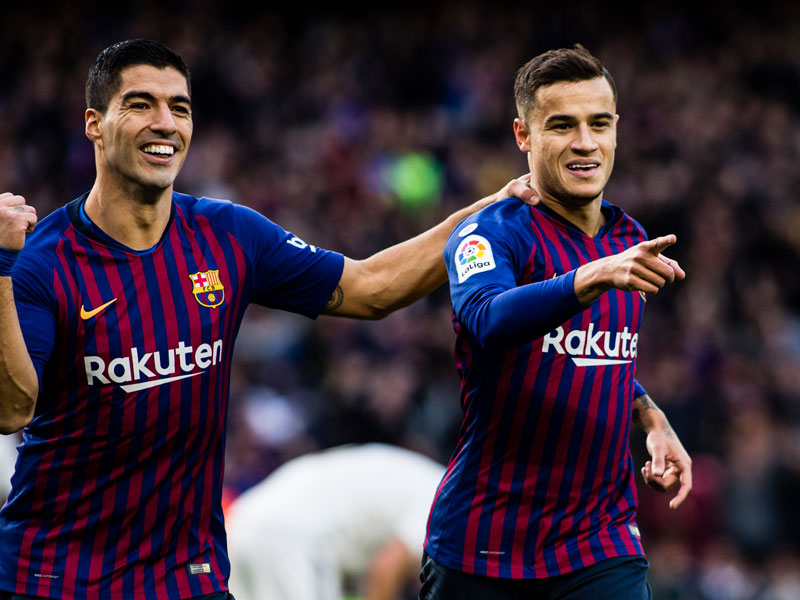 For the record, along with the hat trick by Uruguay’s Luis Suarez, Barcelona also celebrated one from a Brazilian, Phillippe Coutinho, and one from a Chilean, Arturo Vidal.  Real’s scant consolation came from Brazil’s Marcelo.

All of them are highly experienced players. Coutinho, 26, is the only one under 30. And all have given, or are in the process of giving, the best years of their career to the European club game. South America developed them, but gave them the briefest of professional starts. Vidal moved across the Atlantic just past his 20th birthday. The others all took the trip as teenagers.

The consequences of this on South American club football are obviously disastrous. Instead of selling its spectacle, South America is continually selling its stars – before they have reached an age and a footballing maturity to be anything other than potential stars.

It also creates a dangerous dependence. South American clubs need to sell in order to balance the books. Many build their business model around such sales – which are a short term blood transfusion, but not a long term solution. Some of those involved in running South American club football may even have a vested interest in its failure – since this creates the necessity to sell, and thus the opportunity for enrichment, legal and otherwise.

The lack of quality on the pitch has other negative side effects.  In the absence of special talent, more emphasis is placed on guts, on will to win, on durability.  High profile, high stakes games often take place in a dreadful spirit, more fought than played.  And when the spectacle lacks sparkle, winning becomes even more important, almost the only value to be taken away from the stadium. And so time wasting – especially by goalkeepers – can get completely out of hand. The key word – ‘how’ – can be forgotten when victory is always its own justification.

Such an environment inevitably breeds insecurity.  Coaches have no licence to lose, and thus have little room for experimentation. The easiest route is the cautious one – defend deep, wait for the opponent’s error and charge on the counter attack.  But the lines of the team are so strung out; long kicks forward, seldom precise, are necessary to link the lines, and it is hard to achieve numerical superiority close to the opposing goal. There is, therefore, a crisis of ideas on top of a lack of individual quality.

But hope springs eternal in football – and the ghost of a folk memory still echoes round the South American mind. The best of a glorious tradition lives on in the likes of River Plate’s Colombian playmaker Juan Fernando Quintero, an old style, imaginative figure who might almost have stepped out of a black and white photograph. It lives on in Renato Portaluppi’s Gremio, a side with an admirable commitment to a possession-based game.

Last week their meeting in the first leg of the Copa Libertadores semi final was something of a disappointment – which is almost exclusively down to River. At home, they were unable to play their way through the Gremio defence. The Brazilians were without their two leading attacking talents, playmaker Luan and striker Everton, and were understandably cautious. They scored the only goal from a corner, and are entitled to celebrate a magnificent result.

In Tuesday night’s return game, it would be wonderful if the neutral, too, had plenty to celebrate after a meeting which has the potential to show off some of the best of the South American club game.