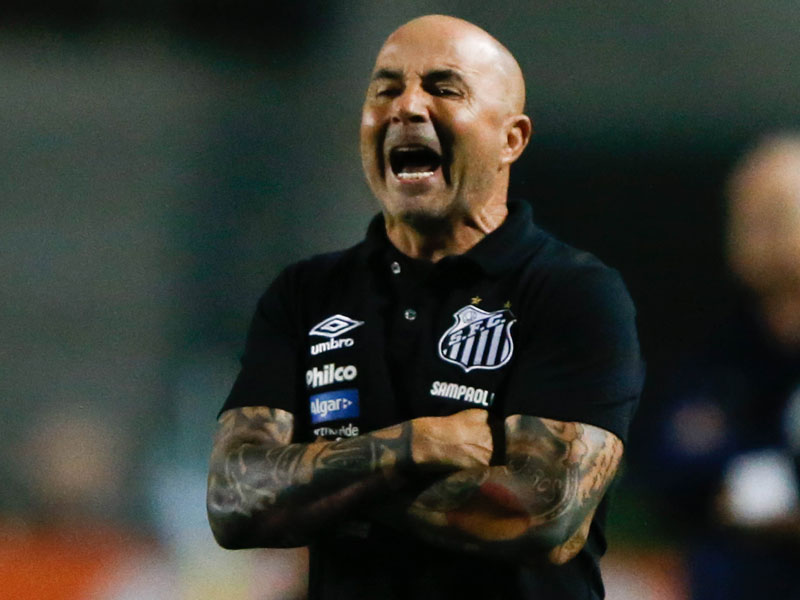 There is a reason that Brazil’s results improved so dramatically as soon as coach Tite took over three years ago.

The context here is the lack of job security of domestic coaches, and a calendar so packed with games that innovation is difficult as well as risky. And so the mindset is cautious; deep defences, centre backs on top of the goalkeeper. And this, of course, has repercussions on the rest of the team. It means that the lines are far apart from each other, and that unreliable long balls are needed to link sectors of the side. The problems of Brazilian football are by no means restricted to the drain of talent to Europe and elsewhere.  There is also a crisis of ideas.

Thankfully this crisis has now become clear – especially after last year’s Copa Libertadores, where despite a significant financial advantage over their continental rivals, Brazil’s clubs fell by the wayside, victims of their own excessive caution.

It means that a battle is now raging for the soul of the domestic Brazilian game. There are coaches trying to put into practice a bolder model of play, defending higher, seeking to dominate possession and impose themselves on the game. The home grown Fernando Diniz is attempting this on a shoestring with Fluminense. Former Chile and Argentina boss Jorge Sampaoli is making an impact with Santos. And now their ranks have been swollen by the arrival from Portugal of the ex-Benfica and Sporting Lisbon boss Jorge Jesus.

A few months back Jesus was linked with Vasco da Gama and Atletico Mineiro. He did well to turn them down. Instead he signed with Rio de Janeiro giants Flamengo, who offered him two massive advantages; a squad of undoubted depth and quality, and the timing of the deal, where Jesus could use the Copa America pause to spend time on the training ground and bed in his ideas.

And his home debut turned into a party. A packed Maracana could hardly contain its joy as Flamengo dispatched Goias, flying high in the table, with a 6-1 rout.

The work of the coach was plain to see. Especially striking was his use of the two wide midfielders; left footed Everton Ribeiro played on the right, and right footed Giorgian De Arrascaeta on the left.  But both operated in a corridor well in from the touchline – outside the comfort zone of the Goias marking midfielders, but not blocking the overlap of Flamengo’s attacking full backs. As a consequence, there were angles all over the place for quick passes – between the full backs and the attacking midfielders, behind to playmaker Diego and forward to the front two. With proximity between the lines and angles for a pass, Flamengo made the ball fizz, constructing a succession of quick one and two touch moves, and they could easily have scored double figures.

But there is always a risk.  The slightest lack of intensity in the marking once the move breaks down leaves the defence extremely vulnerable. There were times when Goias got into the space behind Flamengo’s high line – indeed, only the width of the near post stopped the visitors taking a 2-1 lead. Goalkeeper Diego Alves does not look entirely comfortable in the sweeper role – the previous Wednesday, in the debut game of the new coach, Flamengo were very lucky to come away with a 1-1 draw away to Athletico Paranaense in the first leg of the domestic cup quarter final, when the keeper got away with a clear case of handling the ball outside his area.

The big games come thick and fast. The return match against Athletico is this Wednesday. In the next two midweeks Flamengo face Emelec of Ecuador in the first knock out round of the Copa Libertadores – the club’s clear priority. The Jorge Jesus project could be blown off course with quick eliminations from these knock out competitions.  But in the battle for the soul of the Brazilian game, his time in charge of the country’s most popular club is already proving a source of footballing fascination.