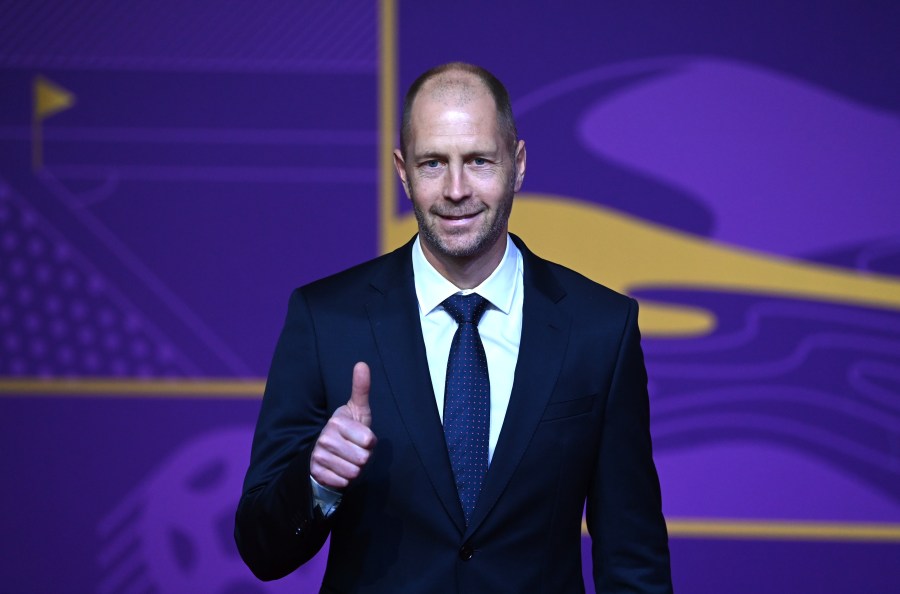 What are your reflections on the qualifying campaign?

First and foremost, it was a great learning experience for the group to see our guys battle through not only the difficulties of the games, but adversity with injuries and with results not going our way at times. It was great to see how we responded, and in the end, we really grew together as a team. I’m proud of how this group can fight when we need to and can respond when called upon.

Did those four points against Mexico represent a shift in the region’s balance of power?

What I would say is the region is strong. When you look at the results throughout all of qualifying, these games are highly competitive, so I wouldn’t just point to the two games in qualifying against Mexico. I’d also look at the two finals that we won against Mexico, look at Canada tying Mexico away and beating them at home, and Costa Rica tying them away. It’s a highly competitive region, and you’ve got to be up for each and every game. In terms of our group, what I’ve seen is the group has grown, the talent has matured, and I think it’s going be a strong team for years to come.

You have been with the national team for four years. What’s your biggest achievement you feel?

I think that the process of building the group from the end of 2018 until now has been the most gratifying. To see how the team has matured and grown together as a group and along the way has won some championships and qualified for the World Cup has been gratifying. Having said that, we won’t be satisfied unless we put in a good performance in the World Cup, and that’s what we’re focused on now.

This pool of players is considered one of the most talented in U.S. history, does that bring extra pressure?

No, it doesn’t. It is a talented group as I was mentioning, but it’s also a young group. We will be the youngest team in the World Cup, and it’s very hard to expect a young team to win the World Cup, so for us, there’s no pressure. We’re going into this wanting to compete, wanting to perform well for ourselves, and knowing that we have a good team and are talented as well.

Chelsea’s Christian Pulisic has struggled for playing time. Does that worry you?

Christian is a competitor. He’s a fighter; he finds a way to get on the field and make an impact. He’s done that throughout his years in Dortmund, and he’s done that at Chelsea. He’s shown up at big moments and scored big goals both for the national team and for his club team, and we’re confident he’s going to be able to do that again.

What are your thoughts on facing England, Iran and Wales?

On paper, we have by FIFA rankings the hardest group in the World Cup. When you look at Wales, it’s a veteran team, a team with a lot of experience, a very physical team that doesn’t give up a lot of chances so that is certainly a difficult opponent. Looking at England, they are probably one of the favourites to win the tournament. As I’ve said before, they are a “billion-dollar squad” and a well-coached team. Any game against them is going to be highly competitive. And then finally Iran is a team that is returning to the World Cup after a 2018 appearance and is experienced. It’s also a very good defensive team that will be difficult to break down, so we have our work cut out for us and we’re going to have to be performing really well at the World Cup to get through to the next round.

The Iran tie stands out for its political undertones. What do you expect from it and what are your memories from the match in 1998?

What I would say is we’re focused on the soccer side of it. We’re not making that political connection. We’re looking at it as the last game of the group stage and hopefully, we’re playing to get through the next round.

What will the ambitions of the United States be at the World Cup?

We’re looking at this as two separate tournaments. The first thing is a group stage tournament where we want to finish in the top two, and if we finish in the top two we earn the right to play in the knockout stage. In the knockout stage, I’ve been around long enough to know that anything can happen, and we’ll be focused on playing our best possible game in each and every knockout game and continue to move on.

Is a good World Cup result important as well with the U.S. co-hosting the next tournament in 2026?

Hosts Qatar have been criticised for their human rights and labour law record. Do you support the call by Human Rights Watch and other NGOs for a $400 million compensation fund for migrant workers and their families?

From my understanding, that’s something that’s been presented to our leadership group at the United States Soccer Federation and we’re strongly considering supporting the effort. In terms of what we can do as a group, I think the important thing is to be aware and bring awareness to issues that are important, and those can be different things for different people. Back in 2020 in response to things happening in our own country, the players developed a platform called Be the Change with the idea that every person has the responsibility and opportunity to have a positive impact in their communities. They want to use their voices to inspire action, and along with U.S. Soccer they will continue to do that at the World Cup.