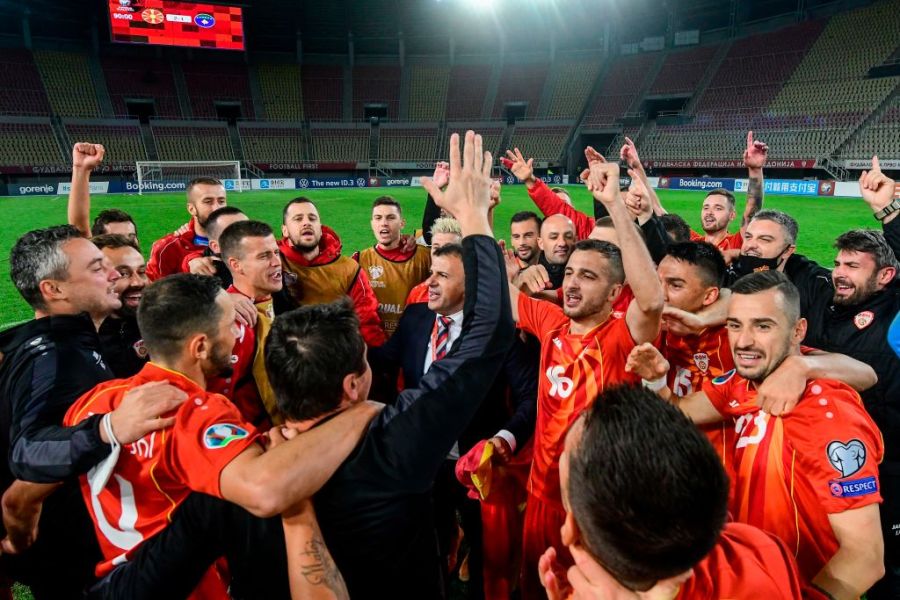 North Macedonia reached their first-ever major tournament via the play-offs, with national hero Goran Pandev netting the winner against Georgia. Despite public gatherings being banned, people crowded the streets waving flags, while fireworks coloured the night sky in celebration. 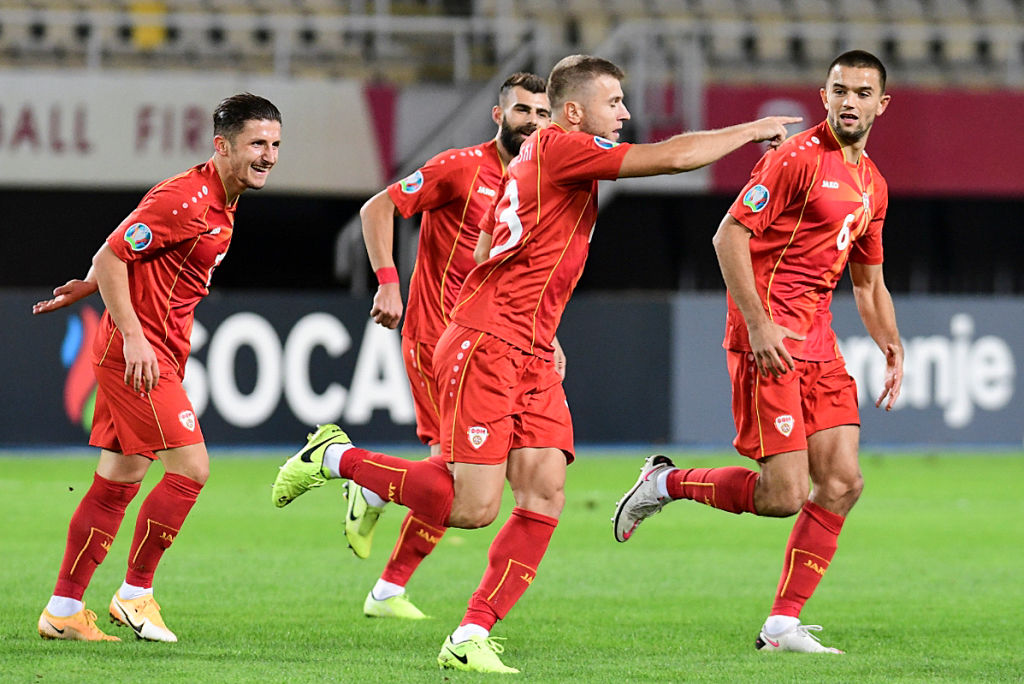 While a passing game favours the creative talents of Pandev and Bardhi, with further dribbling ability coming out wide in the shape of full-backs Ezgjan Alioski and Stefan Ristovski, and winger Eljif Elmas, a more cautious game will be required at the Euros.

Highest-scoring foreign player in Levante’s history and one of the best free-kick takers in La Liga. 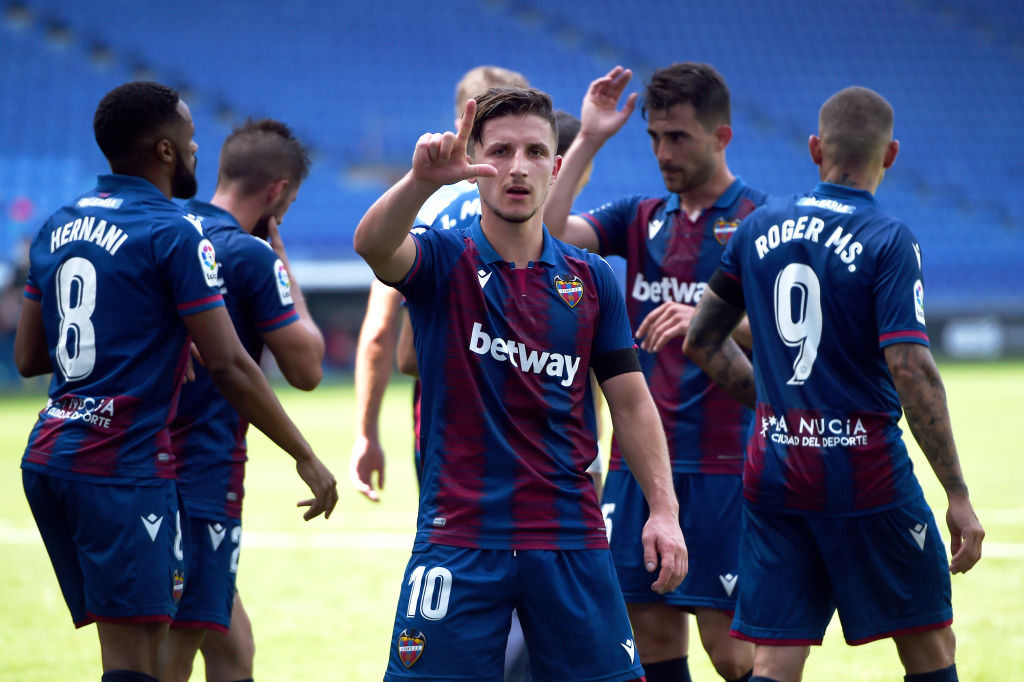 In a notoriously divided region, Angelovski has created a team that is united by its will to win. 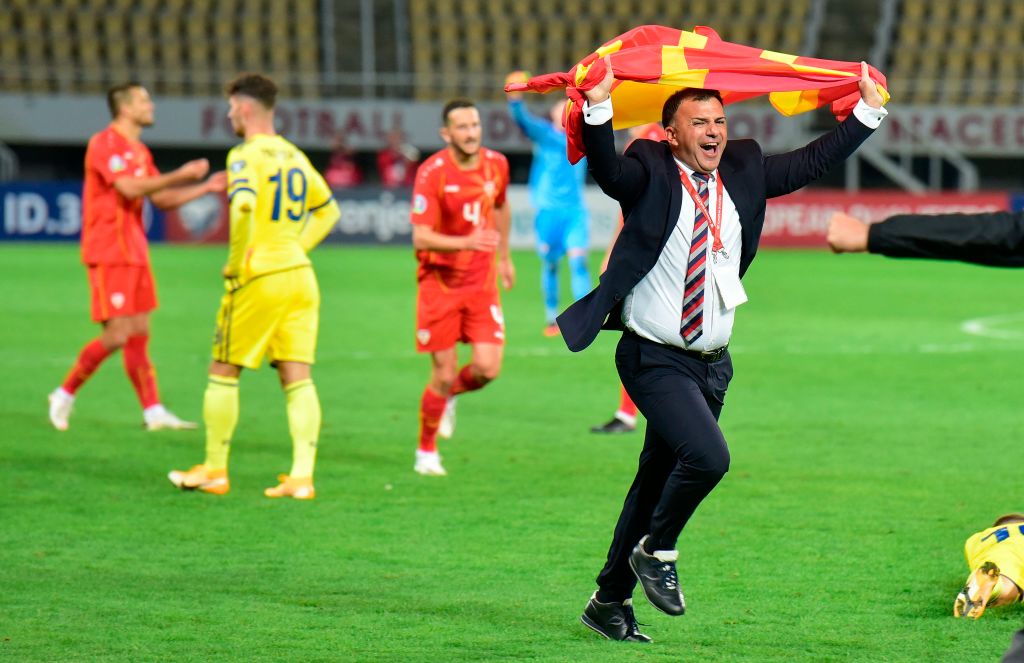 With his gentle touch past the Georgian goalkeeper – his 36th goal in his 114th game – Pandev fulfilled a promise to his children: to come back home from Georgia with a win.

The highest goalscorer in North Macedonia’s history is a Genoa veteran, one of the longest-serving players in Italy. He was a part of Jose Mourinho’s treble-winning Internazionale side in 2010, but nothing compares with the feeling of hearing your anthem at a European Championship.

There were some bad times for Pandev in his relationship with the North Macedonian FA, but he has been proven right in deciding to lead the team again, with the UEFA Nations League offering a chance of qualification. His winning spirit was contagious for the rest of the team. 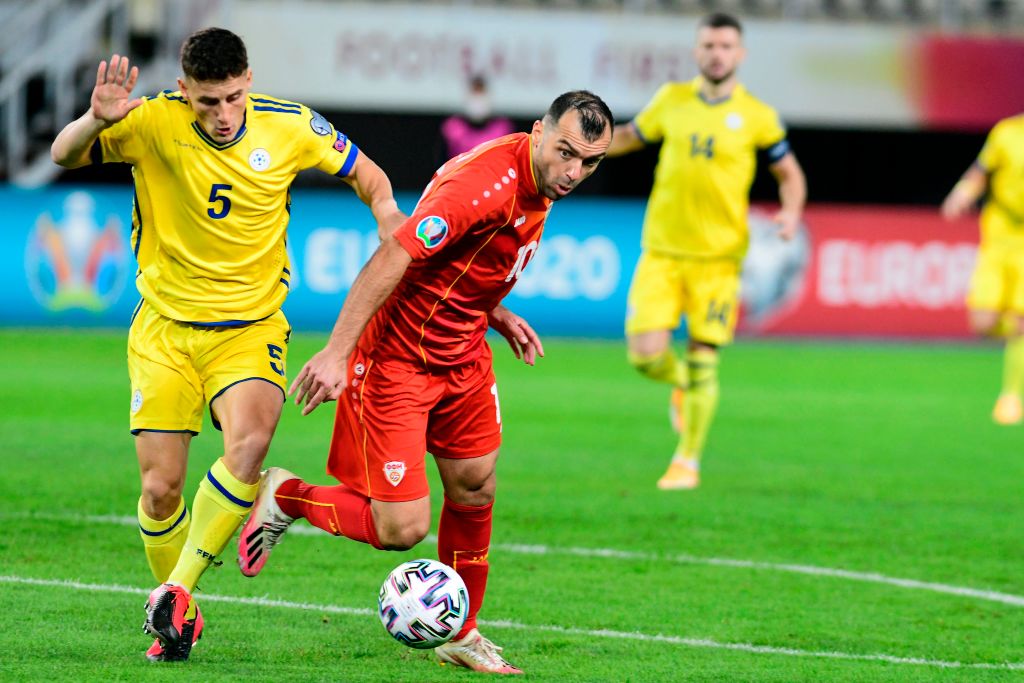 At one point, a coronavirus outbreak within Genoa threatened his chances of travelling to Georgia for the play-off, but fate had other ideas.

Now aged 37, he will struggle to play 90 minutes at the finals, but 20 years after his international debut, he will give everything to make more history for his country.