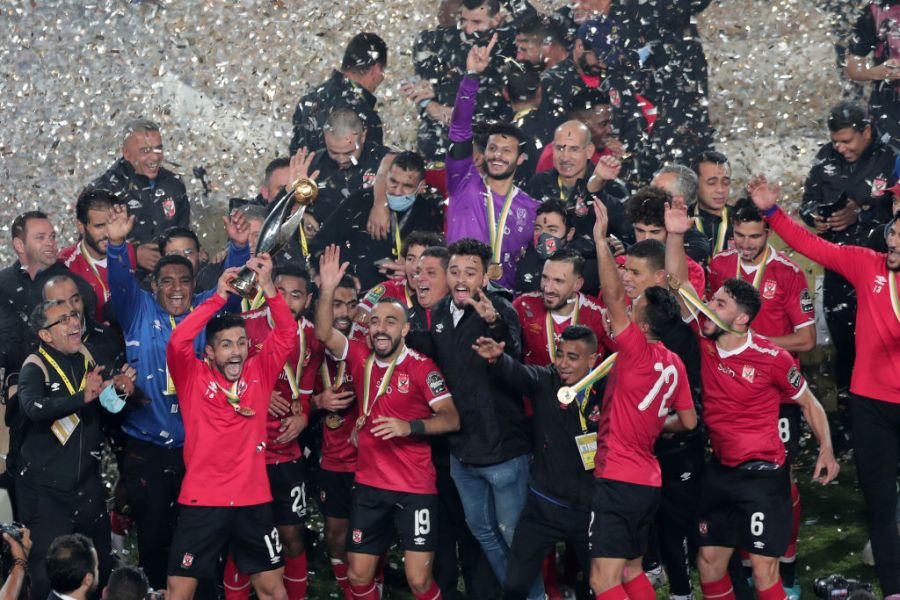 Ordinarily, the forces buffeting up against Al Ahly would have buckled any club. But the Egyptians have shown remarkable resilience in reclaiming their position as Africa’s most successful club.

For almost ten years, the Cairo giants have had to deal with extraordinary socio-political and economic circumstances, and yet finished the decade back at the top after claiming the African Champions League in November.

They now hope to take that further forward in February, as they compete at the Club World Cup for the sixth time, hoping to make an impact on the tournament in Qatar.

The repression that has followed the Arab Spring in Egypt, the 2012 Port Said Stadium disaster, the suspension of domestic football, banning of spectators and the subsequent economic blows should have had them on their knees, but instead Al Ahly completed a triple triumph at the end of 2020 – with domestic league and cup success followed by their first Champions League title in seven years, stretching their record number of titles to nine.

Egypt has been both volatile and vulnerable since the Arab Spring, the social revolution that broke out in late 2010 and, for a short while, promised radical change across the Arabic-speaking world. 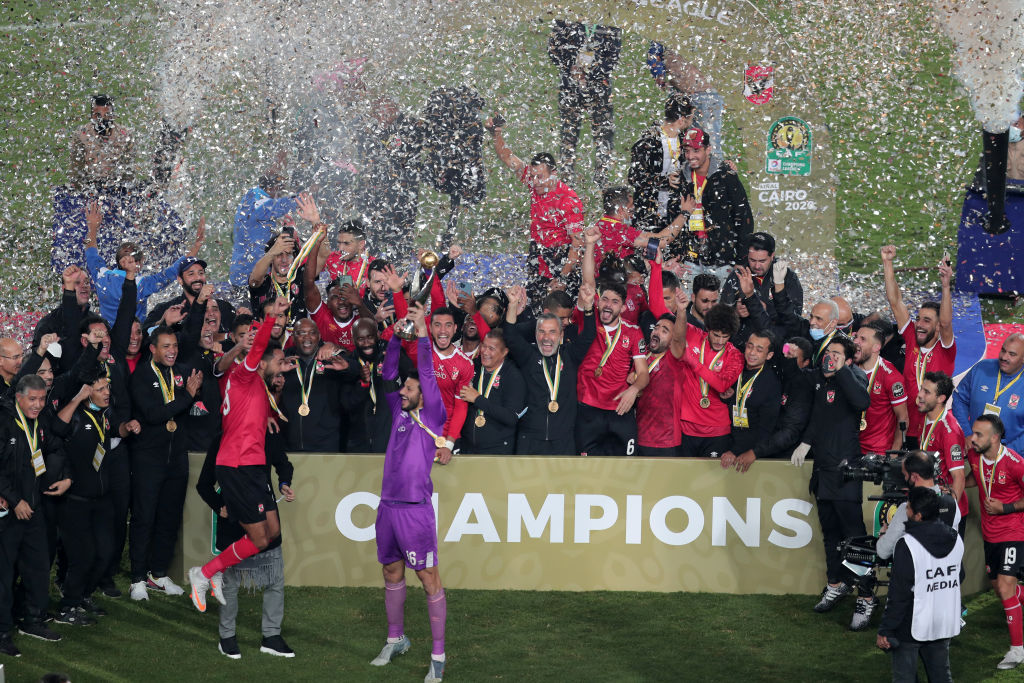 Its genesis was in Tunisia but its height was in Tahrir Square, Cairo, where the daily demonstrations eventually toppled the long-standing military regime of Hosni Mubarak
and lifted the 31-year-old state of emergency.

They were led by Al Ahly’s ultras, who, in the absence of any formal opposition, transferred their organisational ability from the terraces to the political arena and for several heady months looked to be steering Egypt to a democratic future.

But as Egypt embarked on its new elections, so the old security order extracted a bloody revenge.

In early 2012, rival fans of Al Masry set upon Al Ahly supporters in the Port Said Stadium as the police and army turned a blind eye. 74 people were killed, some thrown from the top of
the stands, and over 500 injured.

It had a deep impact on the team at the time, precipitating the retirement of talisman Mohamed Aboutrika and the return to Portugal of coach Manuel Jose, architect of the dominance in Egyptian and African competition over the previous ten years. 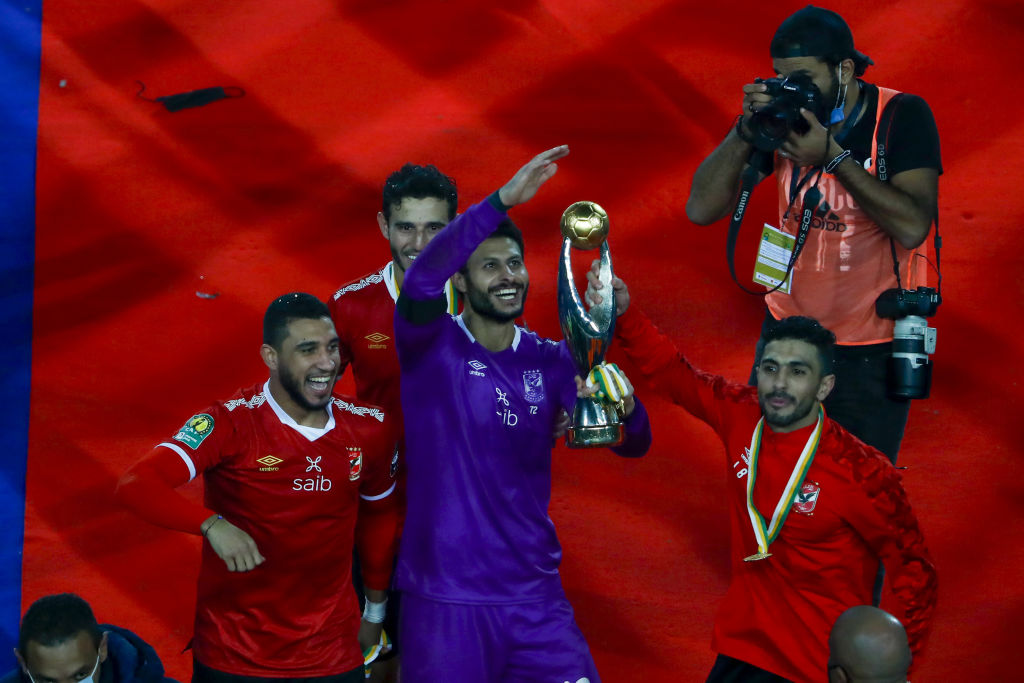 The massacre led to the immediate suspension of the domestic competition in Egypt, although Al Ahly kept playing in the Champions League and remarkably, without any local competition to sustain them, won the 2013 edition.

Two seasons of the Egyptian Premier League were ultimately lost and Al Ahly did feel the pinch. Losing to their namesakes from Benghazi in neighbouring Libya in the early stages of the 2014 Champions League was a low point.

The long-term impact of the Port Said massacre was to close stadiums in Egypt to spectators – a situation that continues to this day.

There have been exceptions here and there when wary authorities have allowed crowds in, when it has been in the best interests of the Egyptian national team or the Egyptian clubs playing in continental club competition to have a rowdy crowd behind them.

World Cup qualifiers, crucial Champions League games and the hosting of the Africa Cup of Nations – a failed effort to paint a situation of normality – have seen spectators allowed back but now with the COVID-19 pandemic, they are firmly closed again.

The shutout over the last eight years has cost Al Ahly millions in lost revenue, as keeping the ultras from organising on the terraces remains a priority for the military regime, whose grip on power is now firmer and more Draconian than ever.

But Al Ahly’s record is a lesson in hardiness. They have kept up a constant presence in the Champions League, shrugging off all the adversity while still remaining the dominant domestic force.

They were Champions League runners-up to Wydad Casablanca in 2017 and losing finalists again 12 months later when they let slip a 3-1 lead from the first leg against Esperance of Tunisia, losing 4-3 on aggregate.

It all finally came together again in November against arch-rivals Zamalek in the delayed 2020 final.

“The Champions League title is very precious for the team because we haven’t won it since 2013,” said influential veteran midfielder Walid Soliman. “This generation realised an historic achievement and gained a great dose of confidence that will help them in the coming ten years.

“It’s so difficult for Ahly to lose titles. We have motivation that sets us apart from the other teams,” he added. 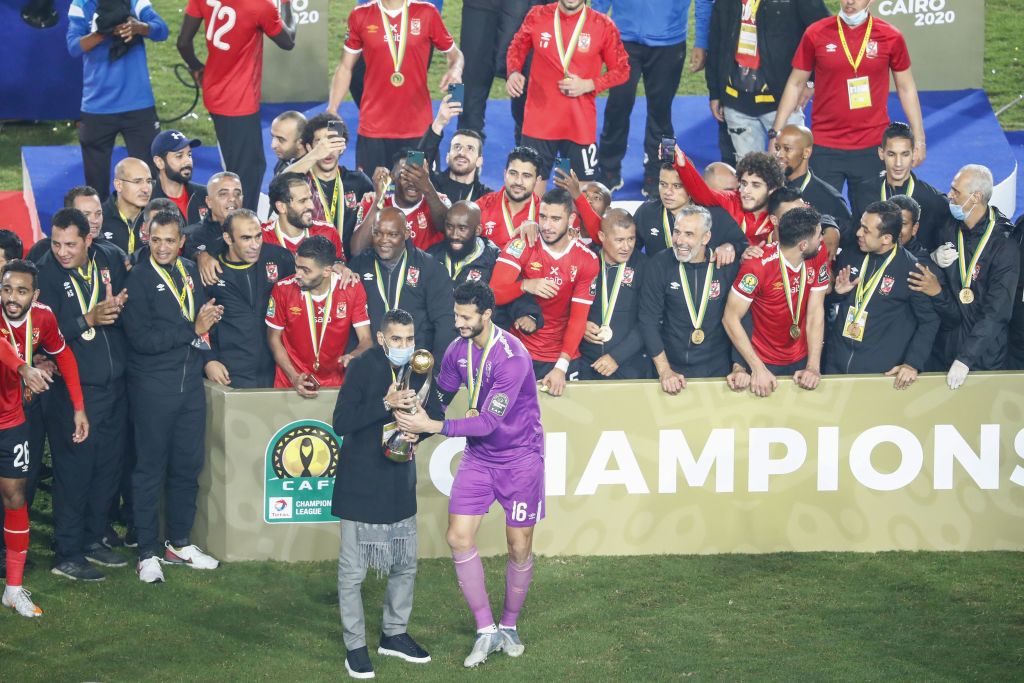 The club has kept its prominent place in Cairo society, even despite the actions of its supporters. They, however have to be differentiated from the club’s members, numbering around 150,000, who enjoy access to a sprawling country club on chic Zamalek island, with impressive grounds, a mini stadium and offering 24 different sports.

It is led by Mahmoud Al Khatib, among the legends of the game in Egypt, who challenged incumbent Mahmud Taher for the club presidency back in 2017.

Taher had a good image as a solid businessman and the steady hand on the rudder, but Al Khatib’s star appeal was too strong a lure for the electorate.

Fee-paying members vote for the club’s administration and have kept Al Ahly on a remarkably even keel with a stable board and conservative approach that has little of the knee-jerk actions so prevalent in the Arabic-speaking sports world.

But they still shred through coaches with the likes of Juan Carlos Garrido, Jose Peseiro, Martin Jol, Patrice Carteron, Martin Lasarte and Rene Weiler having come and gone, none lasting more than a year.

Swiss-born Weiler, formerly at the helm of Nurnberg in the Bundesliga and Anderlecht in Belgium, laid the foundation for the 2020 success, but left during last year’s lockdown.

“Ahly are a club that needs to feel total commitment from its coaches. Weiler had his family back in Switzerland and wasn’t sure about staying and as soon as there was that hesitation, they were happy to let him go,” explains prominent Egyptian TV analyst Amr Shaheen.

“Ahly are not a club who set targets. They have to win everything in front of them,” he adds.

New coach Pitso Mosimane seconds this: “They have the right attitude for the game, they go for it.”

He was a surprise appointment from South Africa, where he admits he was often bemused in his home country by a laissez-faire attitude from some players. “There were some games where we’d ask ourselves, ‘what happened to the team today, why are you not committed’. You won’t find that here in Egypt – the culture and mentality is on another level. They go for it and they bash each other…they are big boys here.”

Al Ahly’s Champions League success means they compete in the Club World Cup in Qatar, looking for a much-improved performance on past flops.

While the likes of Moroccan giants Raja Casablanca and DR Congo’s TP Mazembe have finished runners-up in major breakthroughs for the African game, Al Ahly have disappointed, notably suffering embarrassing loses to Al Ittihad of Saudi Arabia in 2005 and Adelaide United in 2008, even though they have been to the competition considerably more times than any other African side.

Having weathered all the difficulties of the last decade at home, there is a sense it is now time for the club to elevate their profile at events like the Club World Cup and match the South American and European opposition.

“They want to win everything,” adds Mosimane. “When I came they said you must win the Champions League. Then it is, ‘no, you must win the Egyptian Cup’. Then the CAF Super Cup. Then the Club World Cup. You always have to do more, it is never enough.”

This article first appeared in the February Edition of World Soccer. You can purchase old issues of the magazine by clicking here.