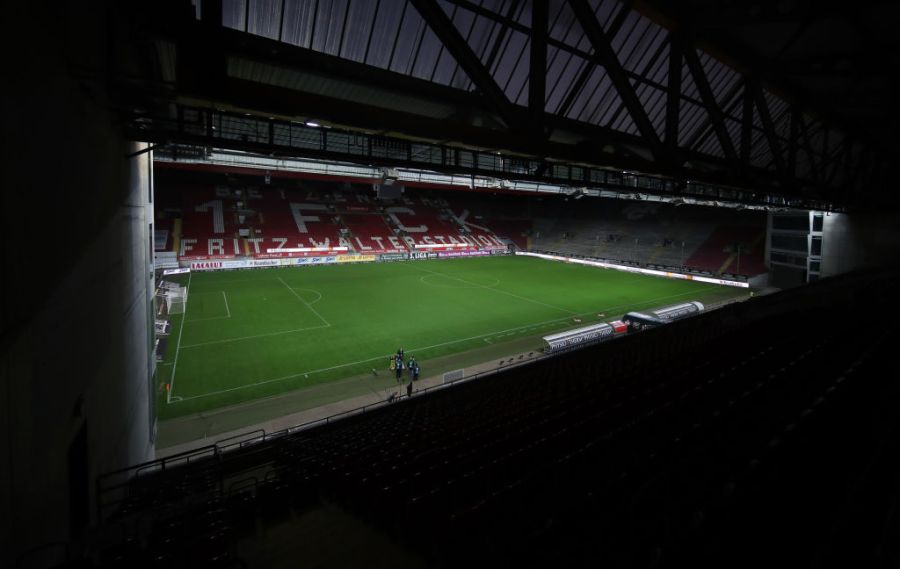 Sometimes miracles can happen; at least where football is concerned. Just 22 years ago Kaiserslautern defied the odds by winning the Bundesliga. They’d won it once before, but this was even more special. They had only been promoted the season before, and yet here they were – champions of Germany. It was, and still is, one of the biggest shocks in the nation’s footballing history. A fairy-tale season with the happiest of endings.

“It was so crazy,” says Miguel Palmas, a lifelong supporter and member of the ultras group Devil Corps. “No other German team had ever done this, and I’m pretty sure it will never happen again.”

Now they need a miracle just to reach the second tier. The Bundesliga is a distant dream, and the glory years of the past are a vague memory.

Situated within Rhineland-Pfalz, the city of Kaiserslautern has a population of less than 100,000, yet its football team has consistently overachieved. Die roten Teufel (The Red Devils) provided five members of West Germany’s 1954 World Cup triumph – including captain Fritz Walter, the club’s greatest-ever player. In 1963, Kaiserslautern became a founding member of the Bundesliga, where they remained until being relegated for the first time in 1996. 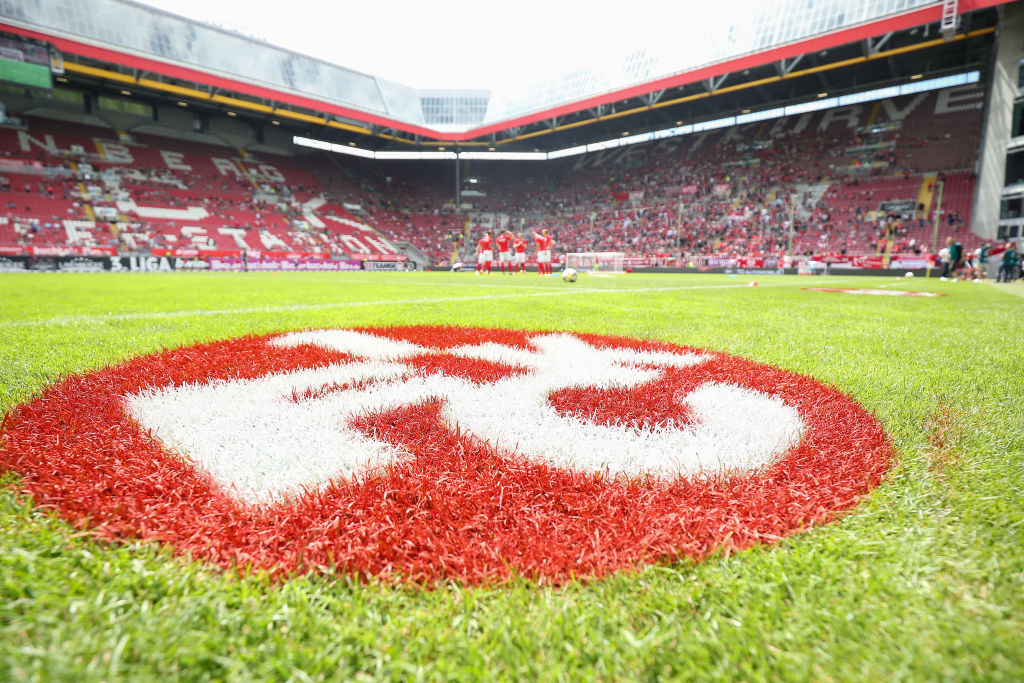 General view inside the stadium ahead of the 3. Liga match between 1. FC Kaiserslautern and SpVgg Unterhaching at Fritz-Walter-Stadion on July 20, 2019 in Kaiserslautern, Germany.

It was only as recently as 2012 that Kaiserslautern last competed in the Bundesliga. They’ve played in the league for 44 out of its 58 seasons. But a lot has changed since then; their role as a top-flight club has almost been forgotten. Few have fallen quite like Kaiserslautern.

Die roten Teufel now find themselves in the lower reaches of German football, competing in the third tier, where they’ve been since 2018, desperately trying to keep their heads above water. In this league, Kaiserslautern are giants. Winning is paramount. Pre-pandemic average attendances of more than 20,000 were comfortably the highest, and more than double the league average of just over 8,000.

At the end of February they were 15th, one point above the relegation zone, having won just once in 2021. Their Fritz-Walter-Stadion, one of the country’s largest grounds outside the Bundesliga, had only hosted one league victory all season.

Relegation would mean not only the fourth division, but regional football, where many are semi-professional. Which prompts two simple questions: Where did it all go wrong? And how?

When things don’t go according to plan the first thing most think of is, who is responsible? Who is to blame? There must be someone, something. Each fan has their own unique perspective, but most agree that those in positions of power at the club are responsible for the mess. For Miguel, it can all be traced back to one particular match.

“Quarter-final. Champions League. Bayern Munich. 1999,” says Miguel, a tall, muscular, larger than life character. “After this, it all went pear-shaped. They beat us heavily. We didn’t stand a chance. But we earned a lot of money from the competition and we went all in.”

The side’s 6-0 aggregate defeat had prompted the board to make a series of financial gambles far beyond the club’s means – a decision that would later have serious consequences. 1998 World Cup winner Youri Djorkaeff arrived from Inter, while Mario Basler joined from Bayern on a lucrative contract. But the risks didn’t work. At least not in the way it was hoped, and the funds dried up.

Although Kaiserslautern went on to reach the UEFA Cup semi-final two years later – only to be denied a chance to face Liverpool in the final by Alaves – their league position deteriorated significantly within a short space of time. They’d gone from champions in 1998, to a bottom-half side in 2005, before relegation came in 2006.

“After the money was gone it all went wrong,” Miguel continues. “You can say that after that Bayern game you had some ups, but it all went steadily downhill. We are actually a really great club, but over time those who have run it have made some really bad choices.”

Those at boardroom level and politicians had fought tooth and nail to bring the World Cup to Kaiserslautern, and in 2002 their dream became a reality. Over the following three years
the Fritz-Walter-Stadion was renovated and turned into a near 50,000-seater in preparation for the 2006 tournament.

However, hosting the World Cup is one thing, paying for it another.

It was supposed to benefit both city and region, but did neither. Instead, it cost the club an extortionate amount, and despite talk of financial support from the region, the club were left to foot most of the bill. For Miguel, it was “one of the last nails in the coffin.”

Kaiserslautern found themselves engulfed in a financial crisis so severe that they were forced to sell their stadium rights to a consortium in 2003 – before the World Cup had even begun, in an attempt to ease bankruptcy fears.

“With the knowledge of today, hosting the World Cup was the worst thing that could have happened to us,” Miguel says.

The city demanded annual rents of €3.2 million – a comfortable price for a Bundesliga club. TV rights alone would easily pay the fee. The problem is that since 2006, Kaiserslautern have only spent two seasons in the Bundesliga.

“How can we pay that? When they drew up the contract [stadium rent], they thought Kaiserslautern would play forever in the Bundesliga,” he says passionately. “We have had to sell our stars players, one by one”. A long list follows, Miroslav Klose the undisputed pick of the bunch. Getting rid of them was the only option, he tells World Soccer. “It’s a very difficult situation.” 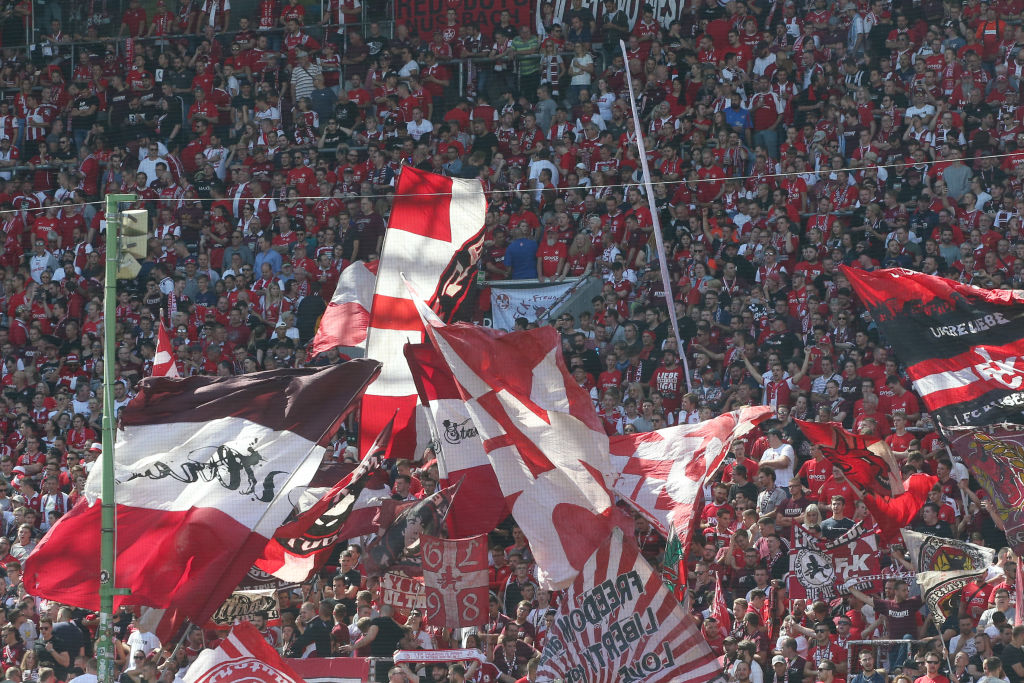 Although rents have reduced slightly in recent years, it hasn’t helped solve the club’s financial burden. Being on the verge of bankruptcy has become commonplace. Discussions to buy back the stadium are on-going, with potential funding from regional investors – but nothing has materialised so far.

“What we are paying [stadium rent] might not seem a lot, but to a club in the third division with very little money at the moment, it’s a significant sum,” says Miguel. “Right now, we have nothing. No spectators and very little revenue.

“I think we can only succeed if we buy the stadium back. They never had a Plan B and now here we are suffering. With the chairman and the board that are there now…the problems are getting worse.”

What then, if the club were to be relegated again? “Honestly for me I would appreciate it, and I am not joking,” he says. “We have sold our soul.”

How about the fans? “We are very loyal. This is one of the big things here. You don’t need a lot here to make people happy. We don’t need stars or any of this kind of thing. We celebrate
a throw-in like Bayern Munich celebrate a German championship. This part of Germany is very down to earth and that’s how we play football. This club is like a family. If we fall in love with you, you’re one of us.

“But will it be the end for the club if we go down? Never. Never, ever. We’re in a dark place right now but there is so much love and passion around this club. I am pretty sure we will sort things out. Somehow. Somewhere.”

The club can, however, rely on its academy, which has continued to produce talent. Former PSG and now Eintracht Frankfurt star Kevin Trapp, RB Leipzig’s Willi Orban, and Leeds United’s Robin Koch to name a few.

“We always bring fantastic young guys through, and this has helped us out. It’s one of the last financial assets we have.”

But even here there have been problems over the years, most notably with the curious case of academy product Weston McKennie, who spent three years at the club while his father was stationed at the nearby Ramstein Air Base.

“They didn’t want to pay out for an academy place for him. Three meals a day, a place to sleep and an education in school – that’s it. So he went back to the USA. Then he goes to Schalke and now he’s at Juventus! This is the kind of thing that we deal with. It’s always short-term, never long-term. They see the talent, but they don’t want to act because they don’t know how things are going to be tomorrow.”

While there is always hope that the club could perhaps one day return to its former glory days, most understandably feel that those days are long gone, and are unlikely to ever return. “No, that was a fairy tale, man,” says Miguel. “Those days are no more. I’m not a religious person but I’m telling you since we won the Bundesliga in 1998, somebody sold their soul. Since then, we are suffering.

“It’s like a bad Hollywood movie. But no, honestly, we cannot ever get back there. There are so many huge clubs now in the Bundesliga. I still applaud every young person in the stadium whenever I go because they have never seen any success whatsoever. They only see rubbish football.”

Things may be bleak for Kaiserslautern at the moment, but it’s a football club that means so much to so many. The working-class culture, the passion, and the sense of togetherness in
good times and bad.

“Kaiserslautern means everything to me,” Miguel says. “It has defined me since I was a little kid. It still gives me chills when I go there. I grew up seeing players with less ability than their opponent on the pitch and winning the game. Not once, twice, but on a regular basis. We might be a small club, but we have triumphed so many times.

“We forget where we are. We forget what made us so strong. Holding together and co-operating with one another. There are really not many up sides here at the moment. But you don’t choose your club, it chooses you, eh?” he says with a smile.