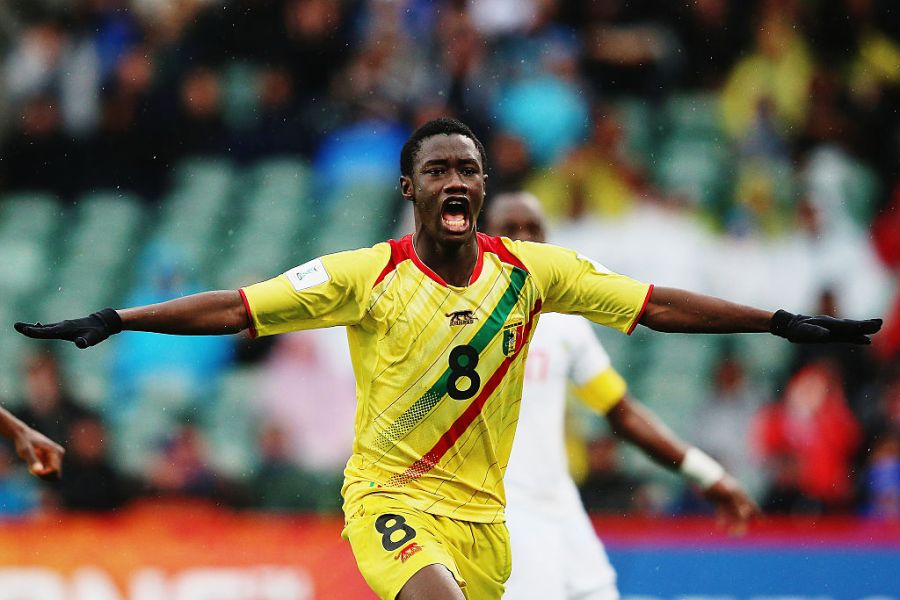 2006 marked a significant turning point in the history of football in Ivory Coast. Having spent decades as relative minnows on the world scene, the West Africans began the year by reaching the final of the Africa Cup of Nations – losing on penalties to Egypt – before appearing at their first-ever World Cup in the summer. It was to be the first of three consecutive qualifications, before their crowning achievement in 2015: victory in the Africa Cup of Nations.

Subsequent failures to go beyond the AFCON quarter-finals, or reach Russia 2018, demonstrate just how much their unprecedented golden age owed to a superb generation
of talent.

Yet, if it were not for the vision and innovation of a little-known Frenchman, those stars may not have emerged, and the golden years would never have happened.

In the 1990s Jean-Marc Guillou, a former France international, had grown disillusioned with the European game. After a few short stints as a coach in France, he sought to revolutionise academy coaching, but found his efforts scuppered in the rigidly controlled European scene.

Guillou needed a new environment. Africa was just starting to emerge on the world scene, with Roger Milla and George Weah growing into icons, and Guillou was one of the first to realise the untapped potential on the continent. In 1994, he birthed what is known today as the JMG Academy in Abidjan, the capital of Ivory Coast. 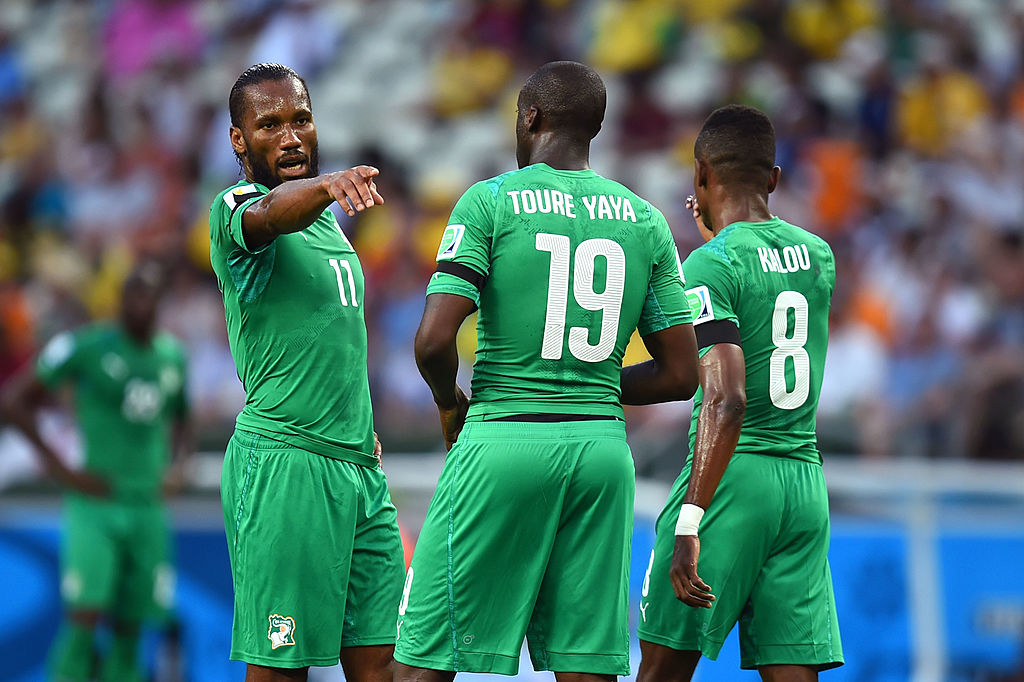 Didier Drogba (L) of the Ivory Coast gestures to teammates Yaya Toure and Salomon Kalou during the 2014 FIFA World Cup Brazil Group C match between Greece and the Ivory Coast at Castelao on June 24, 2014 in Fortaleza, Brazil.

“Jean-Marc prepared for six years,” Mamadou Wad, JMG’s administrator remembers. “We organised trials across Ivory Coast, checked the kids for their heights and weight to make sure they were the right age and watched them play.”

To find players, Guillou travelled across Ivory Coast observing games with a watchful eye for talent. He casted calls for trials on local radio stations, on posters and on television. Thousands flocked to prove themselves in front of the renowned Frenchman.

Some of the very first players discovered by Guillou included Kolo Toure, Boubacar Barry and Didier Zokora, but that was just the start. Yaya Toure, Salomon Kalou, Gervinho, Emmanuel Eboue and Siaka Tiene all began their careers under the stewardship of Jean-Marc Guillou, accounting for eight of the ten most-capped players in Ivory Coast’s history.

Despite the plethora of stars, a sense of loss lingers over the legacy of Guillou’s generation. There is a consensus around the world that Ivory Coast of the 2000s should have achieved more. But the blame does not lie with JMG, according to Wad.

“I feel that the federation of Ivory Coast could have managed the group better. This team should not have won just one Africa Cup of Nations, it could have been two or three.”

Having grown disillusioned with his project in Ivory Coast in 2007, Guillou moved his main base to Bamako in Mali.

Here things are different. “We are trying to work closely with the federation,” Mamadou Wad says. “We don’t want to make the same error as we did in Ivory Coast.”

After a little over a decade of work in Bamako, the same formula of player development is beginning to form in Malian football as it did in Ivory Coast. Yves Bissouma, Amadou Haidara, Diadie Samassekou and Mohamed Camara may not be household names just yet, but they soon will be.

Between 2015 and 2019, Mali were one of the most consistent international teams at youth level. In 2015, the country’s Under-17s won the first of two back-to-back Africa Cup of Nations, then followed it up by reaching the World Cup final. The Under-20s came third at the World Cup in the same year, then won the AFCON in 2019.

JMG graduates have been at the forefront of Mali’s success. In every generation there were at least three or four players from the academy in the starting line-up, and those who moved to Europe on the back of impressive tournament performances have mostly been the youngsters who honed their skills with Jean-Marc Guillou.

Salzburg has been the most common destination. Samassekou, Haidara and Camara were all snapped up by the Austrian giants, and in January Red Bull purchased a further three graduates from JMG.

But there are close links in France too, and some have even ventured as far as Ukraine and Russia to play professionally.

“I am convinced we will have the same success as we did in Ivory Coast,” Wad says. “I think Mali could be one of the best teams in Africa for the next 15 years.”

It is a bold statement. But given JMG’s record with Ivory Coast, it is hard to dispute.

A total of nine graduates from the academy made it to Mali’s 2019 AFCON squad, showing Guillou’s influence in the senior set-up.

Between 2019 and 2020, Mali lost just twice. Once to AFCON finalists Senegal and the other to a far more experienced Ivory Coast team.

Impressively, Mali’s team is still growing. The last senior squad in November had an average age of 24.86, with 15 of the players aged 25 or younger. And with more and more Malians embarking on European adventures that number could climb even higher.

For the very first time in the country’s history, the 2022 World Cup looks like a tangible possibility rather than a fictional dream.

A group of Kenya, Uganda and Rwanda seems winnable on paper, and then only a play-off game will await to determine Mali’s place at the tournament.

Even the play-offs would be an historic landmark for the Malians who have never come as close to making it to the competition. Faltering at that hurdle would not constitute a failure
for such a young team. Rather it would provide an experience to grow from and to build on a potential qualification for the 2026 World Cup in North America, where the number of African participants will increase from five to nine.

It is no coincidence Mali’s rise began at the same time as Guillou’s arrival in Bamako. Like in Ivory Coast, he has ignited a football revolution in the country.

Not a single academy has come close to matching Guillou’s achievement in Africa. His success is based on two factors. Firstly, identifying talent: “He told me: ‘I look for a player who has a special quality that no other player has. This can be mental, technical or physical quality,’” explains Wad. “Never look at players with preconceived ideas; when you bring them into the academy, the programme is good enough to complement their natural qualities and teach them the areas where they lack.”

And once the players arrive in the academy?

“His philosophy is that first and foremost the ball must be a player’s friend. It must become as natural to his players as using their left and right legs when they move.”

To achieve this, Guillou has implemented some unique methods. At JMG, the players play with their bare feet until the age of 15 and 16 in order to be able to “grasp” the ball better. They have to earn their boots by proving their technical ability first.

Often, they compete against teams who are wearing boots to force the players to pass the ball and move it as quickly as possible. Guillou also forces his younger players to play against older, more physically advanced players in order to help them adjust better to adult football and the physically demanding European leagues. 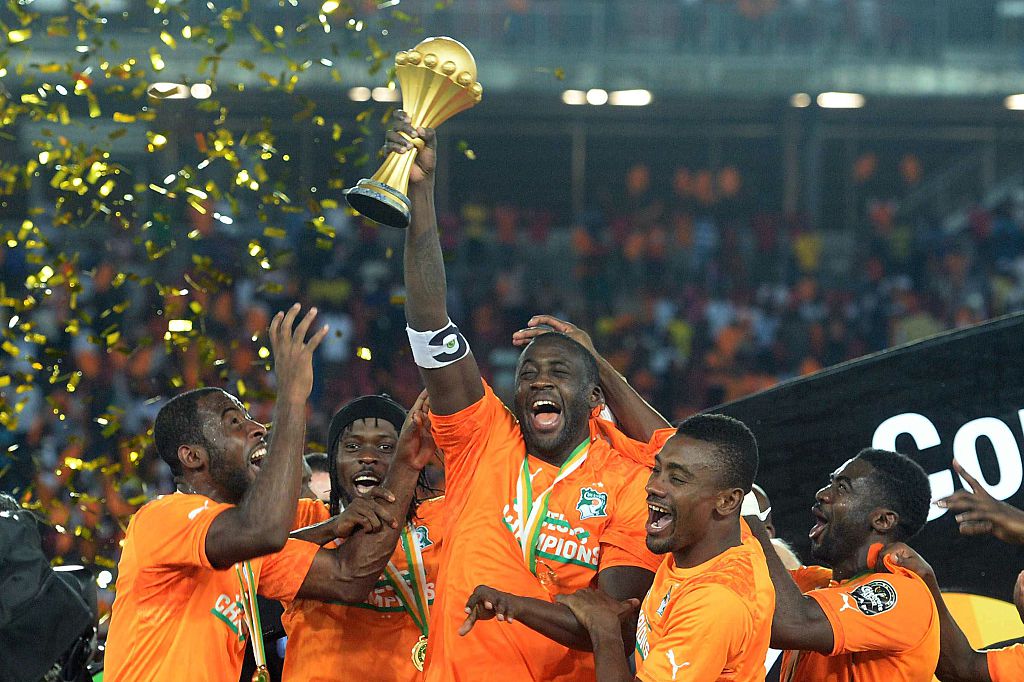 Ivory Coast’s midfielder Yaya Toure (C) raises the trophy at the end of the 2015 African Cup of Nations final football match between Ivory Coast and Ghana in Bata on February 8, 2015. Ivory Coast won 9 to 8 on penalties.

The Frenchman cites South America and the Copacabana as his inspiration for his methods. After all, Brazil produce the most professional footballers per capita.

Technical emphasis is at the forefront of the training sessions. You can see the influence of that on JMG’s best players. Take Yves Bissouma as an example; his technical excellence has attracted the attention of clubs like Liverpool and Real Madrid and has made him thrive in the Premier League at Brighton & Hove Albion.

As a result of this technical emphasis, Guillou’s teams play possession-based football, with Barcelona one of the biggest inspirations.

And that philosophy is rubbing off on Mali too thanks to better communication between the Malian federation and JMG.

Since the last decade, the national team has started to embrace possession-based football. Haidara’s recent goal against Angola was a great example of Guillou’s ideal foundations coming to fruition: every outfield player had a touch in a move of almost 20 passes, before the ball was thumped into the back of the net.

Wad says unlike in the Ivory Coast, JMG has started to influence other academies who are “copying” Guillou’s methods which has also built on JMG’s foundations in the country. Stars like El Bilal Toure, Moussa Djenepo and Sekou Koita are all excelling at elite levels in Europe having been spotted outside of JMG.

“The kids are starting to play on the streets younger now. Before it was hard to find even five good players and now it is difficult to take less than fifteen into the academy,” Mamadou Wad concludes optimistically about the future.

If Wad is to be believed, the best is yet to come.