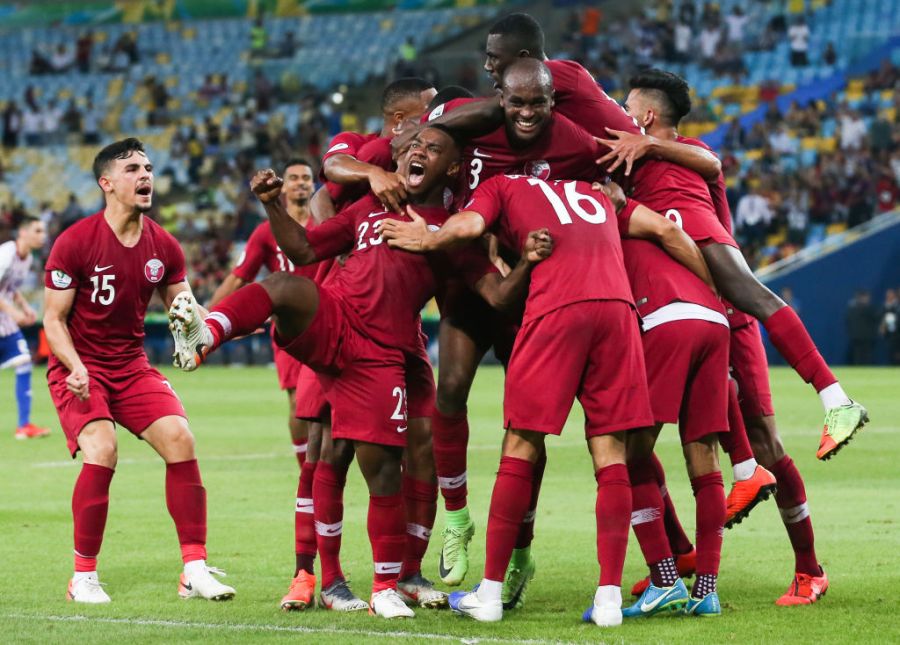 The 2022 World Cup takes place next year – let that sink in – and in Qatar, the clock really is ticking. Preparations were moving briskly along but the global pandemic has cast a shadow over the world of sport and now nothing is certain any more. At least organisers in Doha can watch and learn as tournaments such as the Olympics and European Championship – should they go ahead – try to deal with it first.

It is almost a surprise that Qatar are not participating in that latter competition as guests given their global commitments this year. In 2020 there was not much for the Asian champions to talk about, though there was just enough time late in the year to play four games. There was an expected 5-0 thrashing of Bangladesh, a 1-1 draw with Costa Rica and a 2-1 defeat against South Korea. There was some concern after a 5-1 drubbing at the hands of Ghana in October.

Past tournament hosts have often worried about the lack of competitive action that their teams have before the big games suddenly start on home soil with the pressure and expectations that home advantage brings. Not Qatar. There won’t be the kind of huge demands for success that some predecessors have struggled with and there will be no shortage of competitive games in which to get ready. Qatar’s challenge will be fitting them all in. 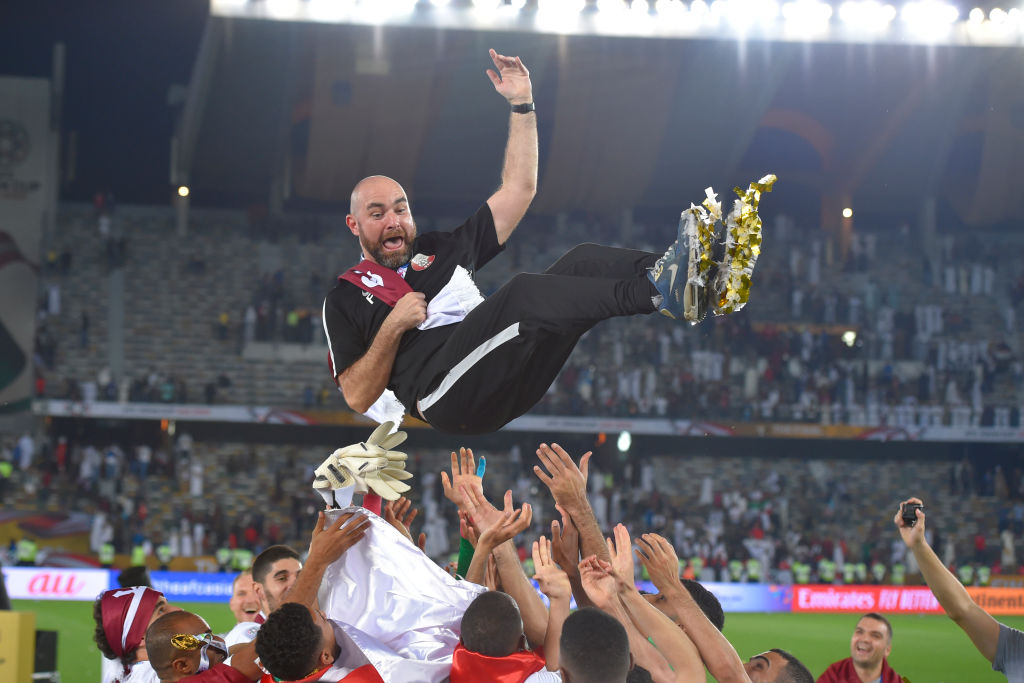 In December 2020, ten years after Sepp Blatter made his shock announcement in Zurich, this tiny country made headlines once again by entering qualification for the 2022 World Cup – in Europe. The Maroons have already started non-competitive qualification in Asia, joining Group E along with Oman, Afghanistan, India and Bangladesh. Sitting in first place with 16 points after six games, four points clear of Oman, if Qatar were not hosts then they would be on course to progress to the third and final group stage, but this is as far as they will be allowed to go (and it also means they will qualify for the 2023 Asian Cup). The second round should have been done and dusted by now but due to COVID-19 there are still two games to play.

This could lead to a fixture clash. In June, the Middle Easterners will head to Colombia to compete in the 2021 Copa America. There will be competitive games against the hosts as well as Brazil, Peru, Ecuador and Venezuela. This will be their second successive appearance in South America, having competed in 2019 fresh from winning the Asian Cup. Although they finished bottom of their group in Brazil, their performances against Colombia, Argentina and Paraguay were better than results suggested. A second bite of the Copa cherry will be welcome indeed.

If that wasn’t enough, there will be – global pandemic permitting of course  – games in Europe either side of the trip to South America. And what a group Qatar find themselves in. European champions Portugal will give the Asians a great taste of what to expect in 2022 against the top teams, but games against Serbia and the Republic of Ireland will be more interesting and the kind of tests that Qatar will need to pass, at least on home soil, if they are to get to the knockout stage in 2022. Azerbaijan and Luxembourg should provide opportunities for a change of approach.

The playing side then is going as well as could be expected, with COVID-19 the biggest threat to the national team getting the necessary action. More attention has been on off-the-field preparations however.

Criticism of Qatar’s treatment of migrant workers and the kafala sponsorship system  – where foreign labourers are tied to one employer – has been constant ever since FIFA made the decision in 2010. While concerns over the safety of workers, especially in regard to the country’s stadium building programme remain, in 2020 a new law that allowed workers in the country to change jobs without their employers’ permission came after the abolition of the exit permit that was needed to leave Qatar. This led the UN’s International Labour Organisation to declare that the kafala system had been “effectively dismantled”. Human rights groups welcomed the new laws, while cautioning that it would all depend on how rigorously the laws were enforced. Scrutiny will be intense and on-going but it seems that progress is being made.

Then there is the official end of the so-called Qatar Blockade. In June 2017, Saudi Arabia, United Arab Emirates and Bahrain severed all diplomatic relations and closed their borders with the World Cup hosts. As damaging as this was economically and politically, it led to bad blood in football too, spilling over into the 2019 Asian Cup where Qatar’s victory in the UAE-hosted tournament was not well received locally. It also caused problems in the AFC Champions League, where teams from the countries regularly meet. And with a World Cup billed as one for the whole region, it would not have been a good look had Qatar been physically cut off from its three closest neighbours. It means the restoration of relations, symbolised by a public hug between Saudi Arabia’s Crown Prince and Qatar’s Emir at the Gulf Cooperation summit in early January led to a sigh of relief all round.

If you told organisers of Qatar 2022 back in 2017 that there would be all kinds of competitive and exciting tests for the national team, the blockade would be over and the criticism of worker’s rights reduced then they would have been delighted. But there is, of course, the problem of COVID-19. 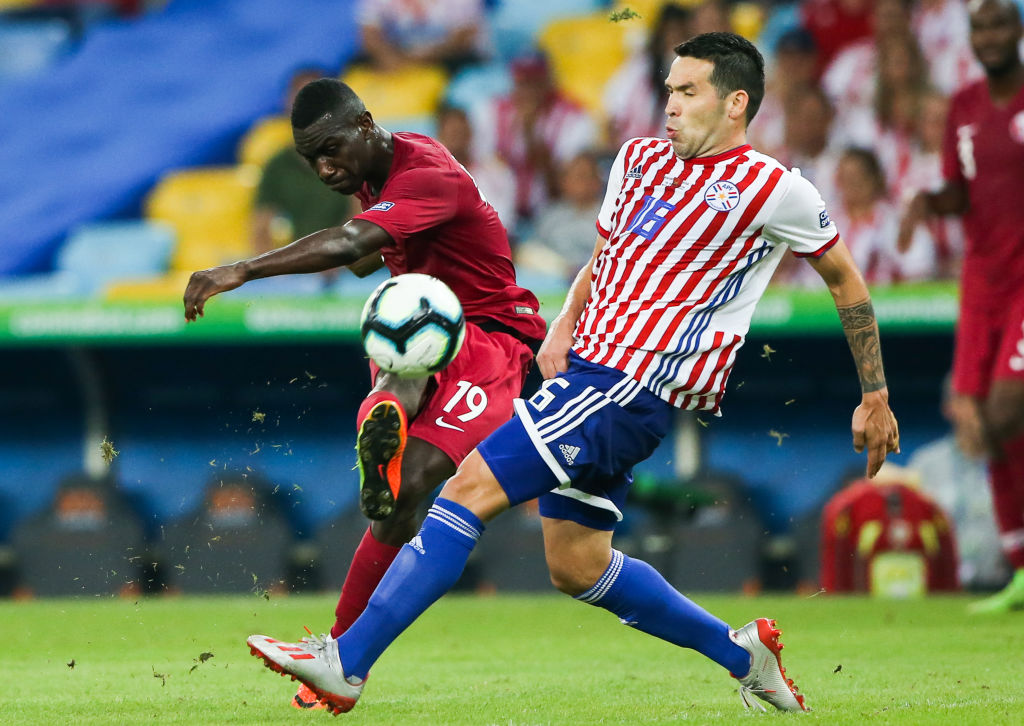 There is enough time before the World Cup kicks off to be reasonably confident that all will be okay in terms of games taking place, though nobody can say for sure. With new variants of the virus springing up, travel may still be an issue. Tens of thousands of fans who had been thinking about some early winter sunshine and lots of football may think again and wonder whether it is worth the effort and the expense. It remains to be seen what state the travel industry is in and with the possibility of games in Europe being postponed over the coming months, 2022’s calendar could be extremely hectic even before the World Cup kicks off.

As you would expect, organisers have been sounding a confident note. “We are going to bring people towards celebrating, what I believe, will be the first global event at the tail end of the pandemic,” Hassan Al Thawadi, secretary general and chairman of the 2022 World Cup organising committee said, adding that the Olympics and others will provide some lessons. “We are observing and learning from these events and have the luxury of two years to learn how to host the world in 2022,” he said.

In fact, Qatar doesn’t have to go far to learn how to deal with COVID. The Gulf nation stepped in to save the 2020 AFC Champions League. The tournament was suspended last March with just one or two group games played. There were few willing hosts ready later in the year but Qatar provided a “bio-secure bubble” and it allowed the group and knockout stages to be finished without too much trouble.

Asian club events are one thing, the World Cup is quite another. Without COVID-19, organisers of the 2022 World Cup would be delighted with where they are at the start of 2021. But with the global pandemic still raging, nobody knows what is going to happen.