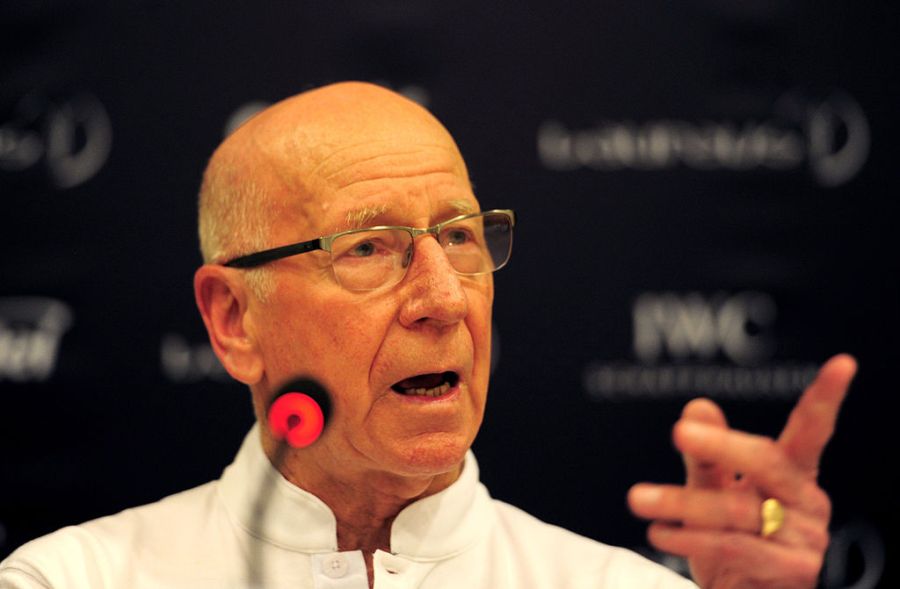 Jim Holden examines the worrying links between football and dementia

When news was released that Sir Bobby Charlton had been diagnosed with dementia, it was the tipping point for football to finally become truly serious about a scandal hidden in the shadows for so long.

He was the fifth member of England’s 1966 World Cup-winning team to suffer from dementia or related illnesses like Alzheimer’s disease, and so joined a heartbreaking list of other famous names from the world of football.

The game knew, but the game neglected its idols. The revelation about Bobby Charlton was one tragedy too many. The Professional Footballers’ Association set up an instant task force, and there was widespread media reporting not only in the UK but also across the globe. The front page of Italian newspaper Corriere Della Sera featured a picture of the 1966 England World Cup team, with a long article on the subject inside.

This was all very welcome, but why had it taken so long?

Compelling evidence about the scale of the issue had been there for two decades and more. The football authorities, as well as players, managers and much of the media, turned a blind eye – perhaps preferring not to believe that heading the ball, such an integral, spectacular and occasionally beautiful aspect of the game, could have such devastating consequences; that it could be deadly.

I first encountered the issue 20 years ago when writing a biography of Stan Cullis, the former England captain and mighty manager of Wolves in the 1950s, who helped to create what is today the Champions League.

He retired early as a footballer fearing that repeated blows to the head, which left him with endless concussions, would gravely damage his health. His last years were spent in a nursing home suffering from dementia. His daughter Susan wrote to the Football Association and did not even receive the courtesy of a reply.

In November 2002 there was an inquest into the death of former England striker Jeff Astle aged 59.

He had been suffering from early-onset Alzheimer’s, and a coroner ruled that repeatedly heading footballs had directly led to his death, and that it should be classified as an industrial disease. 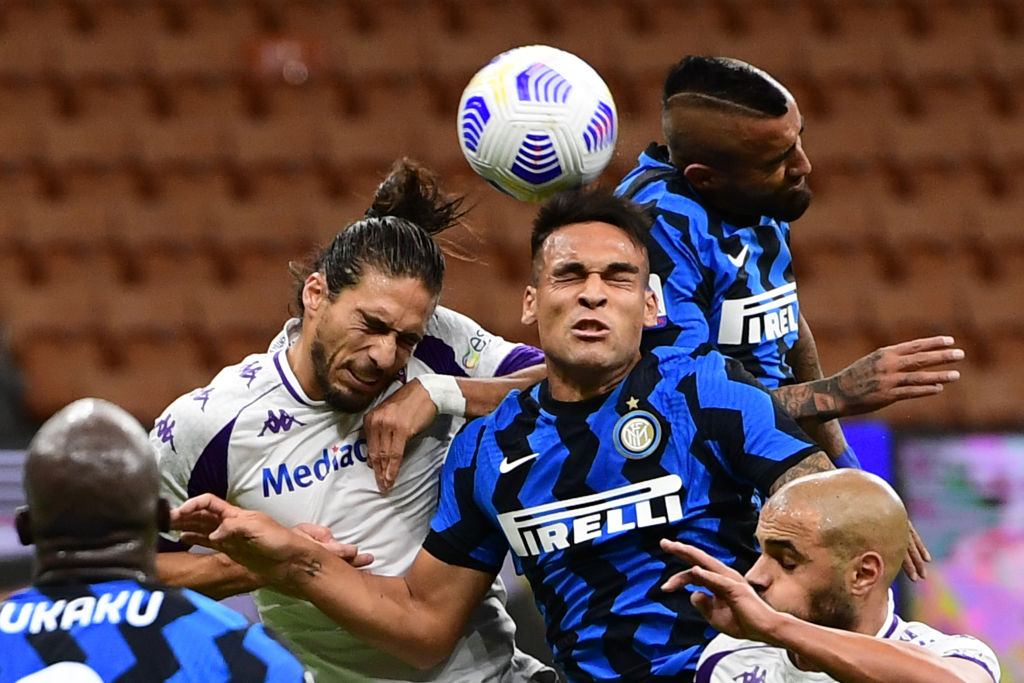 The Astle family’s grief was plain enough and they were critical of what they felt was lack of action by PFA chief executive Gordon Taylor. He wasn’t best pleased about that, and invited me to his office where he showed off bulging files of material the PFA had on the issue. He also revealed that a ten-year in-depth medical study of young apprentice players had begun, in conjunction with the FA, to investigate the potential risks of heading footballs.

It seemed admirable. The FA invited me in, too, and the thrust of their conversation was concern, but also to insist there was no concrete evidence of a link between heading footballs and dementia, whatever the strong anecdotal and circumstantial evidence might suggest. Implicit was the fear that if this was classified as an industrial disease the sport’s authorities might face huge compensation claims.

And so the matter was quietly shelved. Change elsewhere was required to begin opening eyes.

American forensic pathologist Bennet Omalu proved in 2005 that a prevalence of gridiron footballers dying early was due to suffering from CTE (Chronic Traumatic Encephalopathy), a neurodegenerative disease that causes severe and irreparable brain damage. They sustained CTE due to the heavy collisions of the sport. It took many years for his findings to be accepted by the NFL.

Rugby union also had a problem with endless concussions suffered by players. Dr. Willie Stewart, consultant neuropathologist at Glasgow University, began investigating and found cases of CTE in the sport. Again, there was initial resistance to change, but concussion protocols are now dramatically improved and there have been law changes to prevent head-height tackles that caused most danger.

The focus came back to football. Whatever did happen to that research for the PFA/FA? When I asked the FA they told me it finished early because too many of the young footballers involved in the study had simply stopped playing the game.

Nothing had been said in public.

No new research had begun or even been contemplated, it seemed, by either organisation. The issue had been shelved once more despite many more former footballers being diagnosed with dementia – Jimmy Hill, Nat Lofthouse, Dave Mackay and 1966 World Cup winners Martin Peters, Ray Wilson and Nobby Stiles.

The Astle family saw the absence of research and action for the scandal it surely was. They began campaigning hard and allowed Jeff Astle’s brain to be re-examined in 2014 by Dr. Stewart. This autopsy found he had been suffering from CTE, the cause of this had been repeatedly heading footballs, and that the original diagnosis of Alzheimer’s was an error.

Another former England centre-forward, Alan Shearer, was prompted into making a fine BBC documentary on the dangers of heading, Alan Shearer: Dementia, Football and Me. A few
more eyes opened – just a few – as the stories of Peters, Wilson, Stiles and then Jack Charlton were told.

The FA and PFA commissioned Dr. Stewart to lead a study into the incidence of neurodegenerative disease in football, the largest such study in any sport. Its findings in October 2019 were that former professionals were three and a half times more likely to die of dementia, and five times more likely to suffer from Alzheimer’s. The reaction was shock. It shouldn’t have been.

It simply shouldn’t. This was entirely predictable.

Yet still the world of football could not move quickly. It seemed common sense for concussion substitutes to be allowed, as in rugby, when a player needed to be assessed after a knock
to the head. FIFA stalled, expressing concern that unscrupulous teams might abuse such a system. The more urgent matter, surely, is protecting the health of players.

Another year passed, towards the end of 2020, when in the wake of the death of Nobby Stiles, the family of Sir Bobby Charlton made public the fact that he is suffering as well from dementia.

The whole world knows his name and glory. This was the tipping point.

Prevention measures like these are clearly essential. The USA banned heading for all youngsters under the age of 11 back in 2015. In England, a ban on U12s heading balls in training was introduced in early 2020.

Another key aspect for the future is how to deal with incidents during games, when there is a clash of heads for example. One recent example was a collision between Arsenal defender David Luiz and Wolves striker Raul Jimenez in a Premier League match.

Jimenez suffered a fractured skull, requiring surgery. Luiz played on with a bandaged head, still bleeding, until he was substituted at half-time. In days gone by his courage would have been lauded. Now there was widespread anger.

“Football needs to get real and wake up,” said TV pundit Shearer. “It needs to get serious – not next month, but now. This has been going on far too long. The concussion protocols in football are not acceptable.” 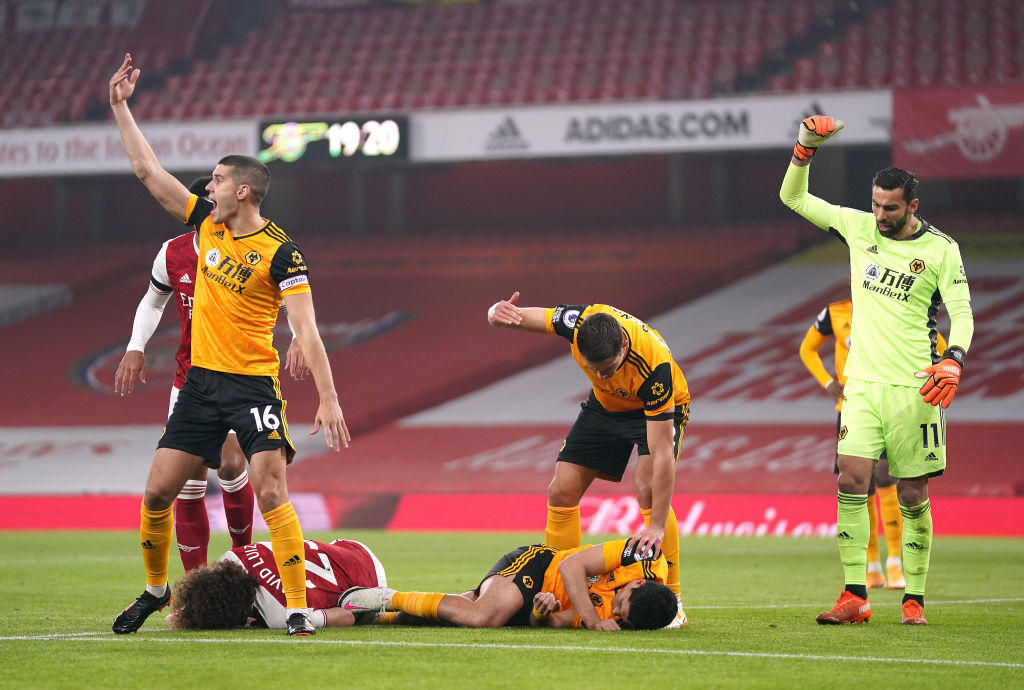 Shearer is correct. They need to be strong, they need to be observed, and they need to be accepted. This is a matter of education, of enforcing a change of culture. The Premier League instantly declared it would set up a trial of concussion substitutes.

Perhaps a more difficult terrain is the issue of financial compensation for victims of the past – to players now suffering from dementia or a related illness, and for the families who care for them.

Who pays? How much? Such questions will not have a simple resolution. But with so much money flowing around professional football in the modern age, a path forward can surely be negotiated.

There is a final question, too, one which the game probably fears most of all. Will there have to be a change in the laws of football to force a fundamental change in the way the game is played?

The inescapable logic of all that has been discovered is that we are moving towards a time when there is no heading in the sport. Is the thought uncomfortable? Yes, of course it is. Who has not been thrilled by spectacular and significant headed goals? 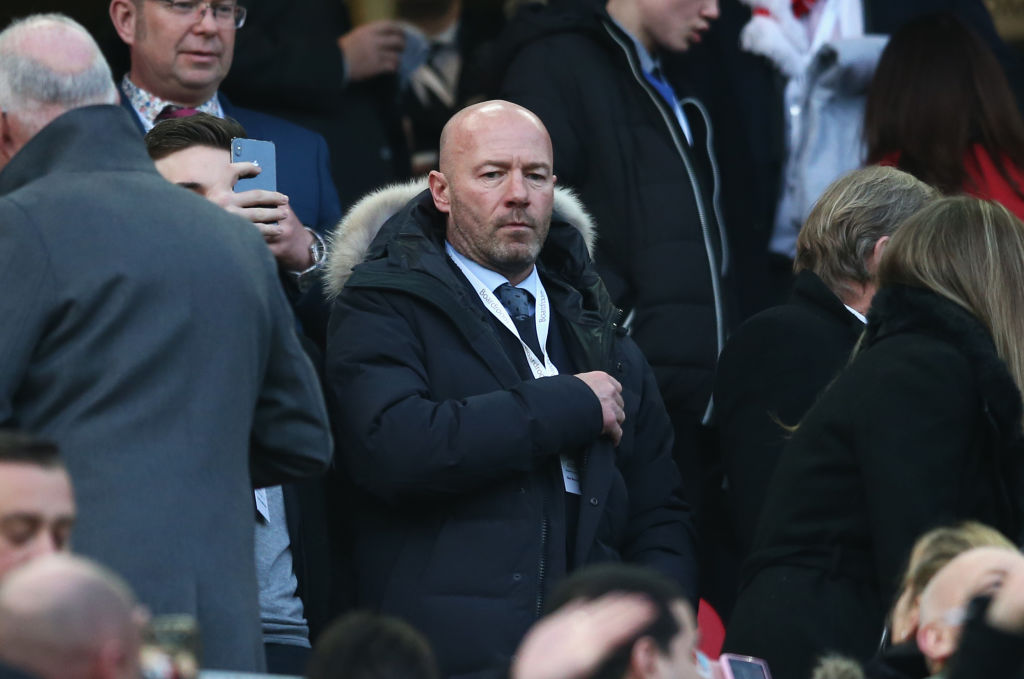 It is not as uncomfortable and not as heartbreaking, though, as the shattered lives of so many old heroes and their families.

Sir Geoff Hurst has seen that at close quarters with old team-mates and friends. He supports the ban on youngsters heading balls, and wants to see heading reduced in training and in games. He has said he will donate his brain for research when he dies.

Through his sadness, the only man to score a hat-trick in a World Cup final speaks so much good sense.