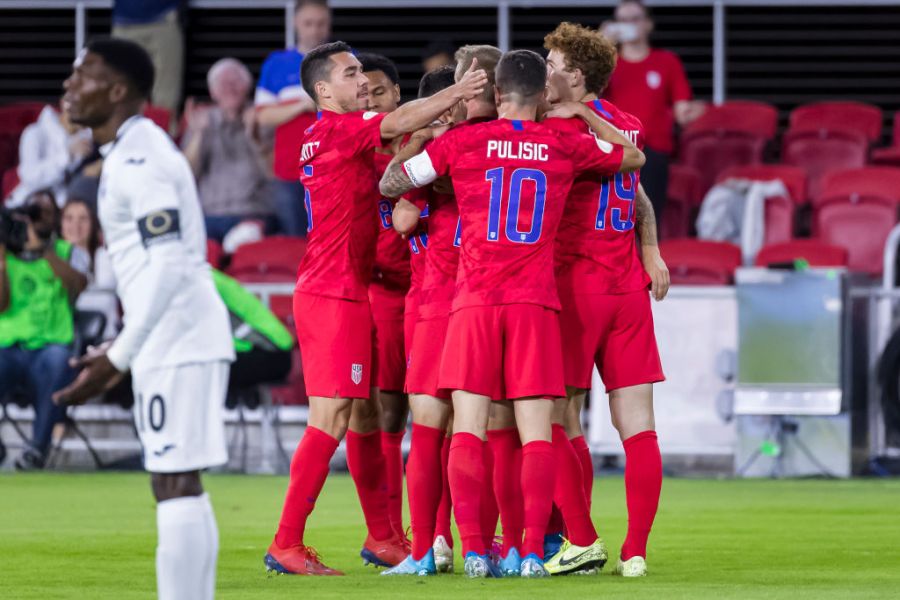 Historically speaking, association football is not an American sport. The beautiful game has always lived in the shadows of basketball, baseball and American football, to name a few.

But could that be about to change? As the game’s popularity rises in the US and a new generation of players emerge, the men’s national team (USMNT) are threatening to join football’s elite. 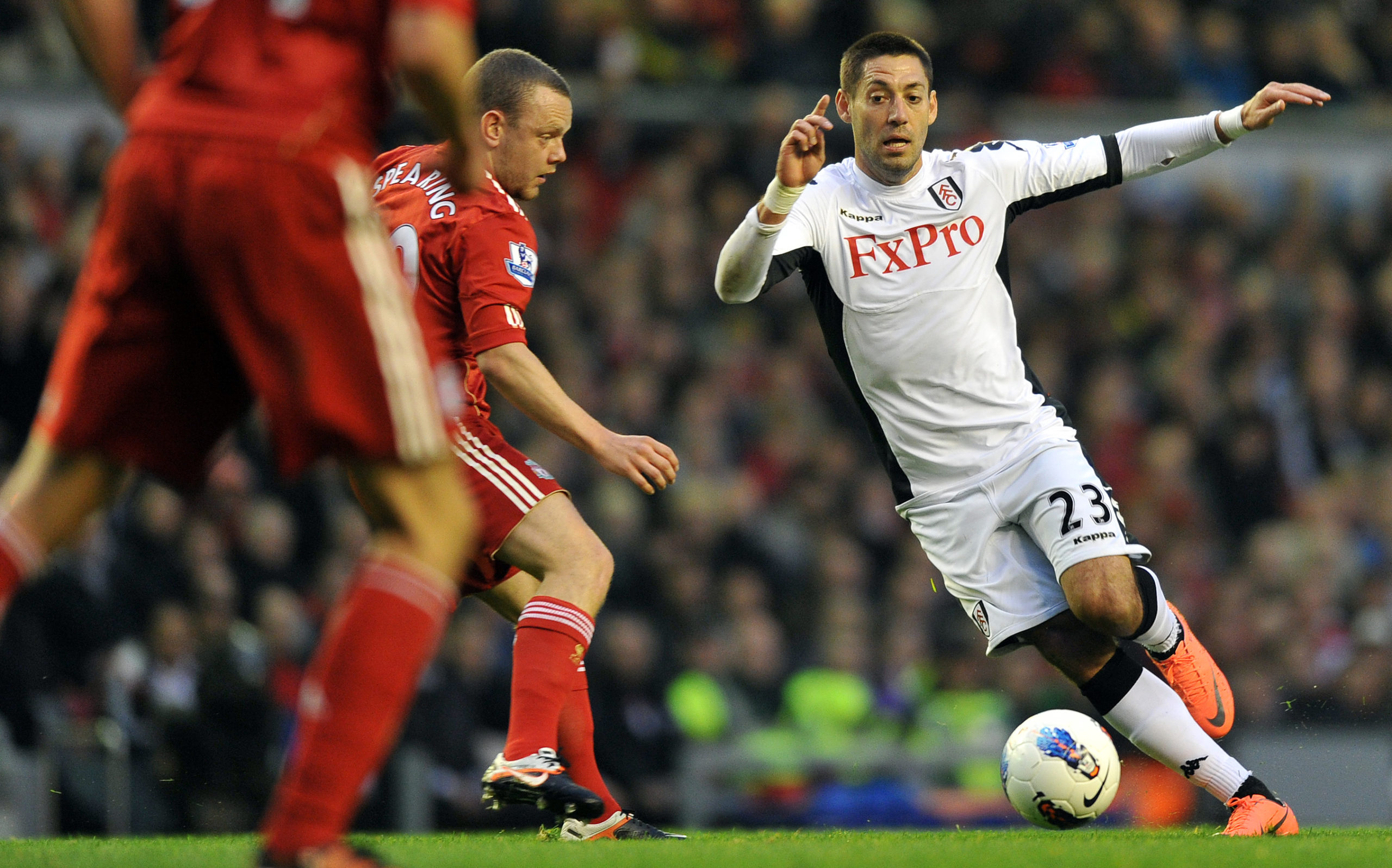 Liverpool’s English midfielder Jay Spearing (C) vies for the ball with Fulham’s American player Clint Dempsey during the English Premier League football match between Liverpool and Fulham at Anfield in Liverpool, north-west England, on May 1, 2012.

Many Americans have played at the highest level since the country hosted the World Cup in 1994. The likes of Brad Friedel, Clint Dempsey and Tim Howard have forged fruitful careers in the Premier League and the women’s team have become the most successful side in history, winning four World Cups.

But the USMNT are yet to flourish at that level, bar their third-place finish in 1930. Their best effort since was a quarter-final appearance in 2002, losing to Germany. And they failed to qualify for the 2018 World Cup, missing out for the first time in more than 30 years.

Despite their modest history, recent transfers suggest they could be on the rise. Christian Pulisic’s £58 million move from Borussia Dortmund to Chelsea in 2019 was the first time an elite European club had paid a substantial amount for an upcoming American player. The forward’s value indicates they are beginning to develop world-class players. 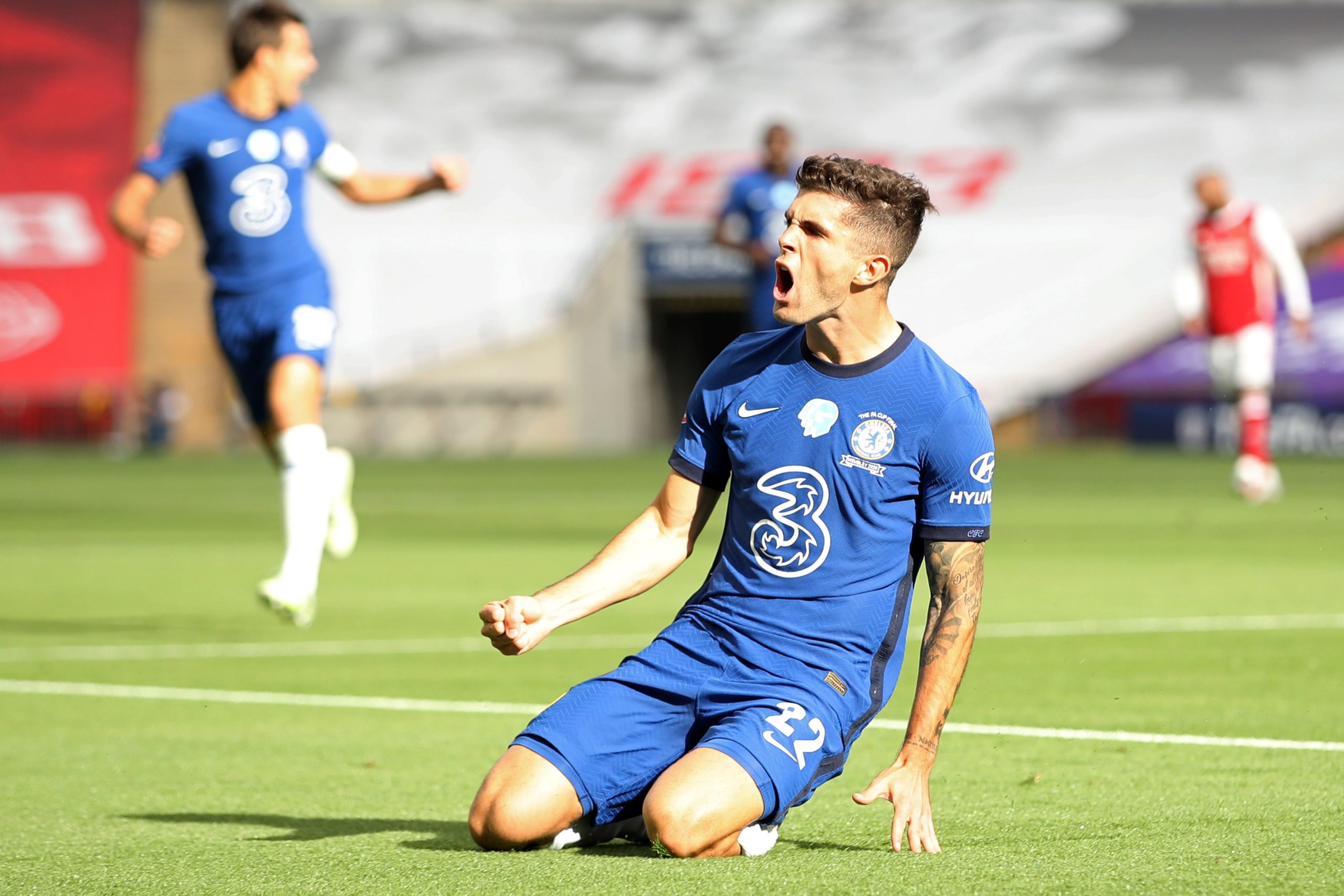 Chelsea’s US midfielder Christian Pulisic celebrates scoring the opening goal during the English FA Cup final football match between Arsenal and Chelsea at Wembley Stadium in London, on August 1, 2020.

Although they are not the first Americans to play at this level, very few have been signed by top European sides in the past. Dest is the first American to play for Barcelona, for example. These four transfers, all happening relatively recently, implies the USMNT are becoming stronger.

And they have coincided with a rise in popularity. Football has been on the up in the US since they hosted the World Cup, a tournament that, on average, attracted more than 68,000 spectators per game. Comparatively, Italia’ 90 averaged around 20,000 fewer per game.

The legacy of that tournament was the MLS. Founded in 1996 with 10 clubs, the league brought professional football back to the US following the collapse of the NASL in 1984. And it has grown significantly, with 30 clubs set to compete in 2023.

There are more spectators, too. Research by the CIES Football Observatory suggests attendances have increased by 34 per cent during the last decade. The MLS is now the eighth best-supported league in the world, rivalling Ligue 1 and Serie A.

And the division is beginning to attract more valuable players. Since David Beckham signed for LA Galaxy in 2007, the US has been viewed, rather negatively, as a retirement home for football’s best. But in recent years, the likes of Sebastian Giovinco and Jurgen Locadia have crossed the Atlantic during their twenties. 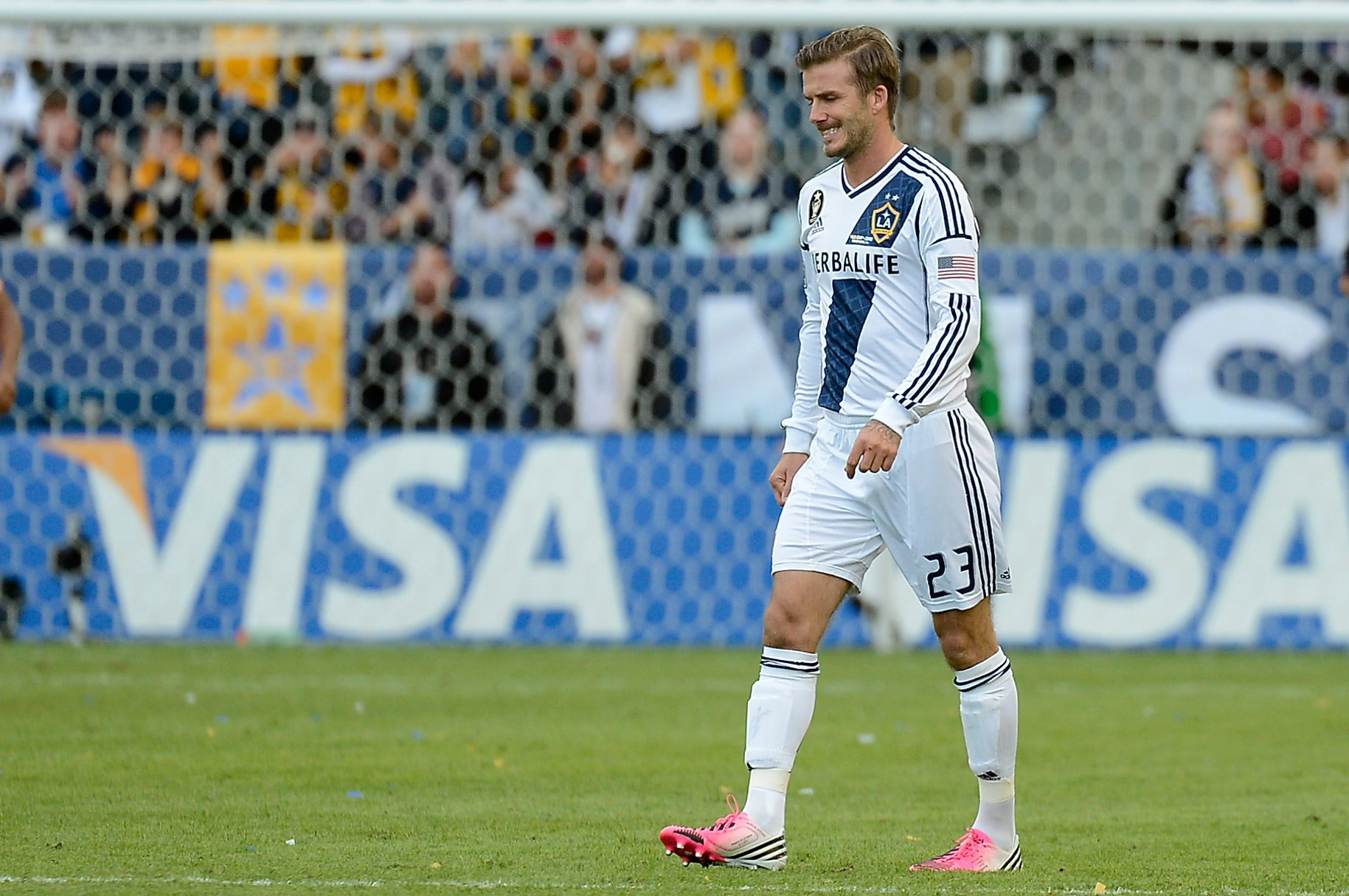 David Beckham #23 of Los Angeles Galaxy looks on while taking on the Houston Dynamo in the 2012 MLS Cup at The Home Depot Center on December 1, 2012 in Carson, California.

Although the MLS will still struggle to attract the very best due to the Champions League’s appeal, it is undeniable the league is on the up. This will only persuade more Americans to invest time and money into football, which will improve the fortunes of the national team.

The question is how far can they go during the 2020s? The US is set to host the 2026 World Cup alongside Canada and Mexico. Pulisic, Dest, McKennie and Steffen will be all entering their prime and there is still time for more youngsters to emerge before then. The USMNT could become littered with Champions League stars during the next few years. 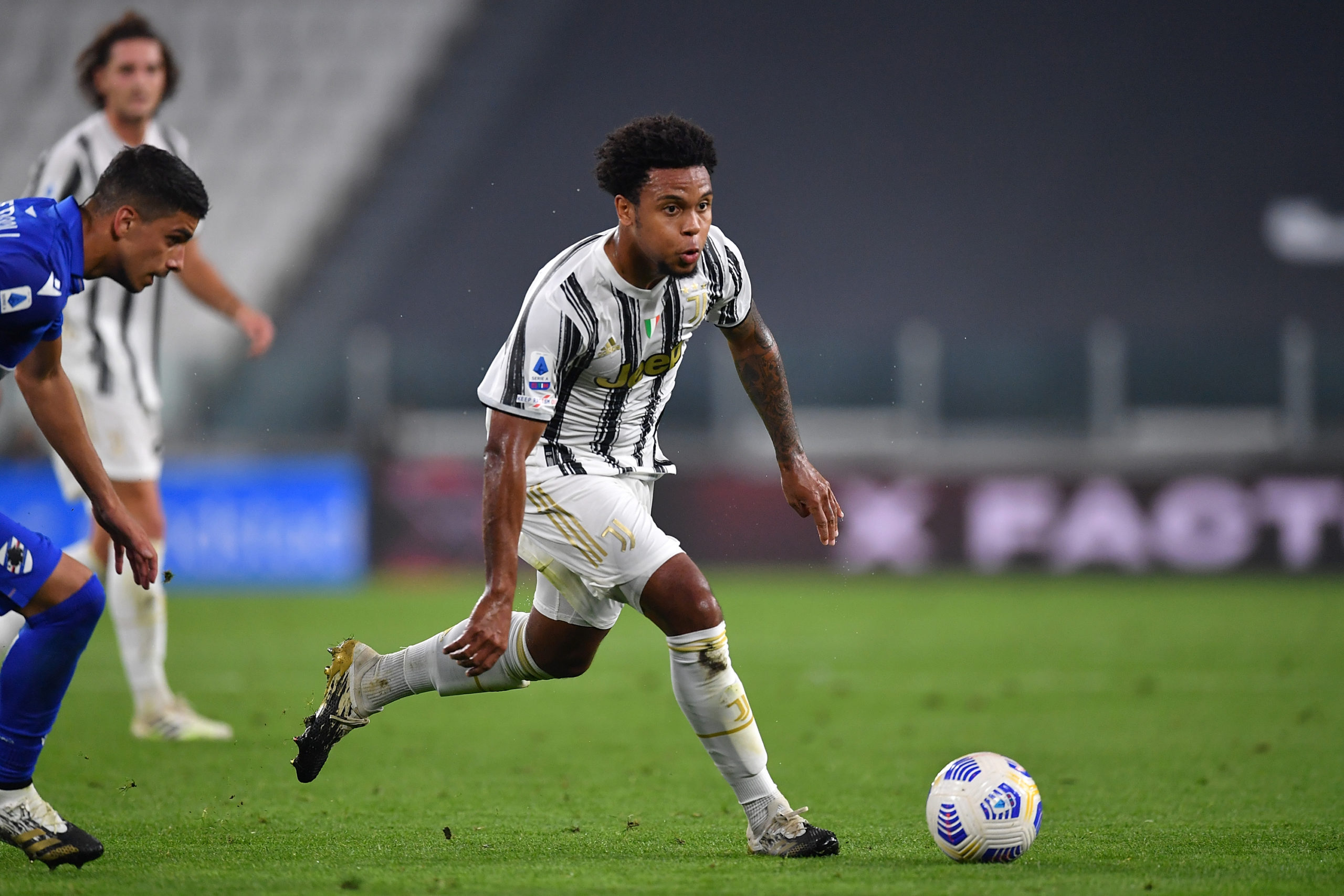 Weston Mckennie of Juventus in action during the Serie A match between Juventus and UC Sampdoria at Allianz Stadium on September 20, 2020 in Turin, Italy.

And home support during a World Cup cannot be understated, just ask the six former champions who have been victorious in their own parish. Winning the tournament remains inconceivable, but a first semi-final appearance for almost a century does not.

Of course, all of this is hypothetical. America’s brightest stars may fade before they can have a profound impact. But right now, it feels as if something special could happen. The 1994 World Cup helped Americans fall in love with football. The 2026 World Cup may just propel the USMNT to the top of the international game.