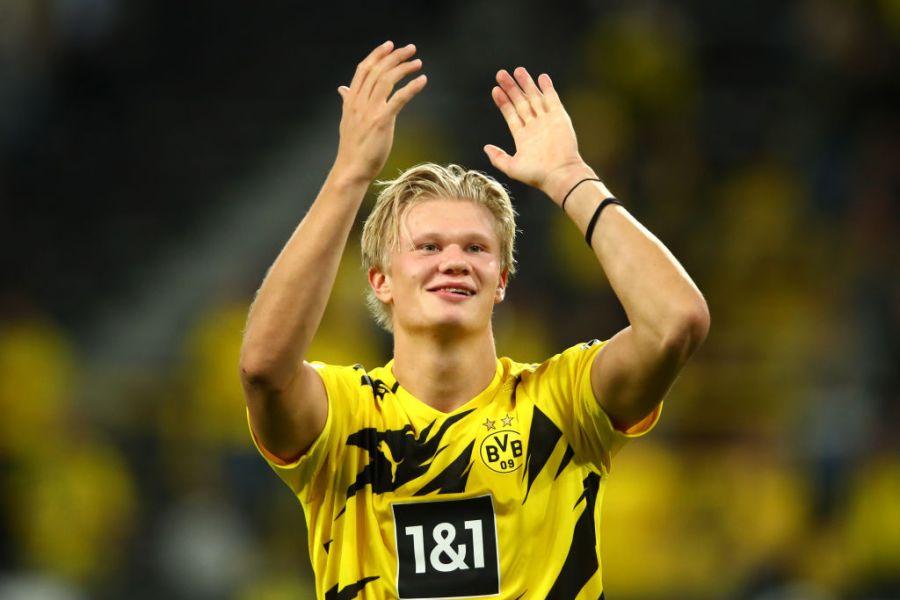 Exploding into European football earned Haaland a place in these pages this time last year. It is frankly astonishing that not only has the 20-year-old maintained those levels in 2020, but improved upon them.

On the Bundesliga circuit, the Norway striker is known as the “Wunderknaben” – Boy Wonder. If anyone deserves the prodigy label, it is the baby-faced youngster with the muscular presence, voracious desire and a God-given gift for putting the ball in the back of the net.

Since joining Dortmund for €20m in January, he has barely paused for breath, scoring seven times in his first three German League outings – a Bundesliga record – and going on to register an incredible 15 goals in 18 starts; so much for the initial plan of the Dortmund management to ease him in gently. After only a few weeks at the club, he simply became undroppable, protected by relentless marksmanship and work ethic.

Haaland has quickly assumed a leadership role. He is the one who sets the tone, who fires up the others. For one so young, that is remarkable. “I love his mentality,” says coach Lucien Favre. “He always wants to be involved, he always wants to win.” Ex-Germany skipper Lothar Matthaus is also a fan: “He’s the classic centre-forward Dortmund have needed for some time. Provided he does not suffer with injuries, he has a world-class career in front of him.”

Not bad for someone who, aged 15, was rebuffed by Hoffenheim. Having taken him on trial for a few days, the Bundesliga side were impressed enough to immediately offer him a contract, only for the deal to be scuppered by wage demands. Haaland, then playing for Norwegian second-tier side Bryne, wanted €5,000-a-month; Hoffenheim would not stretch beyond €2,000.

They would pay a high price for their stubbornness. Meanwhile, Haaland went on his merry way, building a reputation in Norway with Molde, then exploding with RB Salzburg and Dortmund. The €3,000-a-month that Hoffenheim refused to stump up now looks small beer compared to the €70m he would command in today’s transfer market. 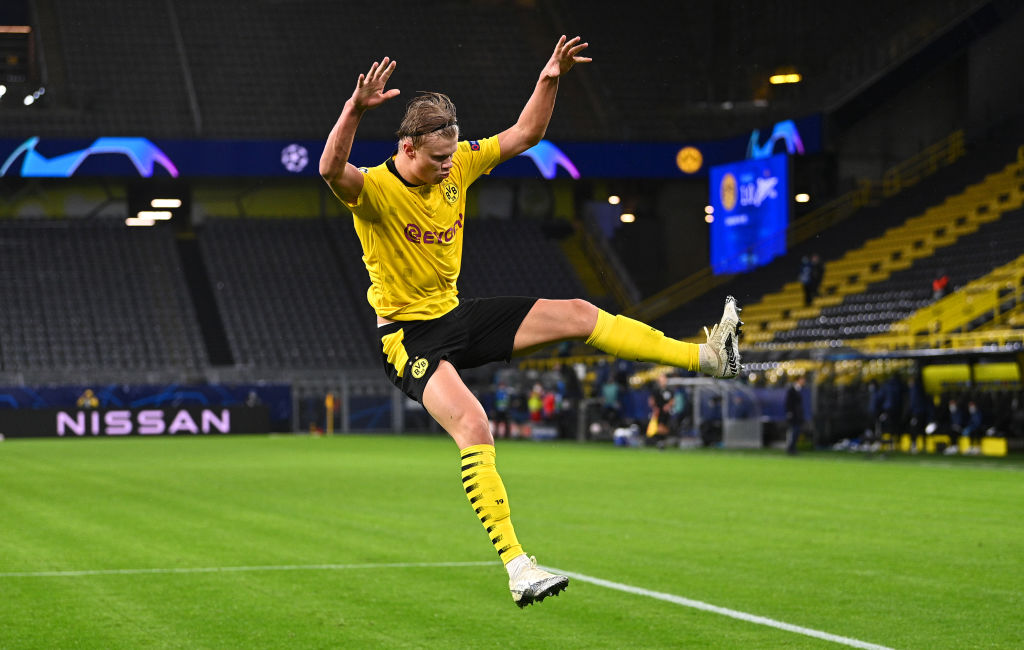 Haaland has something for everyone to admire: a precision left foot, ice-cool composure amidst the frenzy of the red zone, astonishing pace for a big unit, intelligent combination with team-mates, and shrewd runs in behind.

A golden rule in German football is effectiveness in zweikampf situations, or face-to-face duels. Few can match the blond Norwegian. “What’s extraordinary is how, even at a young age, he manages to impose his physicality on opponents,” says ex-Dortmund and Bayern Munich coach Ottmar Hitzfeld. “If he rarely comes out second-best in a head-to-head, it’s because he doesn’t hesitate to go in where it hurts.”

He is a model pro and perfectionist. He employs a personal trainer to keep himself in shape, takes care of his diet and sleep patterns, and regularly goes in for after-hours training sessions.

After netting both Dortmund goals in a 2-1 Champions League last 16 first-leg victory over PSG last season, he was still dissatisfied with his performance. “OK, I scored twice, but I also made a lot of errors during the match,” he told France-Football magazine. “Let’s say it could have been even better.”

That’s him in a nutshell. Venerated by fans and pundits across Europe, yet still on a mission to improve his game in all areas. There lies his edge.