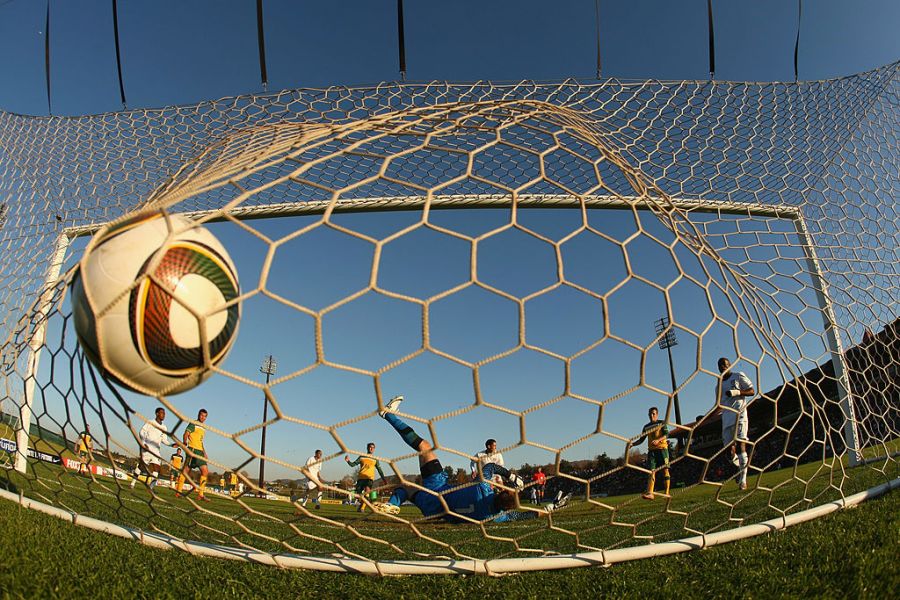 In 2013, World Soccer sent Steve Menary on an investigation into the rise of fake agents. Eight years on, the problems have not been addressed

Top-level football has played on during the coronavirus pandemic but below that many players, particularly those at the start of their careers, have been kicking their heels at home with their dreams on hold.

Often only connected to the outside world via social media, swathes of young players have fallen victim to predatory online criminals posing as agents during the pandemic as cybercrime boomed.

Players from as far away as Zimbabwe were recently approached online and offered a trial at North Macedonian club Gjorce Petrov, but first they would need to pay $300 for a visa. The offer came from an agent called David Degen and was signed by club official Aleksandar Tanevski, but neither person was really involved.

“In the last four or five years someone has falsely used my name,” says Degen, a former Swiss international, who played for Young Boys Berne and Basle. “I have received calls from players who were cheated by that person. I have informed the police about this.” 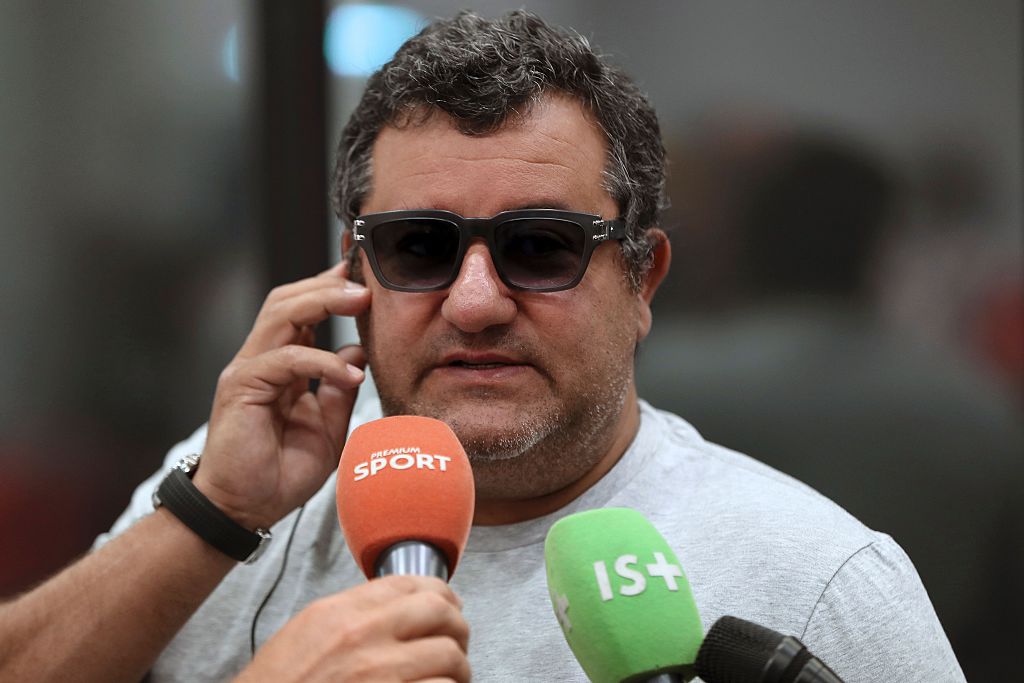 Another recent scam involved an agent called Francis Mofor, who claims to be able to arrange trials at clubs including Manchester United, Cardiff City, Middlesbrough and Barton Rovers. But only after paying fees ranging from £580 to £680.

Another scam involved an offer of a trial with Ukrainian club Zorya Luhansk supposedly through super-agent Mino Raiola but only after paying a $500 fee. Like the other “offers” this was a con. The real Raiola was again not involved but the modus operandi was the same.

The fake agents lure in ambitious young players, often from less developed countries, on social media with the offer of a trial at a professional club. Once the players are hooked, the “agents” then ask for a payment to ensure the trial happens.

Usually the “fee” is around $500 with payment to be made via a method where tracking the payee is difficult once the cash has been collected. A transfer via Western Union is common. More recently, Skrill is another option.

World Soccer first covered the heart-rending misery caused by fake agents nearly a decade ago in a two-part series. Since then, depressingly, little has changed and the pandemic has only exacerbated the problem.

Fred Lord, director of anti-corruption and transparency operations at the International Centre for Sports Security (ICSS), says: “Trafficking, terrorism and fake agents are the hot zone now and 419 scammers are going for the quick hit as they can’t move anyone around due to coronavirus.”

The “419 scam” is an advance fee fraud and named after the section of the criminal code in Nigeria, where many scammers are based.

A decade ago, the 419 scammers were using a directory of agents licensed by FIFA and published on the world body’s website. Not all the licensed agents on this directory had provided a phone number or email, so stealing their identity was easy for the scammers, who typically reversed the Christian and surnames of real agents.

In one hilarious attempt, scammers unwittingly switched round the names of Dorset-based agent Peter Conning, who became… Conning Peter. There are still four profiles of Conning Peter on LinkedIn alone; two featuring a photo of the real Peter Conning during his playing days.

“I did make some efforts to close things down but it just became a drag,” says the real Peter Conning. “The work I’m involved with has not been hindered by it so I’ve just accepted it’s out there.”

FIFA took down the directory after ceasing to licence agents in 2015 but copies could still be found elsewhere on the web for years afterwards. With players’ agents no longer licensed by FIFA, anyone claiming to be a FIFA-licensed agent should immediately attract suspicion, but now virtually anyone can be an intermediary: as players’ agents are now described: and scammers have also embraced the rise of smart phones and apps, such as Playerhunter.

The deregulation has created a free-for-all according to some agents. A few years ago, Bryan Lim, sporting director at Singapore-based intermediaries Trebol Sports International, was constantly battling the tide of fake agents but now the line is blurring. “I am unsure if the situation has improved,” says Lim. “However, amateur agents have been on the rise; those who are there to make a quick pile.”

“Agents” like Martin Kois: also sometimes known as Martin Kovalsky, Martin Kocis and more recently Martin Blatny: who has been accused of offering trials in Italy and Portugal via Instagram to young players in return for a fee of around €1,000.

Originally from Slovakia, Kois has left a trail of broken dreams and debts across eight countries including Slovakia, the Czech Republic, Finland, Lithuania, Norway, Portugal, Sweden and the USA.

After receiving scores of complaints about Kois or his alter egos, international players union FIFPro has published warnings to young players about his methods.

Raymond Beaard, FIFPro’s head of communications, says: “People will pay €100, then he would ask for another €200 or €300 more in extra costs. By adding costs slowly there becomes
a point of no return for the player, as they do not want to lose what they have already spent.”

After his activities were publicised, Kois repaid money to some “clients” in countries to avoid prosecution but his exploits are no surprise to Lukas Bielak, a 34-year-old Slovak centre back who plays for Polish club GKS Jastrzebie on loan from Stal Mielec.

“I have a different experience with Martin Kois,” explains Bielak. “We went to university together in the years 2006-2009. That’s when he asked me if I would like to make money, as he said he was selling branded Umbro clothing and accessories for football clubs in the Czech Republic. I trusted him and gave him €6,200, of which he had to pay me a commission of €2,000.

“We wrote a position agreement. He never returned my money and the dispute ended in court. He hasn’t returned a single euro in ten years. As I learned later, he deceived many more people in this way. He later began to pretend to be a fake football agent.” 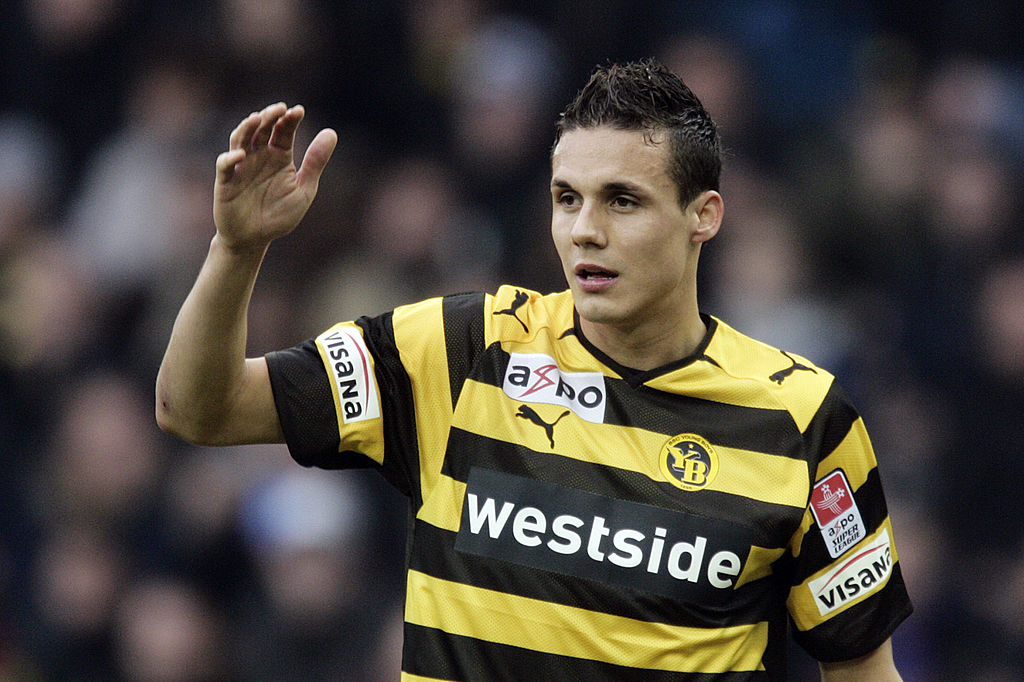 David Degen of BSC Young Boys during the Axpo Super League match between BSC Young Boys and FC Basel held on November 29, 2009 at the Wankdorf Stadium, in Bern, Switzerland.

There have been court judgements in 2015 and 2016 against Kois and the Slovak Football Association issued a warning about his activities in 2019 but he remains on the loose.

International players union FIFPro has stepped into this vacuum and regularly provides alerts on its website about fake agents and scams, including Kois, the fake Gjorce Petrov trials and dubious offers from Francis Mofor.

Many of their victims lose money, but the ICSS has uncovered players who were lured to Paris from Cameroon, Ghana and Mali for non-existent trials by fake agents.

The problem is particularly acute in Africa and FIFPro is planning a major campaign to alert young players on the continent to the dangers posed by fake agents. “There are a lot of African players who will pay all of their savings for a chance to play football anywhere in the world,” adds Beaard.

Although FIFA’s decision to stop the old licensing system in 2015 partly accelerated the subsequent chaos, the old system was widely accepted to have been out of date and change was needed.

FIFA is now consulting on a new system. Proposals include a licensing system, character tests and commission caps, publishing fees received by clubs and agents.

The new regulations would also prohibit conflicts of interest, such as club or national association officials owning stakes in player agencies.

A spokesperson for FIFA says: “The need for a stricter regulatory framework came as a response to a series of worrying trends that have affected the transfer market in recent years. In particular, FIFA has observed a growing number of abusive and excessive practices, widespread conflicts of interests, and a market driven by speculation rather than solidarity and redistribution across the football pyramid.

“This [issue] will be addressed in our reform, for example, by having an online agent directory with all the licensed agents listed with picture and full name, nationality, licence number, company name, address, office telephone, mobile, office email, company website and services provided so that players can check if certain individual is a licensed agent.”

FIFA also plans to produce a handbook in conjunction with agents, clubs and players showing rights, responsibilities and bad practices of agents along with an educational questionnaire instructing players how the process should work. This should help, but the issue goes beyond football.

“The problem is, they are not real agents,” adds FIFPro’s Raymond Beaard. “They are online criminals, so it doesn’t matter if they need a registration or not as there are a lot of people out there who are desperate enough not to check.”

So while FIFA is trying to address the problem, a wider effort is needed to try to counter the plague of fake agents and that includes young players asking and thinking before replying to any uninvited solicitation.