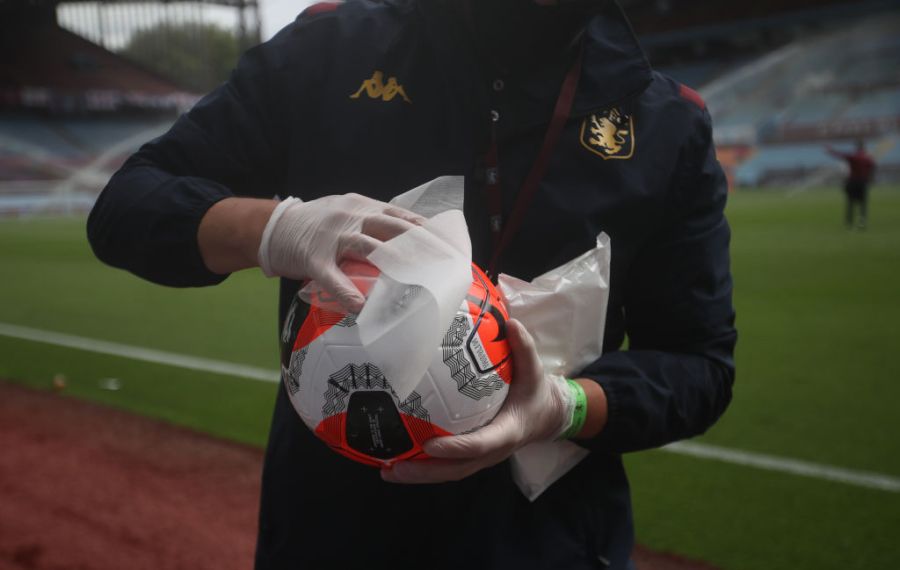 As European football looks to emerge from the worst of the coronavirus pandemic, a growing financial gap is accelerating the game’s financial powerhouse with worrying consequences.

At the top, big clubs are suffering but remain in relatively reasonable health. Revenues at the champions of Spain, Germany, England, France, Italy and Portugal have all shrunk. Porto’s revenue collapsed by 50 per cent according to the 2021 version of The European Champions Report by KPMG, but the fall was only eight per cent at Real Madrid.

Real brought in income of €681.2m in the 2019-20 season, and even made a profit after winning La Liga for a 34th time, as did Champions League winners Bayern Munich.

Supported by major television deals, the continent’s elite are relatively safe and attractive to investors – investors such as ALK Capital, who recently bought out English Premier League
side Burnley – but take away that income and the consequences can be devastating. 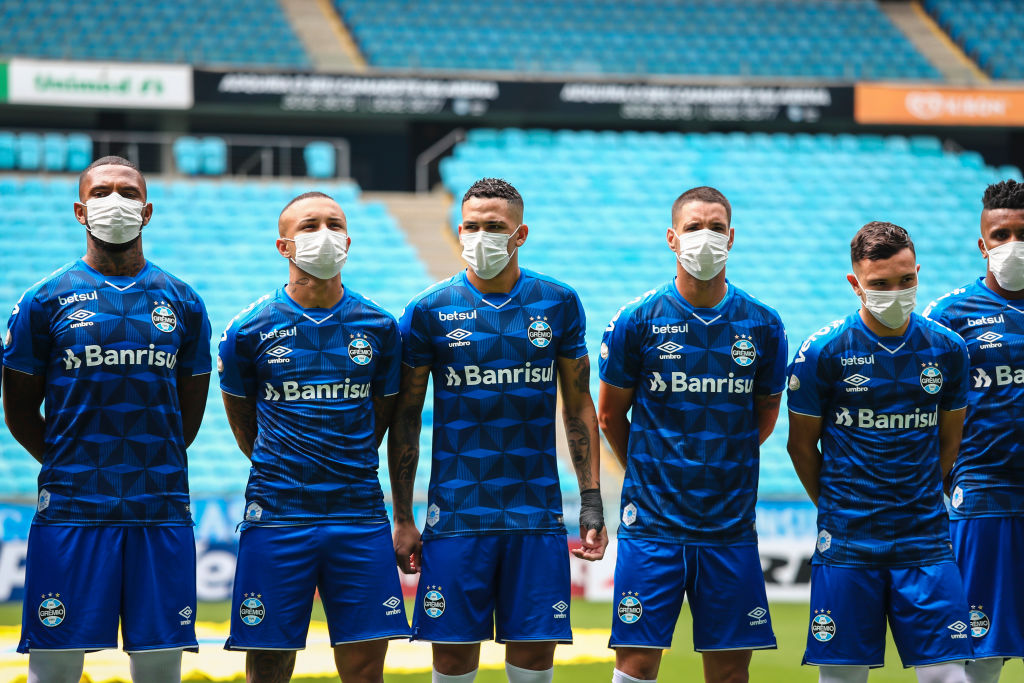 When an unprecedented TV rights deal for Ligue 1 clubs in France worth more than €1.15bn per year collapsed at the end of last year, Rennes predicted annual losses of €40m as a consequence.

Outside of these main leagues, TV revenue is less valuable. What matters, and what is hurting clubs the most, is keeping fans outside of stadia. Matchday income comprised just 13 per cent of total Premier League revenue in 2018-19, but in neighbouring Scotland it was worth 47 per cent, according to research by Deloitte.

Even further down the European football ladder, the gap is almost incredible. In 2018, total TV revenue at the 400 clubs outside the top 20 leagues was less than a quarter of an average Premier League club according to UEFA. The value of TV rights for small clubs in small leagues is unlikely to have gone up.

Player trading has joined gate money and broadcast income as a vital source of income recently. Clubs that not so long ago challenged and won European titles are now part of a supply chain for mega-clubs with transnational followings like Real and Bayern.

Over the last five years, Benfica, Ajax, Porto, RB Salzburg and Sporting – winners of eight European Cups between them – made a profit of £1.4bn in developing and selling on major players such as Donny van de Beek and Hakim Ziyech, according to research by The Daily Mail.

In mid-sized European leagues, club-trained players are now three times more likely to make their debut, according to a study by the CIES Football Observatory. Players making their debut in Slovakia’s Super Liga, for example, are the youngest in Europe’s main leagues at an average age of 23.58 years.

MSK Zilina has more players in Slovak youth teams than any other Slovak club and after developing these players, sells them on – such as Robert Bozenik to Dutch side Feyenoord for €4.6m.

Dr. Raffaele Poli from the CIES Football Observatory sees the crisis posed by the pandemic as an opportunity for well-run smaller clubs but warns: “Some clubs will need to go part-time.”

Part-time clubs will be less able to develop players, and to sustain the player-trading model clubs need buyers. But spending on players is shrinking.

In the summer of 2020, the English Premier League was the biggest spender with £1.26bn spent on players such as Kai Havertz, a £72m signing for Chelsea, but this total was £350m lower than the previous year according to data from website transfermarkt.

Barcelona acquired Miralem Pjanic from Juventus for £54m, although pulled off some creative accounting by sending Arthur the other way, while rivals Real did not spend for the first time in 40 years. Even in the Belgian Jupiler League, spending was down around £100m on the summer of 2019 to £54.5m. That figure made Belgian clubs the ninth biggest spenders in Europe, while spending at the tenth-placed Turkish Super Lig shrank 56 per cent to just £29.2m.

This threatens one of the few post-pandemic sources of hope for smaller clubs, who need money to invest in facilities and coaching. Benfica and Ajax spend up to £10m a year on academies, coaches and scouts and, for now, are easily recouping that investment.

Zilina’s rivals FC DAC 1904 spent €14m on a new training centre after getting €7.4m from Hungary’s government, which supports Hungarian speaking areas outside its national borders, such as Dunajska Streda. Other clubs are not so fortunate.

At the top end, more than 20 mainly American private equity firms expressed interest in a German Bundesliga plan to raise €300m to roll out an international online subscription service. Nine out of 20 clubs in France’s Ligue 2 are foreign-owned – with Nancy acquired by a US/Chinese group – but the wave of Asian investment has mostly abated, says Simon Chadwick, Professor & Director of Eurasian Sport at EMLyon.

“What I find more interesting is the resurgence of US interest in football investments, the acquisition of a stake in Italy’s Serie A, ALK’s purchase of Burnley and the formation of Red Ball’s SPAC being three notable examples,” says professor Chadwick. “This serves to demonstrate that there remains some considerable commercial potential in football, especially as it convergences with the worlds of digital and entertainment.”

Simon Hall, director of corporate finance at accountants BDO, who produces an annual survey of football finance, says: “US private equity in the European football space is huge. The way they generate fan engagement is streets ahead.”

US interest is mainly at the higher end where fan engagement can prove lucrative. Further down, multi-club ownership is growing, such as the recent acquisition of Bulgarian club Botev Plovdiv by Anton Zingarevich, the Russian owner of Danish club Fremad Amager.

In eastern Europe, a hangover from Soviet times means that local authorities or government departments still fund part or all of some clubs, but greater strains on public funds due to the pandemic will make using taxpayers’ money to fund professional football increasingly unsustainable.

With sources of money vanishing, UEFA remains the bulwark that smaller clubs will rely on. But with the next round of TV rights due to be decided this year, plans for a European Super League have again been revived, led by US bankers JPMorgan Chase & Co.

There are now only six Champions League places available each year to qualifiers. These are often the same clubs, who use UEFA’s prize money to cement their domestic domination.

Since changes in the 1994-95 season that heralded in the modern Champions League, just four Greek clubs have shared 52 places and only three Croatian clubs have appeared.

The smaller the European league, the greater the impact of UEFA money. In 16 of the 35 smaller national leagues, UEFA payments accounted for a third or more of all revenue and the combined domestic.

In San Marino, average club revenue in 2018 was €170,000, but champions Tre Penne earned €490,000 from losing their sole Champions League preliminary round qualifier to Andorran side FC Santa Coloma.

In San Marino, all money earned by sides from UEFA competition is pooled and shared between the country’s 15 clubs, but such solidarity is anathema elsewhere in Europe, where clubs are increasingly reliant on benefactors.

Buying success can be cheap for brave investors. In 2018, average revenue in the Latvian Higher League was €626,000. In 2019-20, Ventspils earned €780,000 in UEFA money after reaching the third qualifying round of the Europa League, while champions FC Riga pocketed just over €1.3m after reaching the competition’s play-off round. 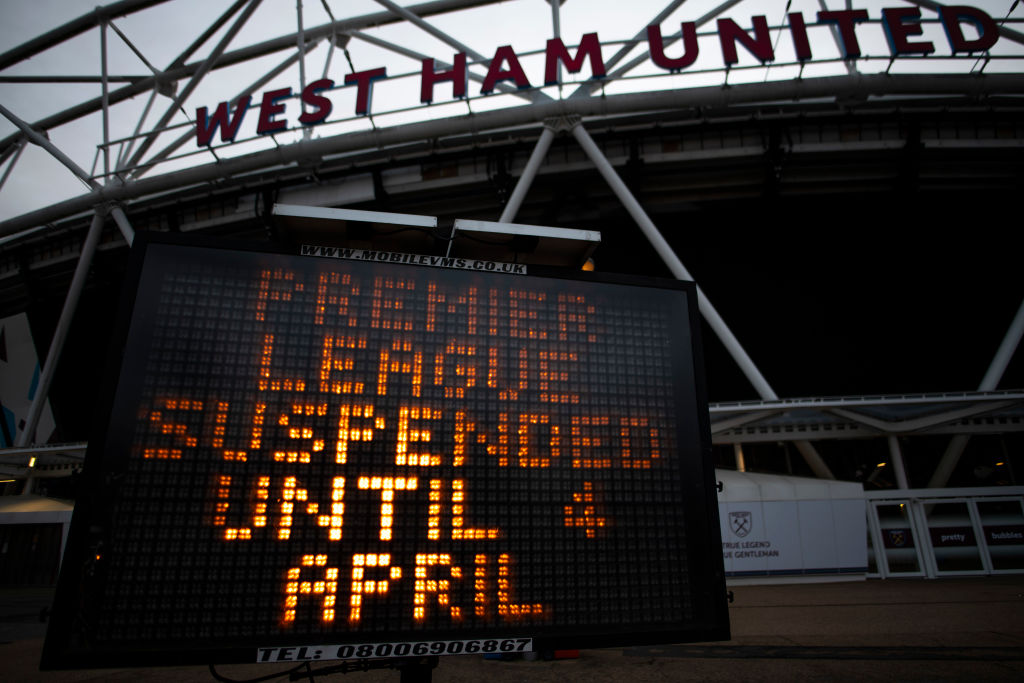 This is a delicate balancing act and UEFA’s research shows that many smaller clubs spend at least €6 for every €5 they make. “There are a number of countries where profitability remains the exception, rather than the rule,” noted UEFA in its 2020 financial report, which covered the period before the pandemic. Since then, money available from benefactors is likely to have been affected.

This bleak scenario increases the pressure on UEFA ahead of a decision likely this summer on the structure of the Champions League from 2024 and solidarity payments to smaller clubs.

At the start of the 2019-20 season, UEFA estimated it would make €3.25bn from European competition including the Champions League, Europa League and Super Cup, with €2.73bn (84 per cent) going to participating clubs. Just €227.5m (seven per cent) would be distributed in solidarity payments, with the remaining balance kept for administration. For the smaller clubs that emerge from the pandemic, those ratios need to change.

UEFA is planning a third European competition for smaller clubs, but details are scarce. Dubbed the Europa Conference, the tournament is unlikely to attract much interest from broadcasters, which would mean UEFA funds prize money itself to head off a potential Super League.

Ambitious smaller clubs with benefactors still in place, like Luxembourg’s FC Dudelange, will however want to be in the Europa League, which the club achieved twice in a row from 2018, not a new version of UEFA’s little lamented summer tournament, the Intertoto Cup.

The Europa Conference’s main appeal will be to match fixers, who will relish the opportunity to manipulate UEFA matches that barely merit a mention in Europe but would attract plenty of interest on the amorphous Asian markets that are so keen on European football. 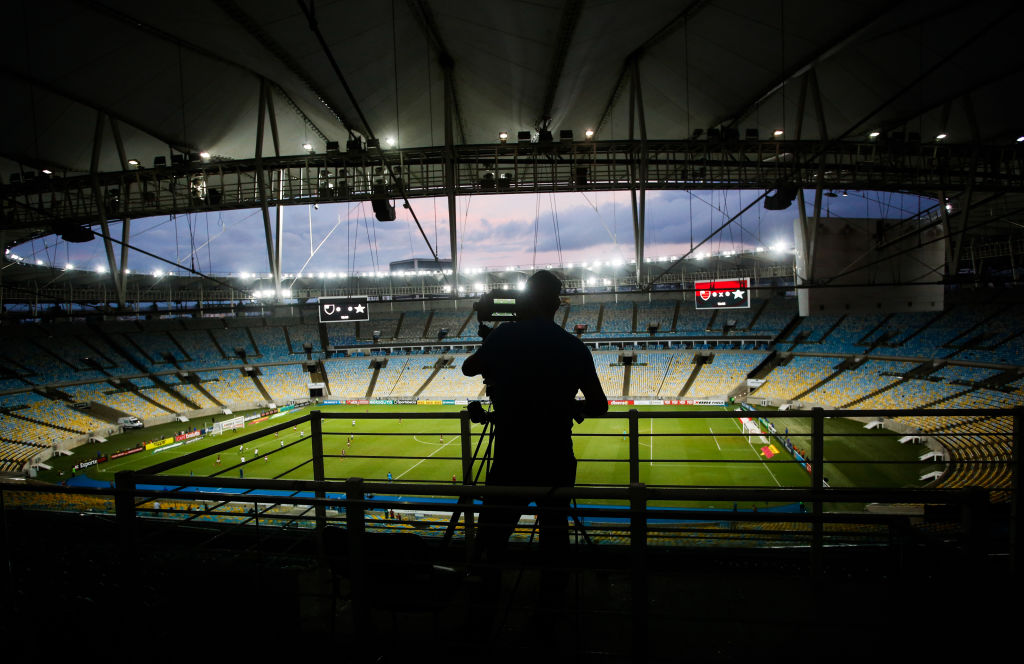 Despite the pandemic, 2020 saw a record number of alerts for suspicious betting in European football and last year huge and separate match-fixing schemes were uncovered in Armenia and Moldova.

Figures linked to match-fixing are already circling clubs in other smaller countries and as European football emerges from the pandemic, a new compact needs to be formed. If not,
the consequences could be dire for large swathes of European clubs.

This interview first appeared in the March Edition of World Soccer. You can purchase old issues of the magazine by clicking here.