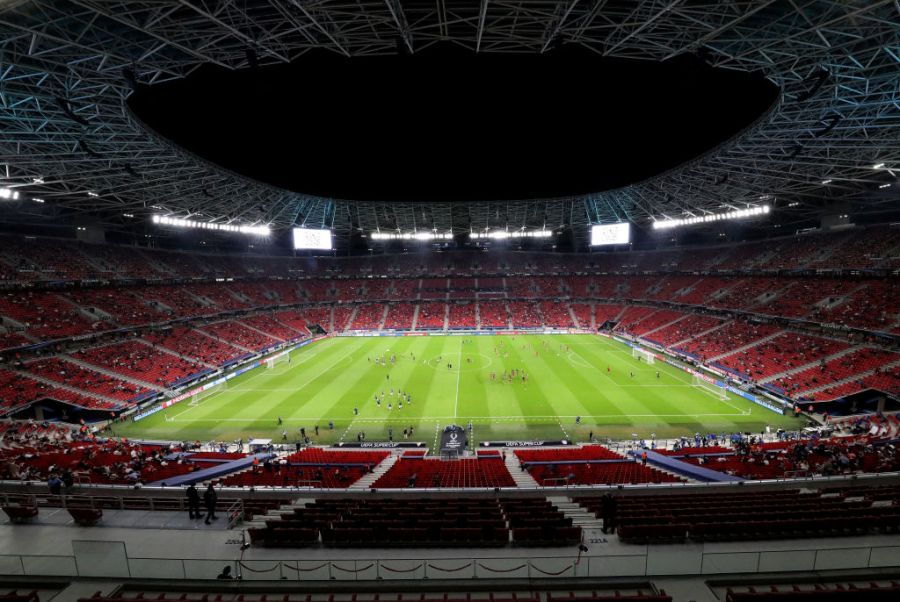 Built on the site of the old 100,000-capacity stadium of the same name, the new Puskas Arena hosted the 2020 UEFA Super Cup Final between Bayern Munich and Sevilla in September.

Originally scheduled to be held on August 12 at the Estadio do Dragao in Porto, Portugal, this year’s final was moved due to the COVID-19 pandemic. It turned out to be a landmark occasion for the sport, as 15,180 fans were allowed into the stadium, making it the first major European match to allow fans since the coronavirus pandemic forced the game into lockdown. 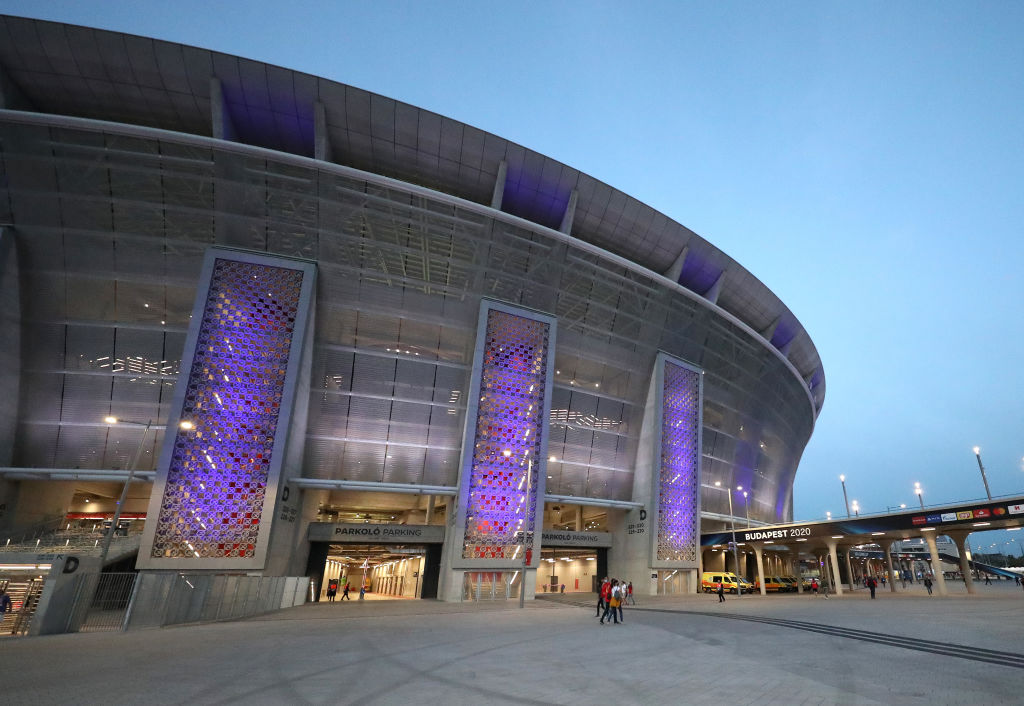 Lit up…The stunning view from outside

Situated in Zuglo, the 14th district of Budapest, the stadium was named in honour of the legendary former national team captain Ferenc Puskas. He scored 84 goals in just 85 international matches for his country.

The 67,215-seater stadium is down to host four matches of UEFA Euro 2020 next year, as well as the 2023 UEFA Europa League Final. The Hungarian Football Federation are expecting the stadium to be awarded a five-star rating, which would be a considerable boost ahead of the landmark occasions. 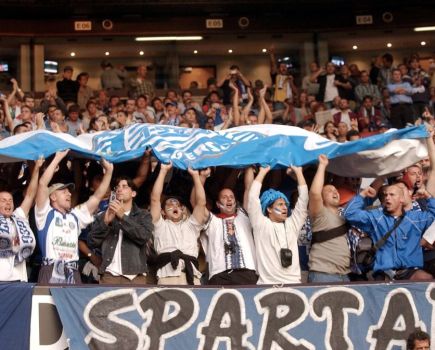 In August 2002, Zalaegerszegi TE hosted Manchester United in the third round of the 2002-03 UEFA Champions League qualifying rounds at the old Ferenc Puskas Stadium. Sir Alex Ferguson named the likes of David Beckham, Ole Gunnar Solsjkaer and Ruud van Nistelrooy in his line-up, but a last minute strike from Bela Koplarovics condemned them to a shock first leg defeat in Hungary. 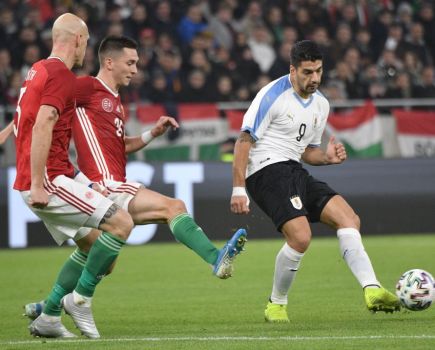 The Puskas Arena hosted its first game on November 15 2019, as Hungary played Uruguay in a friendly in front of a record 65,114 crowd. Former Napoli and Paris Saint-Germain striker Edinson Cavani opened the scoring after 15 minutes, before Brian Rodriguez added a second for Uruguay six minutes later. Adam Szalai did pull a goal back for the hosts midway through the first half, but it wasn’t enough to inspire a comeback. 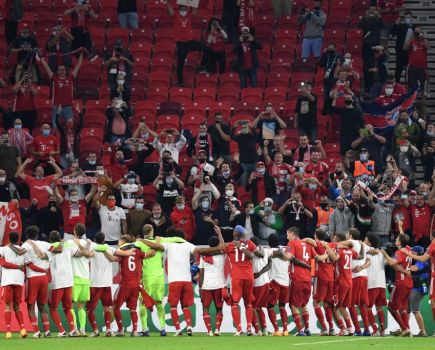 In the first major European match to allow fans since the coronavirus pandemic forced the game into lockdown, Bayern Munich managed to add the 2020 UEFA Super Cup to their Champions League trophy. Lucas Ocampos gave Sevilla the lead after just 13 minutes from the penalty spot, but Leon Goretzka’s 34th-minute equaliser forced the game into extra-time. The Bavarians were able to clinch victory and add another trophy to their collection courtesy of Javi Martinez’s 104th-minute header.