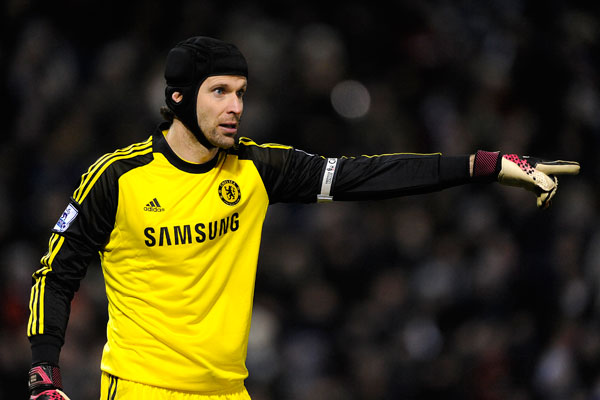 Petr Cech signed for Chelsea in July 2004 as an outstanding prospect from Rennes. Still only 22, a relative rookie for a goalkeeper, his first task was to impress the newly appointed Jose Mourinho and attempt to unseat first choice goalkeeper Carlo Cudicini. He was fortunate that Cudicini injured his elbow in pre-season, affording him a run in the side and he never looked back. Thibaut Courtois will turn 22 in May and faces this same challenge 10 years on, with Cech as his competition.

Cech has been remarkably consistent during his decade with the club, winning every major trophy in domestic football along the way. He remains one of the finest goalkeepers in the world and his legacy at the club is assured, but is Courtois even better?

Chelsea snapped up Courtois after only half a season in the Genk side, as the 18-year-old won a first league title and an award for best goalkeeper in the league. With Cech blocking his path to the first team, they sent their £9m signing on loan to Atletico Madrid and have now done so in each of the past three seasons.

During this time, he has forged a reputation as one of the world’s finest in his position, winning the Europa League and competing in the Champions League. He will head to the World Cup in the summer as Belgium’s first choice and may end the tournament universally regarded as the best in the business. As things stand, that will not guarantee him a place in the Chelsea team.

Chelsea’s loyalty to Cech is commendable and he could remain in situ for another five years, but if Courtois could be their goalkeeper for the next fifteen years, maybe it is time to call time on Cech’s tenure? Mourinho is not renowned for his faith in youth or forward planning, but he has the nucleus of an exciting young side and has already stated that Courtois will be with the club next season. He has also stated that he will not give assurances to any player and he expects both players to battle it out, but it is clear that neither will be willing to accept a place on the Chelsea bench.

Chelsea had hoped to loan Courtois to a Premier League side this season, but he refused and got his own way by returning to Spain, where he is settled and in a relationship. He understandably has more allegiance to Atletico than Chelsea, who he has yet to represent, in the past explaining; “Chelsea is my team, but, because I have never really trained with them or played a game, I cannot feel like it is really my team.”

A two-year extention to his current deal is believed to be on offer but Atletico are equally keen to sign him permanently. Diego Simeone is a huge fan and has previously claimed that “any price would be cheap” and that “I’d like Courtois to stay, he knows that.” The situation is further complicated by Chelsea’s pursuit of Diego Costa and although they may be keen to include Fernando Torres in any potential deal, Simeone would surely demand Courtois instead.

Cech and his family are settled in London, with a goalkeeping coach, Christophe Lollichon, he personally requested when he arrived from Rennes. He is also a leader and believed to be a positive vocal presence in the dressing room. With the contracts of John Terry, Ashley Cole, Frank Lampard and even Samuel Eto’o expiring at the end of the season, Mourinho may be loathe to let any more experienced campaigners depart. But world class goalkeepers don’t grow on trees either.

Despite his proclamations to the contrary, Mourinho will have a decision to make in the summer. It is a win/win situation in many respects, but should he lose Courtois, who is not prepared to spend another year on loan, he may well regret it in the long term.