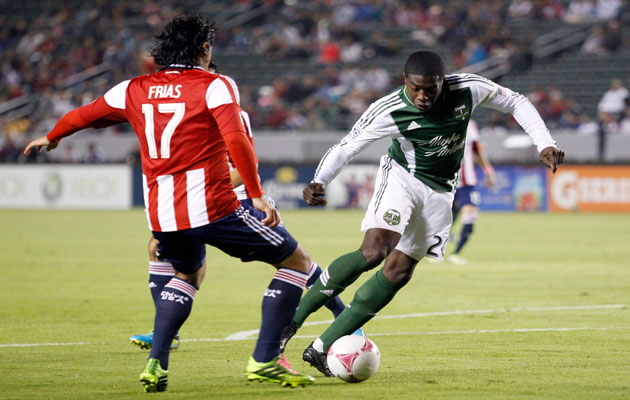 Alongside afternoon tea and a vast quantity of incongruous place names (Hurlingham, Banfield, City Bell), perhaps the biggest legacy of Great Britain’s century-long economic intervention in Argentina was the rail network left behind by traders and industrialists.

Designed primarily to transport agricultural products from the vast nation’s heartland to the port of Buenos Aires, the spider web of tracks and stations reached an immense 30,000 miles in length; enough to reach across the entire circumference of the globe and then some more.

But thanks to years of under-investment, mismanagement and competition from road hauliers, the network slowly started to contract. Now, the system is a tiny, pale shadow of its former self, with just a handful of iconic long-distance passenger services remaining and with variable levels of comfort and reliability.

The bustling port city of Bahia Blanca is one of the few areas that maintain such services. The intrepid traveler can still reach the Buenos Aires provincial centre from the capital of Buenos Aires, and continue their journey down into the wilds of Patagonia; provided they are happy to make themselves comfortable for an average journey of around 10 hours.

And for local club Olimpo, playing in the Primera Division, one player with locomotive characteristics has been making a big splash during the Final championship.

José Adolfo ‘El Trencito’ (Little Train) Valencia is a Colombian striker new to the rigours of Argentine football, having moved to the relegation strugglers in Bahia Blanca at the start of 2014. As sporting lineages go, however, the youngster comes already with a prestigious name behind him.

The 22-year-old starlet is the son of none other than Cafetero legend Adolfo José ‘El Tren’ Valencia – in that wonderfully South American way, the family patriarch opted merely to swap the order of his first and second names when it came to his progeny.

But from first impressions in the Inicial, Valencia Jr. has inherited much more than the name and nickname from Papá, who starred for European giants Bayern Munich and Atletico Madrid, racked up 37 caps and 14 goals for Colombia and represented the nation at both the 1994 and 1998 World Cups. Watching the young talent take the field is almost like being transported back to the glory days of Colombian football back in the early 1990s.

At 1.86m, José is a little taller than his father, but from a distance the likeness is uncanny. One trait that has undoubtedly been passed down the Valencia genes is frightening pace; the Olimpo man has the ability to frighten any defence with the kind of rapid acceleration that earned his father the “Train” tag in the first place.

If anything, it is one of ‘El Tren’s’ legendary contemporaries who bears an even stronger comparison with Colombia’s latest young sensation off the production line. Valencia perhaps does not possess the same range of close control and tricks as his father, but his explosive pace and innate knowledge of where the goal is cannot help but bring the image of one Faustino Asprilla to mind.

Watching Valencia torment Racing Club’s Esteban Saveljich at the weekend before eventually running out of steam – the first time this writer has had the opportunity to catch the new sensation in the flesh – it was not just his speed that came to the forefront. The youngster uses his physicality brilliantly, and also has that intangible quality so innate to the South American continent from Colombia to Brazil and Argentina: the famous Cinta.

Cinta, in English literally the waistline, describes the pivot that the world’s best footballers employ to turn away from their markers. It is something almost imperceptible, a minute shift in balance that gives the attacker the other hand, a move that would look equally at home dancing merengue or battling on a football pitch.

The great Diego Maradona had cinta to spare, and not just in his hedonistic post-football days where he looked uncannily similar to a hot-air balloon. Current Argentina superstar Lionel Messi uses his low centre of gravity and elastic waistline to wriggle through the smallest of spaces, as does national team partner-in-crime Sergio Aguero.

The most impressive thing about young Valencia is that he pivots and twists with the best in the world, appropriating for his own use a trick that has traditionally been the domain of football’s more diminutive talents. That makes him a fearsome talent to watch in the future.

The youngster is on a roll. Valencia followed up a full debut goal against Racing with two more on his full home debut midweek. The first was the most eye-catching; a wonderful volley executed from an awkward angle with the outside of the right boot, which caught Argentinos Juniors goalkeeper Nereo Fernandez off-guard and looped over his head and into the net.

The second was a little more low-key, but still an example of impeccable finishing. Drifting between the defence, Valencia straightened his run to pick up a well-placed through ball. In the face of the oncoming Fernández, he neatly rolled the ball into the corner of the net, securing Olimpo a valuable three points in the fight against relegation.

Incredibly, that double brought the 22-year-old prospect up to five goals for the season, in spite of making just two starts for a club in the bottom reaches of the Primera División. Only Guido Carrillo, of Estudiantes, and Vélez Sarsfield’s Mauro Zárate, both with seven, have been more potent than the Argentine football rookie.

What is more, he has done so after coming back from a potentially devastating setback at an early age. In 2012 and in his first week at Major League Soccer’s Portland Timbers, he was ruled out for eight months after suffering a serious knee injury. The US side took a gamble on him, but with just one goal in 23 he found it hard going up north.

The nation’s league has become a useful stepping stone for young Colombian talent, hoping to build their profile before making the jump to Europe. Monaco pair Radamel Falcao and James Rodriguez both made their first professional steps as teenage sensations in Argentina; Falcao was crowned Apertura champion in 2008 with River Plate, while one year later James was key to Banfield at the tender age of 17 as the Taladro lifted their first-ever national title.

Past history and Valencia’s current form suggest that his stay in Bahia Blanca could prove to be a short one. Officially, the starlet is on a one-year loan contract with the club, who also possess an option to buy as part of the deal struck with Portland. But if he keeps up the form he has shown in the Inicial season, the ‘Trencito’ may soon be rolling out of town and on to more glamorous surroundings.