Serie A giants Juventus are set to move into their yet-to-be-named new stadium from the start of next season and reap huge financial benefits from doing so.

This new home replaces the Stadio delle Alpi which was built on the same site for the Italia ’90 World Cup which will see Juve once more cut their ties with the Olimpico, which will be (re)named after the city’s other side and be known as ‘Il Stadio Grande Torino’.

It will mark the ninth permanent home for the much travelled Bianconeri and its reduced capacity of 41,000 should be almost always sold out with supporters much closer to the pitch than they were in the old stadium, which had the customary unused running track. Famously Juventus draw support from all across the peninsula and this was one of the main reasons the cavernous delle Alpi was rarely full, its average of just under 38,000 nowhere near the capacity of 67,229. Indeed there is no greater example of this than a 2002 Coppa Italia tie against Sampdoria, witnessed by just 237 spectators.

However, the number of supporters spread across the country saw them become the most watched visiting team in almost every other arena and has resulted in a number of bold moves to play ‘home fixtures’ in stadia across the country. Even as recently as this season, when a U2 concert clashed with the Europa League qualifying round, Juve played Shamrock Rovers at a sold out Stadio Alberto Braglia in Modena (cap. 18,000), marking the latest installment in a nomadic existence, undertaken in order to escape the emptiness of the poorly-designed delle Alpi.

The first of these moves came during the 1994-95 season when the decision was taken to play the home legs of both the Semi-Final and Final of the UEFA Cup at San Siro. This move came after the combined attendances for the earlier ties against CSKA Sofia, Marítimo, Admira Wacker Mödling and Eintracht Frankfurt would have failed to fill the stadium.

Moving 126 km – some 78 miles – to Milan for the last two rounds was immediately rewarded as 80,754 people (then the UEFA capacity of the ground) saw la Vecchia Signora overcome Borussia Dortmund 4-3 on aggregate before the same number bore witness to a 2-1 Parma victory inspired by former Juve man Dino Baggio who scored both goals.

Just over a year later Juventus would reach another major final, beating Ajax on penalties to lift the European Cup for only the second time, ironically at Rome’s Stadio Olimpico before another capacity crowd. Once again in that campaign the delle Alpi would disappoint, with just 55,000 people attending the Semi-Final victory over French side Nantes.

It would be this issue that led to another move as, desperate to show a sold-out stadium to the world, the showcase UEFA SuperCup that followed in December 1996 was held at Palermo’s Stadio Renzo Barbera. After a huge 6-1 away win in Paris, UEFA Cup winners PSG would travel to Sicily and face Marcello Lippi’s side in front of another full house. After UEFA segregation guidelines there were 35,100 looking on as Alessandro Del Piero and Luca Vialli ensured yet another trophy for one of the most dominant sides in recent history.

Juve would struggle in the final year of Lippi’s first stint and in 1998-99 and would only secure a berth in the InterToto Cup. Under Carlo Ancelotti’s guidance they won the much-derided trophy, but not before once again making the move away from Turin. This time it would be the intimate setting of Cesena’s Dino Manuzzi home, which was sold out for every fixture of the competition. Ceahlăul Piatra Neamţ, Rostselmash and Rennes would all visit the stadium and – such was the intimidating atmosphere – the Bianconeri would comfortably see off all three, conceding just one goal.

Even their last trophy win, the 2005-06 Scudetto would be lifted in unfamiliar surroundings, the victory party celebrated in an away win over Reggina yet held at Bari’s San Nicola due to the southern sides ban from their Stadio Oreste Granillo home. Despite the 866km (538 miles) distance between Turin and the Puglian city, once again it would be in front of a capacity crowd of almost 59,000. Del Piero and David Trezeguet would fire Juventus to their 29th title win before the Calciopoli scandal broke later that same year.

The club has already made great in-roads into ensuring there is no repeat of these problems in their new stadium, with large quantities of tickets sold well in advance of next season. Juventus will hope to lift some of these famous trophies at their new home, rather than in someone elses.

The Early Years
From their 1897 formation Juventus played at both the Parco del Valentino and Parco Cittadella, before moving to Velodrome Umberto I for the inaugural Scudetto win in 1905. From there they would move to Stadio di Corso Marsiglia where they would remain until 1933, winning a further four league titles. 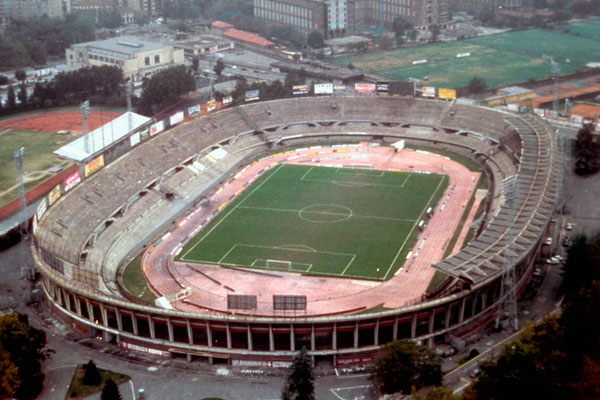 At the behest of ‘Il Duce’ Benito Mussolini the city of Turin would host the World Student Games of 1933, and the stadium for them, along with the iconic Torre di Maratona, would be built in a frankly astonishing eight months. Between their arrival at their latest home and departure in 1989, silverware would regularly be present as Juve would secure seventeen Scudetti and seven Coppa Italia. Both stars for Sporting Merit were added to the shirt during this period. The would return to the remodelled and renamed Olimpico di Torino for their victorious Serie B campaign in 2006-07. 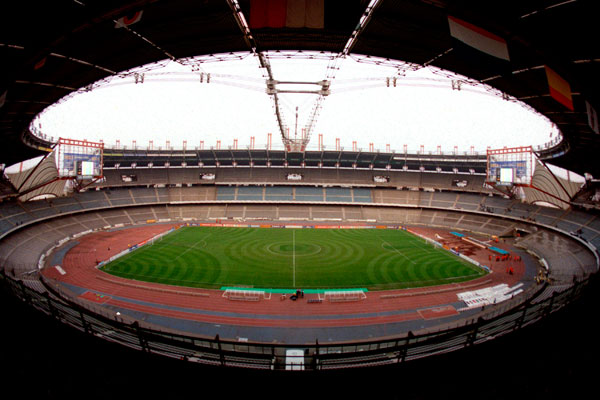 Designed by architect Studio Hutter, the ‘Stadium of the Alps’ was built to host matches for the 1990 World Cup and was host to Gazza’s tears in that years Semi-Final. A combined Juve and Torino side would see off Porto 4-3 in a friendly to open the stadium and the Bianconeri would add a further seven Italian titles and two more Coppa Italia triumphs in their latest home. The fans despised the stadium, which had serious visibility issues because of the running track, which never hosted an athletics event throughout the 19 years of its life.