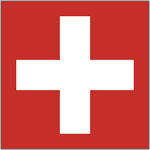 It should have been Switzerland’s greatest year. Just one defeat in the group stage and memorable performances home and away to Manchester United saw FC Basel become the first Swiss side to make it to the knockout stages of Europe’s premier club competition. The European Championship qualifying campaign was ultimately unsuccessful, but the national team had shown enough to suggest that they’ll be back at a major championship soon.

The Swiss were undone by a Mirko Vucinic goal in Montenegro – the one that sparked the shorts on head celebration – and a poor display in Swansea where they were well beaten 2-0 by Wales. Sadly, that positive news has masked myriad problems lurking beneath the surface.  The Swiss reputation for efficiency and good business sense does not apply to football it seems.

Basel continue to be the standard bearers of Swiss football. They’re well run; they produce talent of their own and operate shrewdly in the transfer market. They didn’t panic when SV Hamburg came in for coach Thorsten Fink during the winter break, quietly promoting his former assistant Heiko Vogel to the top job and have since seen the 36-year old flourish. After the crucial win at St Jakob Park over United, Basel then struck a blow by defeating FC Bayern – in the first leg and the achievement in getting to that point shouldn’t be undermined by the subsequent 7-0 defeat in the return leg.

In the Europa League, FC Thun had knocked Palermo out in the second qualifying round before losing to Stoke City.  No disgrace in that. Young Boys beat Westerlo before defeat Sporting Braga, though only on away goals after two draws with the previous season’s finalists. FC Sion, however, had beaten Celtic and were into the group stages.

So far so good for Switzerland then……

After a 0-0 draw in Glasgow, Sion went on to win the game 3-1, but it wasn’t to last. After the tie it came to light that Sion had fielded ineligible players, players signed during a transfer imposed on the club following the disputed transfer of Egyptian goalkeeper Essam El Hadary.

El Hadary was signed from Al Ahly, but the Egyptian club never agreed to his release citing the level of compensation offered as not being high enough. The Swiss club played El Hadary anyway, but arbitration found in favour of Al Ahly. Sion were ordered to more than treble the amount offered while UEFA banned El Hadary for four months and blocked Sion signing players for two transfer windows. While contesting this decision, Sion signed more players believing that the ban was only effective once appeals had been concluded. Not so, and five players signed during the ban played against Celtic.

UEFA rapidly ejected Sion from the Europa League and the two matches against Celtic were awarded as 3-0 wins to the Scottish club who progressed instead. Sion dragged the appeal through every court imaginable – civil and sporting – before ultimately failing to have their ejection overturned. Further intrigue was added when FIFA threatened to suspend the Swiss FA – and therefore its member clubs – should they fail to impose sanctions on Sion. Briefly, this threatened Basel’s place in the knockout stage of the Champions League. Ultimately, the Swiss FA docked all points gained while the ineligible players were playing – 36 in total – and Sion slumped to the bottom of the league.

They weren’t bottom for long. Neuchatel Xamax had been struggling on for some time with annual losses and mounting debt but their ‘white knight’ had ridden into town from Chechnya. Bulat Chagaev – a close associate of despot, warlord and gangster, Ramzan Kadyrov, who rules the semi-autonomous republic with an iron fist – was that knight, but his reign quickly descended into farce.

He sacked coaches like Maurizio Zamparini on speed. He threatened his own players. He threatened other team’s players. His armed goons were never far away before the Swiss financial authorities caught up with him. Questions had been circling about the source of his funds for some time and the production of a fraudulent document sealed Chagaev’s fate. He and his fellow Chechens on the Xamax board were arrested. The company was wound up under the weight of Sfr8m debts, their license to play in the Swiss league revoked.

This was the first time a Swiss club had dropped out mid-season since Servette collapsed in 2005. A year previously, Lausanne also suffered the same fate. Both worked their way back up from the regional leagues to the Super League where they are today, but now Servette find themselves back in trouble. At time of writing, the club has a month to come up with a rescue package to save itself from bankruptcy. Their previous owner, Iranian businessman Majid Pishyar, filed for bankruptcy at the beginning of March. He’s since sold out to Canadian Hugh Quennec. In an interview with Swiss TV, Quennec confirmed that the club needs to raise between five and ten million Swiss francs to see out the season.

Despite this, the Canadian remains upbeat, pointing to the Sfr650,000 already raised. “The situation is not going to get worse, it’s only going to get better”, he recently declared, somewhat optimistically. However it’s difficult to feel too upbeat about these statements given all that has gone before – optimism in Swiss football is in short supply.