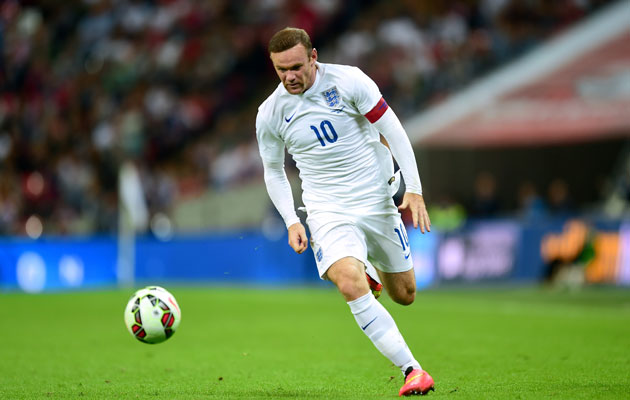 You say something (under your breath or to yourself) for nigh on 5 years and you get roundly ignored by the world’s media, Manchester United and a succession of England football managers.

Then Paul Scholes goes ahead and says the exact same thing in a national newspaper and voila:  it sparks a country-wide debate.

It’s enough to make you want to write an article about it, then go back and replace his name with a nickname that both passively aggressively mocks him and simultaneously releases your own self-absorbed rage.

Scholesy might be onto something when he suggests Wayne Rooney’s best position could be found in midfield.  The fact that he should be the one to say it is rather fitting, as Scholesy himself played as a striker when he was younger, until Alex Ferguson moved him back into the central midfield playmaking role he all but came to define.

Rooney’s footballing qualities have always been his vision, his technical ability and his work rate.

As a No.10 this translates into a player who possesses all the technical skill but ultimately lacks the required patience to simply wait for the ball to come to him and then drift into the spaces between midfield and attack, as the truly great Trequartistas like Zidane and Baggio did in the past.

Neither is Rooney a natural fit as a No.9.  When deployed in this position he is forced to curb his creative instincts.  He is no selfish taker of chances a la Van Nistelrooy or Inzaghi.  He has learned to be selfish, rather than having a natural predisposition towards it, and he has done so less successfully than his Manchester United strike partner Robin Van Persie.

Zlatan Ibrahimovic wrote in his autobiography that when he feels he is playing badly he simply tries less hard – reasoning he plays better when he’s relaxed.  Rooney’s contrary desire to be in the heart of the action leads to him being drawn towards the ball rather than being in the right place to receive it and hurt the opposition.

Rooney has proven he can play both the No 9 and the No 10 roles, in much the same way that Steven Gerrard and Luis Enrique proved that they could put in a top class performance in any position on the field from the right of defence to the left of attack.

They are all, for want of a better way of putting it, very good at football.

But to truly get the best out of Wayne Rooney he needs to be deployed in a role that not only complements his natural strengths but also takes into consideration his natural propensities.  If nothing else England’s 1-0 victory over Norway on Wednesday night suggested that a front trio of Raheem Sterling behind Danny Welbeck and Daniel Sturridge might just cause the opposing defence rather more problems.

Rooney is 29 next month.  At 26 Michael Owen suffered the cruciate ligament injury in the 2006 World Cup that finally robbed him of the last of his remaining pace.  He subsequently failed to adapt his game and saw out his career sitting on the bench of Manchester United and Stoke.  When the same injury befell Alan Shearer he successfully modified his style of play – using his physique and strength to transform himself into an old fashioned ‘target man’.

Rooney has been fortunate with injuries but one day his pace will desert him.  Where Shearer had strength, Rooney possesses natural technical ability and vision that few footballers are blessed with.

Andrea Pirlo and Scholesy were both once strikers.  Both became world class midfield playmakers who continued well into their thirties.  Fitness permitting there’s no reason Wayne Rooney couldn’t follow the same path and, if nothing else, it will spare him the humiliation of cutting an increasingly frustrating and isolated figure in attack.