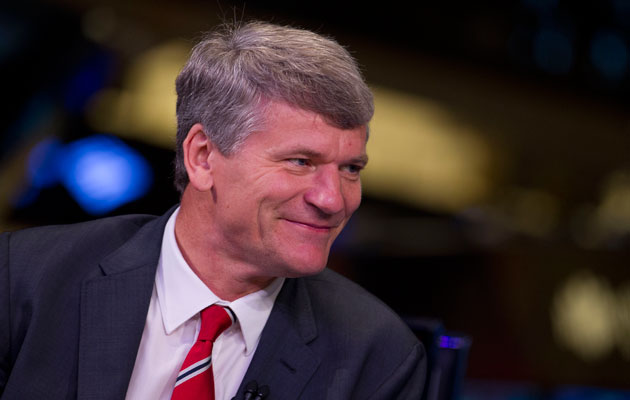 David Gill has revealed he will not take up his seat on the FIFA executive committee if Sepp Blatter is re-elected as president of the world federation at its congress here in Zurich tomorrow.

After a meeting of the European federation’s national associations here today, at which he told delegates of his decision, Gill said: “If president Blatter is re-elected, I will not be there.”

“I was delighted when UEFA voted me in,” said Gill. “What’s changed my mind? Seismic events yesterday. Joining [Fifa] would be futile and that would not be right for me. I can categorically state that in Prince Ali we have a candidate. It would be a new FIFA.

“There’s no way the president, who has worked for Fifa for many many years, can ignore [corruption allegations]. He has to move on. If I was in that situation i would. I can’t see how that cannot be the right decision.

“For president Blatter not to resign based on what happened yesterday is indicative of the problem. He disagrees and that’s his prerogative.

England appears to have cornered the market in anti-FIFA protests at congress after the then chief exective, Adam Crozier, spoke out in vain against Blatter’s re-election in Seoul in 2002 and then David Bernstein, at the time FA chairman, opposed in vain Blatter’s continuance in power four years ago in Zurich.

Gill’s decision came after an agonised 24 hours for the European federation and its president Michel Platini as its strategy for opposing Blatter appeared to be falling apart despite all the pressure on Blatter after legal assaults on FIFA yesterday in both Switzerland and the United States.

After an executive committee meeting in Warsaw yesterday, ahead of the Europa League Final, UEFA general secretary Gianni Infantino had talked of the possibility of a proposal to postpone the FIFA election and even the prospect of European boycott.

However, after overnight talks and UEFA’s own mini congress here in Zurich today, both possibilities were discounted.

One reason is that Blatter has support among heavyweight UEFA member associations including Russia and Spain as well and possibly even Platini’s home association of France which has just been awarded host rights to FIFA’s 2019 Women’s World Cup.

Gill had been persuaded only reluctantly by UEFA president Michel Platini to stand for the British vice-presidency which now falls within the controlling of the European federation. He was selected after winning an election at UEFA Congress.