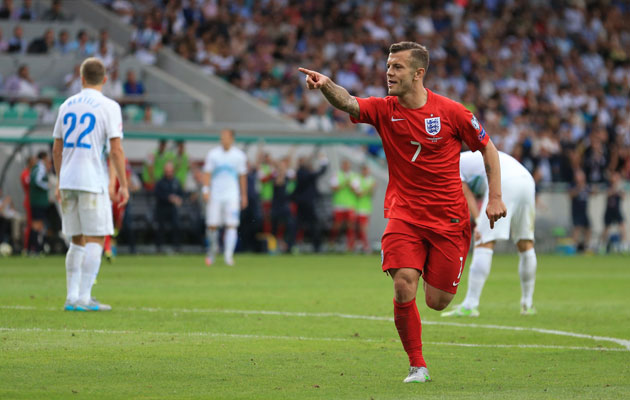 It was, in the words of the Duke of Wellington, the bicentenary of whose triumph at Waterloo has just been celebrated, “a damn close run thing.”

England’s 3-2 victory in Slovenia. How one’s heart sank as their defence broke down once again to enable the hosts to equalise, only for Wayne Rooney, who had missed those two excellent chances on his way to equalling Bobby Charlton’s aggregate goal record – for whatever that means – to win England a breathless victory. Forgive me if I cannot join in the subsequent euphoria, surely engendered as much by sheer relief as by any sense of triumph.

Coldly analysed, this performance, though light years ahead of the dismal exhibition in Dublin, was hardly calculated to frighten the far stronger opponents to be faced in France. The true hero of the occasion was of course Jack Wilshere. As one who has long believed in his talent – hardly overshadowed by the occasion piece of adolescent behaviour, such as his jeering at Spurs.

I was delighted by the way he scored with those two splendid left footed shots. They turned the game, got England out of trouble – even though that shaky defence lapsed once again – but without Wilshere, who else could have spared the English blushes? He and his two fine goals were the difference between the teams and for me proved beyond argument that having him lurking at the back is a futile waste of a vital talent.

Wayne Rooney? In the event he got the winning goal, perfectly created for him, but I still cannot see him as a major force, still think only of his glorious long shot displays in Portugal in those European finals as the one undoubted triumph of an international career which had begun so well, but was doomed to be plagued by petulance.

All credit to him, though, for shrugging off the vicious, vengeful elbow which knocked him down. An offence by Slovenia’s Boštjan Cesar which appeared to be a belated revenge for a challenge by Rooney at Wembley which put him out of the game for weeks.

But what, you may ask indulgent Alberto Undiano Mallenco of Spain, are referees for? This year Rooney has been firing so many blanks for club and country. Is there a case of fielding Theo Walcott in his spearhead place, the one which Walcott himself prefers and which he occupied so well for Arsenal late on?

The England defence, alas, won’t do at all. John Terry alas is lost to the cause and there’s a pitiful lack of adequate centre backs. Gary Cahill and Chris Smalling made a dog’s dinner of Slovenia’s first goal. Phil Jones’ throw-in was at fault but what was he doing there anyway? Horrid memory of how the hulking Italy defender Giorgio Chiellini went past him like a winger to set up Italy’s goal in Turin.

An early miss apart, Hodgson was well justified in keeping faith with a Raheem Sterling miserably out of form in Dublin. More than right to keep faith with Andros Townsend, who clearly has the big match temperament. And to choose Adam Lallana as an influential second half substitute.

But Slovenia’s second goal was another embarrassment. Southampton’s unused Nathaniel Clyne would surely have cut out that left wing cross; Kieron Gibbs should have dealt with Pecnik’s header. Discarded Phil Jagielka could hardly have done worse in central defence. And surely it is time to give opportunities to Everton’s Ross Barkley whose occasional errors, emphasised by Hodgson, are arguably outweighed by his lively attacking flair.

Rangers have done well and Brentford may yet regret jettisoning Mark Warburton, the ex City trader who did so much for them last season.

How are the mighty fallen at Ibrox! For years so dominant with rivals Celtic, the team failed wretchedly in the play-offs against Motherwell. I still find it difficult to understand how things went so horribly wrong.

Getting Brentford to the play-offs was a massive achievement by Warburton. Now at Rangers he will be asked to perform one more small miracle.