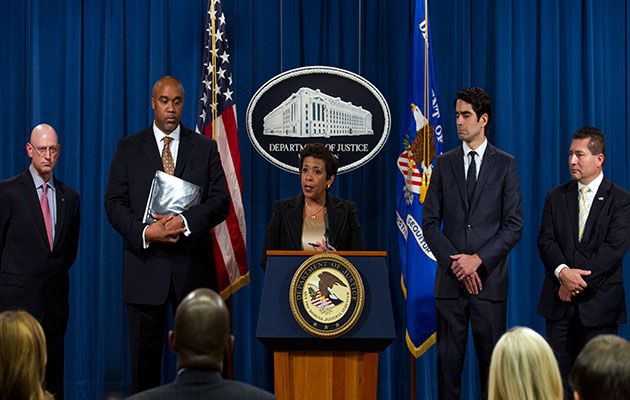 All the stuffing was knocked out of FIFA’s putative reform programme within hours of its publication after a wholly damning new screed of revelations from Loretta Lynch.

The Attorney-General of the United States upstaged the world football federation’s belated attempt to build a better tomorrow by digging deeper than ever into its mendacious, avaricious yesterday.

A new ‘superseding indictment’ named 16 further defendants in the bribery and corruption extravaganza played out among many of the leaders of Latin American football, treating commercial contracts as their own personal bank accounts.

Along the way Lynch and her team from the US DoJ revealed that Jeffrey Webb had changed his plea from pretend ‘bewildered innocence’ to guilty on seven counts and that the financial pillaging of Brazil’s Ricardo Teixeira and Marco Polo Del Nero was now finally and formally out in the open. 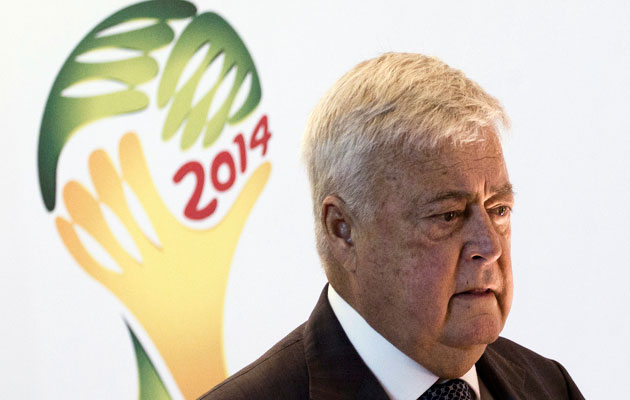 The greed of Ricardo Teixeira, former head of the Brazil Foofball Federation, has finally been exposed.

Teixeira is the former son-in-law of long-time FIFA president Joao Havelange. In 2012, Swiss prosecutors said the two men had received more than $20m in illicit ‘commissions’ from the now-bankrupt FIFA marketing partner ISL over the awarding of TV and marketing rights to the World Cup.

Del Nero quit as president of the Brazilian confederation after learning of the indictment. He had only just been kicked off the FIFA exco because he refused to travel outside Brazil to attend meetings for fear of arrest. As long as he and Teixeira remain at home then, as Brazilian citizens, they cannot be extradited to the US.

Teixeira and Del Nero, according to the US Justice Department, are two of 27 people who have been named since May, accused of running schemes designed to solicit and receive more than $200m in bribes and kickbacks to sell media and marketing rights for major international tournaments such as the World Cup, Copa America and Copa Libertadores (South American equivalent of the Champions League).

The addition of Guatemala’s Rafael Salguero to the roll of shame list brought to 11 the number of current or former exco members facing charges.

These are all in addition to the unnamed 24 co-conspirators whose names remain hidden behind identifying numbers and whose ‘assistance’ to the FBI may save them from court arraignment.

The early-morning arrests in Zurich, on extradition warrants in a repeat of the May 27 raids at the Baur au Lac hotel, of CONMEBOL and CONCACAF presidents Paraguayan Juan Angel Napout and Honduran Alfredo Hawit were just the start.

A statement from the Swiss Federal Office of Justice said Napout and Hawitt were opposing extradition. It added: “According to the US arrest requests, they are suspected of accepting bribes of millions of dollars . . . in return for selling marketing rights in connection with football tournaments in Latin America, as well as World Cup qualifying matches.”

Both thus missed the executive committee meeting which approved the full swathe of reform proposals generated largely in the first place by audit chairman Domenico Scala and taken on board by Francois Carrard and his reform committee, as urged by legal director Marco Viliger and interim general secretary Markus Kattner.

The focus switched then, dramatically, to Washington with the latest revelations of how Latin American football bosses allegedly enriched themselves not only through siphoning off commercial cash but by diverting development grant and disaster relief funds.

Chief among the latter were disgraced former Caribbean football chiefs Webb and Jack Warner who ripped off the poorest countries in their region.

The indictment states: “The conspirators’ corruption of the enterprise extended beyond the payment and receipt of bribes and kickbacks.

“FIFA’s provision of money – which totalled in the hundreds of millions of dollars – to its member associations in connection with the Goal Program, Financial Assistance Program (FAP), and other programs created opportunities for officials to embezzle or otherwise fraudulently appropriate funding intended to benefit FIFA’s member associations and their constituent organisations, including youth leagues.

“Certain of the defendants and their co-conspirators, including the defendant Jack Warner and Jeffrey Webb, took advantage of these opportunities and embezzled or otherwise personally appropriated funds provided by FIFA, including funds intended for natural disaster relief.”

Here was final apparent confirmation that Warner diverted $750,000 donated by FIFA and the Korean Football Association intended for victims of the 2010 Haiti earthquake.

Also indicted were a former president of Honduras in Rafael Callejas, a former federation head, as well as Hector Trujillo, a judge on Guatemala’s constitutional court. Lynch said Trujillo had “purportedly dispensed justice by day while allegedly soliciting bribes and selling his influence within FIFA.”

The former head of Panama’s federation, Ariel Alvarado, was another target. Alvarado led the Panama association from 2000 to 2011 and served on the executive committee of CONCACAF. He has also served on FIFA’s disciplinary committee.

Chavez was already jailed in Bolivia in July on charges arising from a separate investigation into allegations that he diverted funds from a charity match.

Meanwhile, in Miami, FBI agents searched the office of Media World, an affiliate of Spanish media giant Imagina Group. Media World was one of the unidentified sports marketing companies mentioned in the orignal FIFAGate indictment in May as having agreed to pay a bribe to a senior official in the Americas.

The Swiss authorities are also investigating whether the World Cup hosting rights for 2018 in Russia and 2022 in Qatar were won with the help of bribery.

At a news conference in Zurich, acting FIFA president Issa Hayatou had insisted that neither he nor the organisation were corrupt. But the depths of alleged criminality revealed by the US DoJ raises significant questions about how anyone within FIFA – bar the most recent arrivals – can present their devotion to reform with any semblance of crediblity.

Hayatou said: “FIFA is not corrupt. We have individuals that have shown negative behaviour. Do not generalise the situation. There are lots of people in FIFA for more than 20 or 30 years that have not been accused of anything.”

Yet the Cameroonian was rapped over the knuckles once by the International Olympic Committee for accepting cash from former FIFA marketing partner ISL and was also accused by a World Cup whistleblower, before a UK parliamentary committee, of having accepted a $1.5m bribe from Qatar during the bidding process for the 2022 World Cup. Hayatou denied wrongdoing on both counts.

For all Hayatou’s positive words, the atmosphere behind the scenes was very different. Brazil’s new exco member Fernando Sarney – replacing Del Nero – said: “It was like someone had died.”