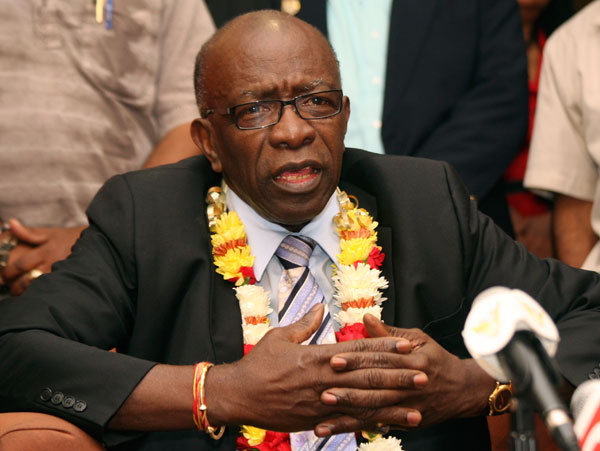 Former FIFA vice-presiudent, Jack Warner, already at the heart of a number of corruption charges, faces further allegations of wrongdoing,  including a claim that he moved funds intended for victims of the 2010 Haiti earthquake into his own bank accounts.

The BBC, which has seen papers drawn up by US authorities, says Warner is accused of diverting US$750,000 in emergency funds donated by FIFA and the Korean Football Association.

The BBC reports US investigators alleging the money went to accounts controlled by Warner, at “Warner’s direction” for his “personal use”.

Warner was one of those arrested last month as part of the FBI investigation into bribery and corruption, and faces extradition.

In 2012, the Trinidad & Tobago Football Federation (TTFF) claimed that funds donated for Haiti ($250,000 from FIFA and $500,000 from South Korea) was diverted into an account controlled by Warner.

Meanwhile, Frank Lowy, president of Football Federation Australia (FFA), has said he would welcome an investigation into a AU$500,000 made by Australia’s doomed 2022 World Cup bid team, that also also allegedly ended up in one of Warner’s accounts.

In an interview with Sky News Australia, Lowy said: “I have made no offer to him. I have not negotiated with him.

“We were trying to influence the whole world. He was one of those people that we were hoping were going to vote for us.

“But I think there were a lot of other countries that thought so also because he made promises to them. But he made no promise to me.”

He said the payment – intended to develop a centre of excellence in Trinidad & Tobago – was paid out to create “goodwill” for Australia.

Lowy insisted the country had notghing to hide but he admitted “we never stood a chance” of hosting the tournament, which was ultimately awarded to Qatar. Asked why he thought Qartar won the bid, he replied: “How would you think it was done?”

In the meantime, Australia has dropped its bid to host the 2023 Women’s World Cup.

“In the current volatile environment, FFA can give no consideration to bidding for any FIFA tournament,” the FFA said in a statement on Tuesday.

“FIFA’s problems are deep-rooted and tangled in a culture that has developed over decades. Until such time that the existing governance model is overhauled, it’s hard to imagine the circumstances in which FFA would put Australia forward as a bidding nation.”