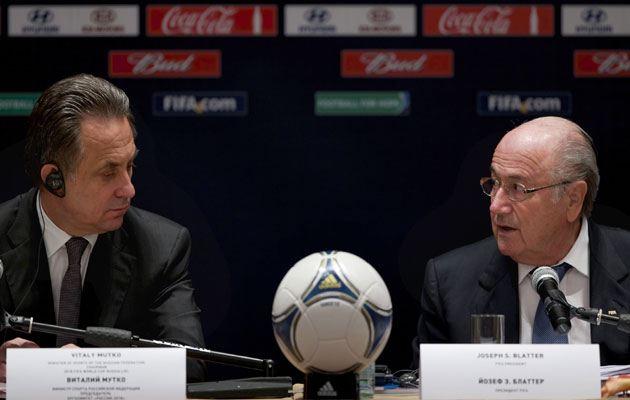 Last Thursday, against the backdrop of the international tension following the shooting down of Malaysia Airlines flight MH17 with the loss of 298 lives over Ukraine, the Russian federation announced that the three main Crimea clubs would play in their imminent next championship.

But, so far, the Russians have not either sought or been granted approval by world federation FIFA or European authority UEFA.

According to the Russian federation, its executive committee decided that Tavria Simferopol, SKChF Sevastopol and Zhemchuzhina Yalta should compete in the second division southern zone, the country’s third tier.

A statement said: “At the next RFU conference we will propose that it should accept the Sevastopol Football Federation and the Republican Federation of Crimean Football under its umbrella.”

In Kiev the announcement was viewed, according to sources within the Ukraine federation, as either provocative or an attempt to ‘smuggle through’ the realignment when attention was on ever more serious issues.

FIFA, officially, knows even less than the Ukrainians. A spokesperson said it “has not been officially informed of the matter you mention.” That may be viewed as both surprising and even bad manners, considering that the Russian Sports Minister, Vitaly Mutko, is a member of the world body’s executive committee.

Perhaps UEFA could shed a little light since it says merely that it ”is monitoring the situation and is in contact with both national associations to discuss the matter.”

Russia took over Crimea from Ukraine in March after claiming 96.77pc approval in a controversial referendum and shortly after Ukrainian protesters in Kiev had toppled pro-Moscow President Viktor Yanukovich. Since then Ukraine has accused Russia of supporting and arming separatists in the east of Ukraine in Donetsk and Luhansk.

The current situation is reminiscent of events back in March when Mutko returned home from a FIFA executive committee meeting to tell Russian media that the world federation had cleared the way for Tavriya Simferopol and PFC Sevastapol to quit the Ukraine league.

FIFA later denied any knowledge of such an agreement.

Russia’s involvement in the Ukraine crisis has prompted demands from some western politicians for the country to be stripped of hosting rights to the 2018 World Cup finals.