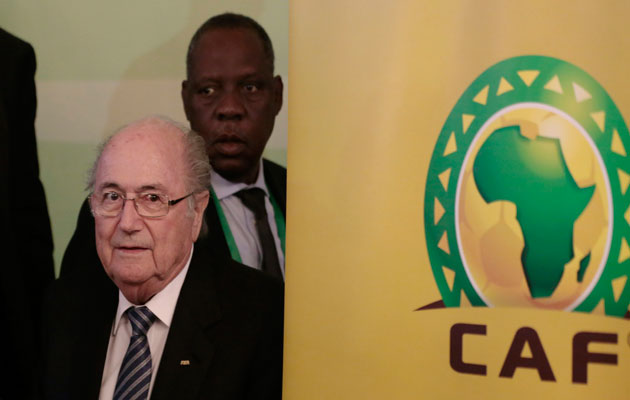 For one man in particular, the 2015 congress of the African Football Confederation was a total an unmitigated triumph. Not Sepp Blatter, though FIFA’s president would have flown away happy. But Issa Hayatou.

The Paris-based Cameroonian has had his setbacks down the years:

Being ‘fingered’ in the ISL scandal (albeit to a comparatively minor extent compared with others) was one;

allowing himself to be persuaded by UEFA to run against Blatter in 2002 was another (a decisive beating meant a double defeat) was another; and

recent defeats for CAF by the federations of Tunisia and Morocco at the Court of Arbitration for Sport were two more.

But, starting from the satisfaction of a first ‘home’ World Cup in South Africa in 2010, Hayatou has secured his personal grip for not only the time being but the foreseeable future. Critics had better get used to it.

Hayatou was one member of the FIFA executive committee never assailed in the 2018-2022 World Cup bid scandal. Then the death last year of Argentina’s Julio Grondona saw him rise, through ‘mere’ longevity since 1988, to the status of senior vice-president.

Thus Hayatou is aware that he is one heartbeat away from the presidency without needing to run himself. Favourite Blatter is 79; Hayatou a mere stripling of 68. His own power base is more secure than ever.

His greatest, latest coup has been in amending CAF statutes to scrap the directorial age limit of 70. Blatter, guest of honour at CAF Congress, knows Hayatou is there, with his personal guarantee of unanimous CAF support, as long as he needs him.

Hayatou’s own term comes up for renewal in 2017 and there is not one potential rival even beyond the horizon, let alone on it. Ensuring this happy state has been high on Hayatou’s agenda over the past four years.

A new system is being introduced in two years’ time to enshrine regional representation for CAF on the FIFA exco. From 2017 Africa will reserve one seat for the CAF president, one for a French speaker, one for a candidate from an English-speaking country and one shared among the Arabic and Portuguese-speaking FAs.

This can be seen as representative democracy. Also, by a convenient coincidence for Hayatou, it defines a fragmentation which mitigates against the creation of any alternative power base.

Now completing his second (and last) four-year term at FIFA, Anouma had been the only possible threat to Hayatou’s command.

Anouma had been rallying support for several years but was blocked at every turn by Hayatou. Decisive was the latter’s amendment of CAF statutes two years ago to prevent any non-CAF-exco member standing for president.

That effectively sealed Anouma’s fate. He had nothing to offer potential supporters except a wasted vote and a possible taste of the “culture of intimidation” which, in Prince Ali of Jordan’s notable soundbite, haunts the corridors of power in the world game.

Also gone, after only one term on the FIFA exco, is Algerian federation president Mohamed Raouraoua.

He made the mistake of once letting it be known that he had CAF presidential ambitions. Subsequently he was advised not even to waste time standing again. Bouchamaoui thus took his place with unanimous congress support.

Africa has one other presence at FIFA in Burundi’s Lydia Nsekera, the ‘official’ women’s football representative. She is not threatened, supported as she is by two fellow members of the International Olympic Committee ‘club’ in Blatter and Hayatou.

Hayatou can thus steer his ship as it suits.

This meant inviting ‘Dear Sepp’ to address CAF Congress as FIFA president, assuring him he was not in “hostile territory” (as at UEFA Congress), promising him all 54 CAF votes and denying a speaking opportunity to watching rivals Prince Ali, Dutchman Michael Van Praag and Portugal’s Luis Figo.

A small demonstration, if anyone needed it, of who runs African football.