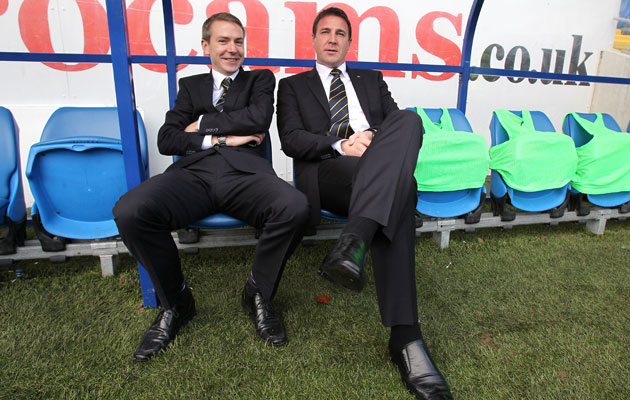 Has the Football Association dodged the issue? Has it hidden behind debatable legalities in failing to sanction Malky Mackay and his former sidekick at Cardiff City Iain Moody for the blatantly and offensively racist comments they made in an exchange of messages when they were still in command at the Welsh club?

Was there any significance as has been hinted in the fact that the FA’s controversial decision emerged on a day when concentration was high on the Test Match and the Open Golf Championship? In the words of a ghastly little female apparatchik alluding to the appalling atrocity of the New York Twin Towers, “a good day to bury bad news”?

Talk about the protracted gestation of an element. It has taken all of eleven months for the decision to be made known. Great legal minds seemingly baffled with the question of whether the offensive statements were “sent with a legitimate expectation of privacy and therefore not subject to any disciplinary action. But other legal opinions have been expressed which insist that no law in Britain makes such a distinction between private and public communications.”

As we know both men lost their jobs at Cardiff while Moody resigned from a subsequent appointment at Crystal Palace. Mackay was controversially taken on at Wigan by the owner Dave Whelan who made a clumsy defence of his decision, but he lost that job too as the team foundered.

Certainly the racist content of the two men’s exchanges was repugnant. The misogyny as well. An agent was described as “Fat Phil, nothing like a Jew that sees money slipping through his fingers.” The official of another club was termed “the gay snake and the homo.” Owner Vincent Tan of the Cardiff club itself was derided, as “a Chink.”

It all came to light when the club received authorisation to search Moody’s officers as part of an investigation of the club’s transfer policies.

The FA now feebly says it will be reconsidering the supposed legal barrier, has spoken to both men bout their offences, saying, “Both have acknowledged that such terms are not acceptable,” while Mackay, once a dominating centre half, “has voluntarily undertaken equality and diversity training.” Whatever the hell that is.

But not a squeak from the FA over the recent publication of misogynist remarks in another “private” conversation, which smacked of the louche crudities of the saloon bar. The offender in this case being no less a figure than Richard Scudamore, ruler of the hugely wealthy and powerful Premier League.

His remarks were publicised by a female employee who had lost her job but kept them in the course of her duties. Revenge is sweet. 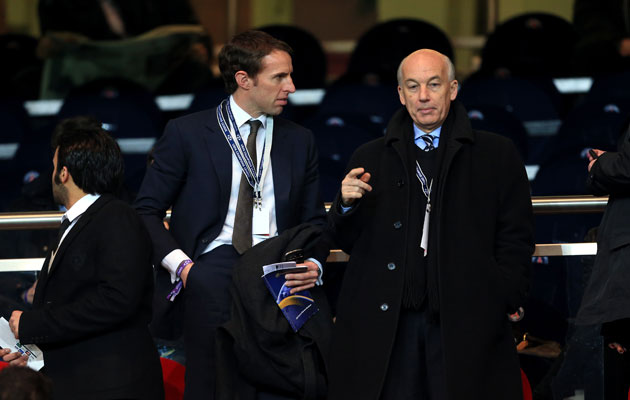 And what of the David Elleray affair which has been allowed over a period of many months to lie unchallenged and uncensored? Astonishingly, for an ex-referee and now a senior official who was a housemaster at no less a school than Winston Churchill’s Harrow, Elleray crudely greeted, at an official occasion, a colleague from a foreign background remarking on the colour of his skin.

As a referee, Elleray was hardly a shining example. Not least when he took charge of an FA Cup semi-final and denied the underdogs Chesterfield then of the Third Division a perfectly good goal which eventually cost them defeat by Middlesbrough who went on to Wembley. He was also author of a lamentable, self-preening autobiography which was savagely reviewed.

The FA meanwhile now say that they will examine their rulebook which in the quite recent past has proved a pretty malleable affair. I am thinking particularly of the case of John Terry, accused in the Horseferry Road Magistrates court of racially abusing Anton Ferdinand of QPR when playing there for Chelsea.

Terry admitted the racist abuse; but insisted it was not directed at Anton Ferdinand himself and was duly however controversially acquitted. Which wasn’t good enough for the FA who had only quite recently changed their so-called rulebook.

Whereas in the past it was laid down that no decision by a court could be challenged, now it was legitimate to ignore it. This was done and Terry was duly fined and suspended from an England team that desperately needed him and to which he has refused to return.

But David Bernstein, then an unimpressive Chairman of the FA – one meaningless defiance of Sepp Blatter was hardly heroic – had already deprived Terry of the England captaincy before his case had even come to court.

As for Blatter, he just won’t get up and go. He still insists in staying on till March and now means to bring in a meaning series of so-called reforms which given his own imprimatur can never be taken seriously.

There is still rumour that Michel Platini may succeed him. After his support of Qatar? Would you rather be shot or hanged?

As long as every nation has a vote it is hard to see how anything at FIFA can usefully change. Besides once again we must remember that the ineffable Joao Havelange stayed in presidential power for twenty-four corrupt years.

Now we have the fiasco of a World Cup draw in Russia; probably as guilty as Qatar of buying a World Cup. And still the subject of racist incidents at their stadia.