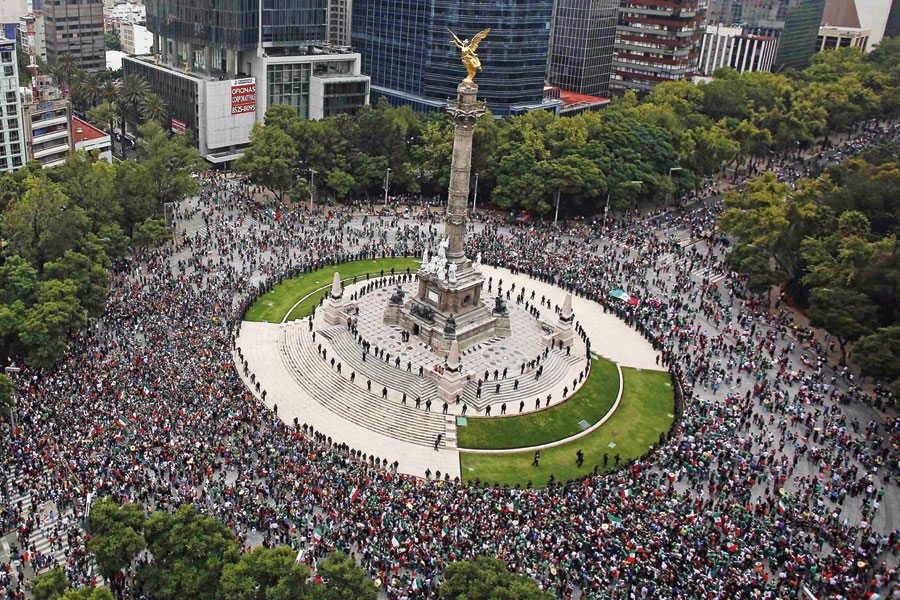 Halls of Fame are notoriously awkward beasts in the football zoo. In the formalised, enfranchised world of United States sports the concept works. But soccer is another stage entirely.

The latest attempt to create a lasting ‘Gotha’ to the great names of the game is alive and kicking in Pachuca, some 50 miles northwest of Mexico City. The latest inductees – whether they like it or not, whether they are alive to appreciate it or not – have just been voted in.

Pachuca may appear an odd venue but, in its context, no more odd than was Preston as a site for the original football museum in England.

Here one of the first Mexican clubs was founded by British miners. Since millionaire businessman Jesus Martinez Patino bought control a decade ago Pachuca have won five championships, four CONCACAF Champions’ Cups, the 2007 SuperLiga (defeating LA Galaxy) and one Copa Sudamericana in 2006 (thus becoming the first CONCACAF team to win a CONMEBOL tournament).

Mexican football has been powered for years by the domineering command of the Televisa broadcasting network. Televisa owns America and has ‘hidden’ hands in several other clubs.

The outcome is a north/south divide to test the diplomatic skills of Justino Compean, the Mexican federation president who lost out last year by one vote to American Sunil Gulati for Chuck Blazer’s old CONCACAF seat on the FIFA executive committee.

Televisa has a long football history, right back to the days when the owning dynasty’s original Emilio Azcarraga was best friends with Joao Havelange. In those days his chief lieutenant Guillermo Canedo headed the Mexican federation and was on the FIFA exco.

No wonder, looking back, that Mexico’s delegation had to do little more than say hello to beat the United States and Canada to short-notice host rights for the 1986 World Cup after Colombia’s withdrawal.

But inter-club jealousy is far from the only challenge for Compean & Co. Increasingly Mexican football is being assaulted by the sort of Barras Bravas gang hooliganism which has long blighted Argentina.

Mid-March saw fan violence in Guadalajara which prompted a public outcry and prompted the government to propose legislation with ramped-up jail terms for miscreants.

Here football holds up a mirror to the nation. This is not the Mexico which hosted the 1970 and 1986 World Cups, frozen in time by the political monopoly of the PRI which governed for more than 70 years.

Ultimately, a perfect illustration of Acton’s Dictum, the PRI corrupted from within. The free trade agreement with the US and Canada in 1998 then freed Mexico into a vulnerable financial world.

The consequence of the subsequent crash are marked in the newspaper reports of bus heists, drug gang wars and of shootouts between police and street gangs.

In such a social context football often offers a fleeting, happy distraction. But the prospects of El Tri offering positive news during the World Cup finals are slim.

Mexico needed the fall-back rescue of the play-offs to reach Brazil and went through four national coaches in doing so. The heady days of that London Olympics gold medal triumph over Brazil in 2012 – their greatest football moment – seems an age ago.

Coach Luis Fernando Tena and many of his players have long since been transformed from heroes into scapegoats.

Not Chicharito Hernandez. He missed the Olympics but remains a superstar for his fellow countrymen in a manner which might surprise the Old Trafford faithful, used only to his rare incursions from the subs’ bench.

His contradictory status illustrates one of the self-destructive traits of the Mexican game. While Chicharito is little more than a bit-part player at Old Trafford – a trend begun under Sir Alex Ferguson not David Moyes – the very fact that he plays for Manchester United renders his superstar image untouchable back home.

That, in itself, illustrates the optimism which Mexican fans will take to Brazil as they attend the World Cup finals in force. The odds are not good on them witnessing – against Cameroon or Brazil or Croatia – anything to grace Pachuca’s Hall of Fame.

But then, in any language, football is a funny game.