The indefatigable and essential Andrew Jennings dug up still more appalling dirt on Fifa and its machinations on BBC Panorama. The $64,000 question: what is going to happen now? Where things over the past year or so have radically improved for the better – and for the worse for the culprits – is that you might say the US cavalry have arrived.

Fifs, we have long known, is a den of thieves, a sink of iniquity, with infinity of snouts in the trough. As one never tires of pointing out, it has been that way ever since the poisonous and greedy Joao Havelange ousted Sir Stanley Rous in 1974. But Havelange at this moment, despite the fairly recent disclosure of the vast amount of bribery money he got out of ISL (though the appalling Ricardo Teixeira has been impugned for his own deep involvement in the pay off) continues to sit at home in Brazil, a nonagenarian now, among his ill gotten millions.

But do I need to remind you that Havelange stayed in Fifa presidential power for 24 years? And that for all the excellence of Jennings’ investigations and those of my gifted colleagues at the Sunday Times Insight team, it was only when the American Feds and their splendid Attorney General, Loretta lynch, focused their sights on Fifa and its scandals that anything at last was done.

In recent days the net has been cast even wider by the US prosecutors and Blatter himself – not me Guv! – is under increasing pressure. How could he not have known what was deviously going on?

Brazil now have a new top honcho since Teixeira, scandalously made head of their World Cup organising committee, who has also been pulled in as Jennings revealed.

Jennings has also pointed a damning finger even at the Australians whose women representative smilingly revealed to the reporter that her body had sent a vast sum of money to of all people, the abysmal Jack Warner to be passed on to Haiti for their disaster funds. Pull the other one. 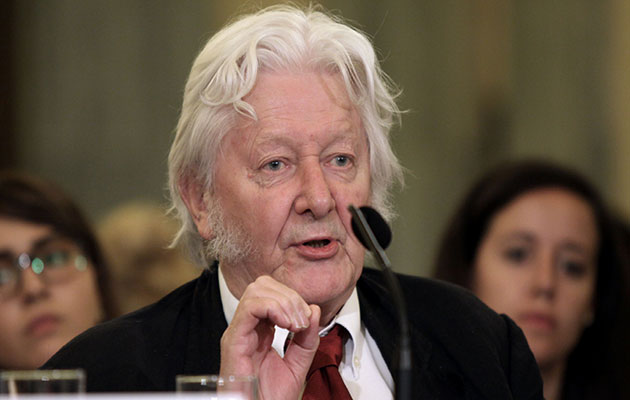 Presiding over Fifa at the moment is Issa Hayatou, who as Jennings pointed out, has a record as long as your arm. The list of candidates for the presidency, which now looks likely to be denied the implicated and suspended Michel Platini, is a malodorous one with the exception of candidate Prince Ali, who was overwhelmingly beaten in the previous election by Blatter.

A senior MP has demanded that the World Cups be taken away from both Russia and putrescent little Qatar, who as Jennings informed us, paid out spectacular money in bribes to a rancid voting committee, to acquire a World Cup they should never in a million years have had. But will it now belatedly be taken away from them? And what of the Russians who did not figure prominently in Jennings’ inquest?

The Italian number two at Uefa, Gianni Infantino, has no stains on his record, but as a loyal subordinate to Platini, he is hardly a convincing figure. Where indeed are the leaders: anywhere? Since Rous there has never been any one of substance at the FA. Greg Dyke, seems bound to be retired on grounds of age. He was all in favour of Platini til he was suspended for 90 days as a result of the revelations of the large payment made, nine years in arrears, by Blatter and Fifa.

Meanwhile, thank heavens for the Americans and to a lesser degree for the Swiss prosecutor, who in all conscience have been been very slow to act.

Slater slated: but is it fair? Barbara Slater, head of sport at the BBC, has been criticised for allowing Tyson Fury to stay on the list of candidates for the Sports Personality of the Year award. In alL conscience a tedious event for which I turned down my own invitation long ago.

Slater is allegedly a feminist, and is I feel to be commended for allowing Fury to stay on the shortlist. He has come virtually out of nowhere to take the world heavyweight title. Fury has since then made certain statements which were somewhat crude and not politically correct, Lord help us. But they were, while tactless, hardly inflammatory or bigoted.

There was no reason for Slater, a former champion gymnast, to overrule his ‘Personality’ appearance. Forgotten, is the fact that her father is none other than Bill Slater, a World Cup defender for England in 1958 and an FA Cup winner with Wolves. That rarity, an amateur who played for Blackpool in the 1951 FA Cup final.