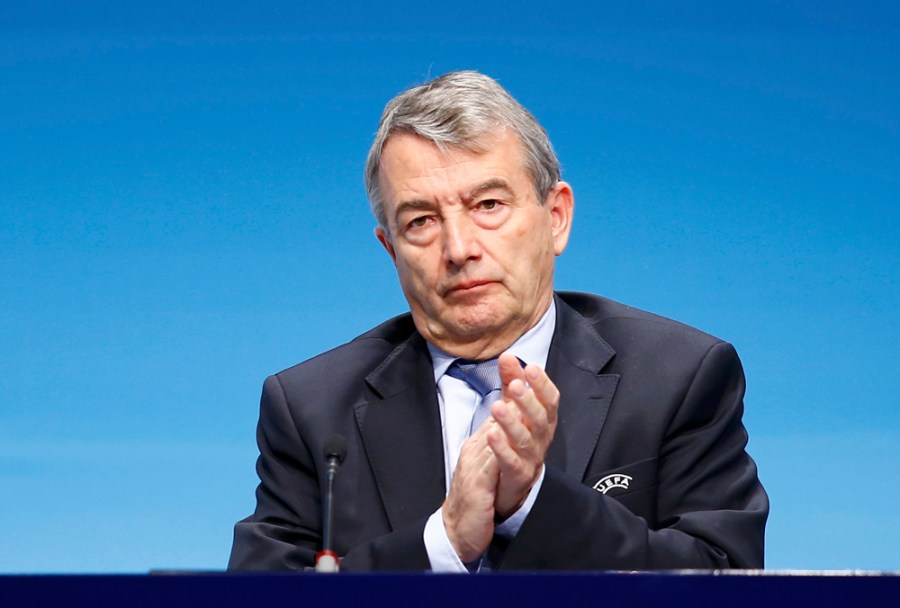 1. FIFA. Niersbach begins his balancing act.
If looking to gauge European football’s reaction to Sepp Blatter’s controversial re-election, the German federation, the DFB, is as good a place to start as any. Although its president, Wolfgang Niersbach fully supported Prince Ali bin-Hussein’s unsuccessful bid to oust Blatter as FIFA supremo, he tellingly did not to reject a place on the world governing body’s executive committee – unlike England’s David Gill – and has made it abundantly clear that he is totally opposed to the idea of a European boycott of the 2018 World Cup.

While Niersbach believes that the best interests of his own country and UEFA in general are best served with a more consensual and less confrontational approach, not everyone in Deutschland agrees that the Blatter tent is worth staying in. Prominent Green party politician and German parliament vice-president, Claudia Roth, told influential magazine Der Spiegel that she was “really disappointed” with the DFB’s penchant for softly softly and insisted nothing less than a root-and-branch reform of the Zurich-based institution would do.

“We need a new FIFA,” argues Roth. “In the the old one, justice, law and ethics do not seem to apply. Fans have a right to a decent and fair sport and Blatter stands for the opposite. He must go.”

Can diplomacy cleanse? Many are not so sure. “FIFA’s internal opposition is as harmless as a team without a striker,“ opined Jochen Klingovsky in the Stuttgarter Nachrichten. “If Sepp Blatter was the head of a government or a business, he’d never be able to remain at the top. The football played here has its own rules.“

2. Klopp falls on his last stand. 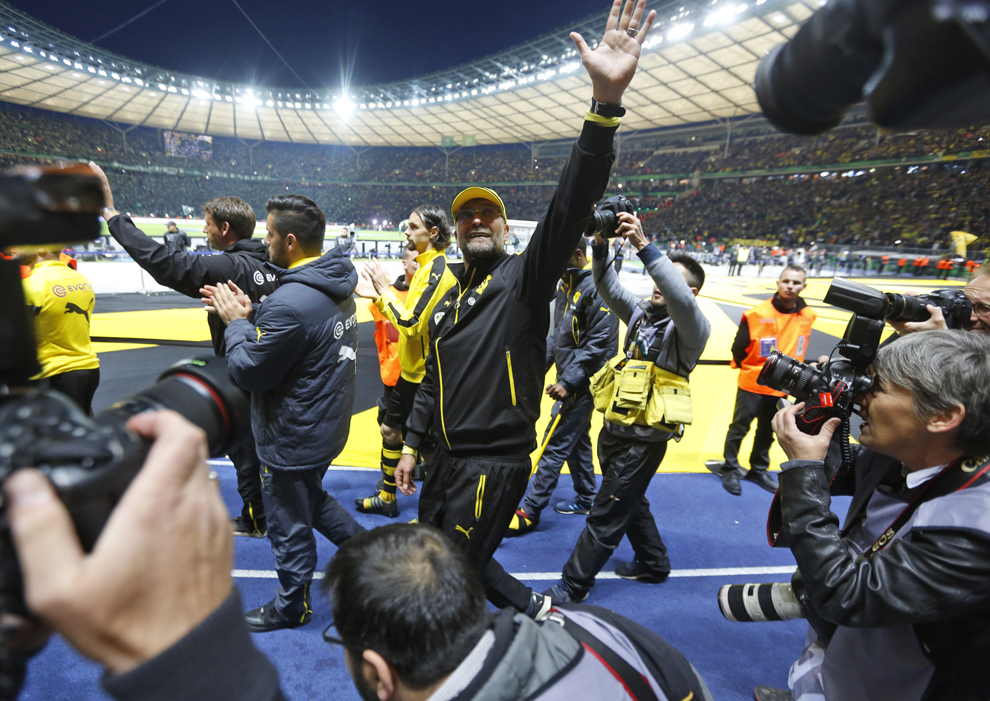 Victory in the German Cup final against Wolfsburg on Saturday night would have been the ideal way for Jurgen Klopp to pull down the final curtain on his cycle of achievement as Dortmund coach. But in football, as in life, happy endings never can be guaranteed and at the end of the 90 minutes, the only group dousing themselves in beer and champagne were the opposition from Wolfsburg, whose 3-1 win was their first-ever DFB Cup triumph.

Led by ace attacking midfielder, Kevin de Bruyne – who lit up the showpiece with his touch, bursts of acceleration and his side’s second goal, a superbly-struck shot from the edge of the box which put his side 2-1 ahead – the Wolves’ lightning-quick transitions from retrenchment to all-out attack invariably carried a major threat.

In a clear reflection of the of the two protagonists’ current Bundesliga status (23 points separating Wolfsburg as runners-up from seventh-placed Dortmund), generally offered much more in terms of control, tactical awareness and flexibility.

The Berlin showpiece was the first time goal-line technology had been used in German pro football and from next season will feature at all top-flight encounters.

3. Schaaf walks away from the hand-to-hand warfare at Eintracht.
In charge of Werder Bremen for no less than 14 years (1999-2013), Thomas Schaaf was not able to put down the same sort of deep roots in Frankfurt, resigning last week after just one season at the controls.

Despite Schaaf surpassing all expectations by steering an Eintracht side of modest ability to an excellent ninth-place finish this term, it’s been reported that certain members of the Frankfurt board have been working behind the scenes to destabilise him – allegedly briefing against him in the media and making contact with possible replacements – and if true, the Bundesliga-winning boss had good reason to drop out.

With chief executive, Heribert Bruchhagen and finance chief Axel Hellmann engaged in a long-running power struggle, this famous old club has become almost ungovernable and it was Schaaf’s misfortune to find himself in the crossfire.

4. Hamburg extend their 52-year-old top-flight residency – but only just.
The only German club never to have tumbled out of the Bundesliga, Hamburg certainly dodged a bullet in seeing off second division Karlsruhe 3-2 on aggregate in a most dramatic of relegation/promotion play-offs.

Trailing 1-0 in time added-on in the second leg in Karlsruhe, HSV looked in need of an act of god to survive and, lo and behold, received one, referee Manuel Gräfe awarding them a contentious free-kick for handball on the edge of the box and Chilean midfielder, Marcelo Diaz adroitly converting it to force extra-time.

In one fell swoop, the momentum had changed camps and not surprisingly it was the back-from-the brink former European and Bundesliga champions who seemed to grow stronger, eventually securing the vital win with a tap-in goal on 115 minutes from substitute Nicolai Müller and a last-gasp Karlsruhe missed penalty, striker Rouwen Hennings having his effort parried by HSV goalie, Rene Adler.

“I feel as though I’ve aged three years tonight,” commented Adler at the end of the thriller.

5. Germany. Top of the world and aiming to stay there.
Keen to remain at the cutting edge of player development and innovation in all areas of the game, the DFB have announced plans to build a new, 89 million euro academy on the site of Frankfurt’s former horserace track.

Scheduled to open its doors in 2018, the project was described by ‘Nationalmannschaft’ general manager, Oliver Bierhoff as “the symbol of a new era” and will include national team training facilities, soccer school, DFB administration and referee and coaching centres of excellence. A German Clairefontaine plus.