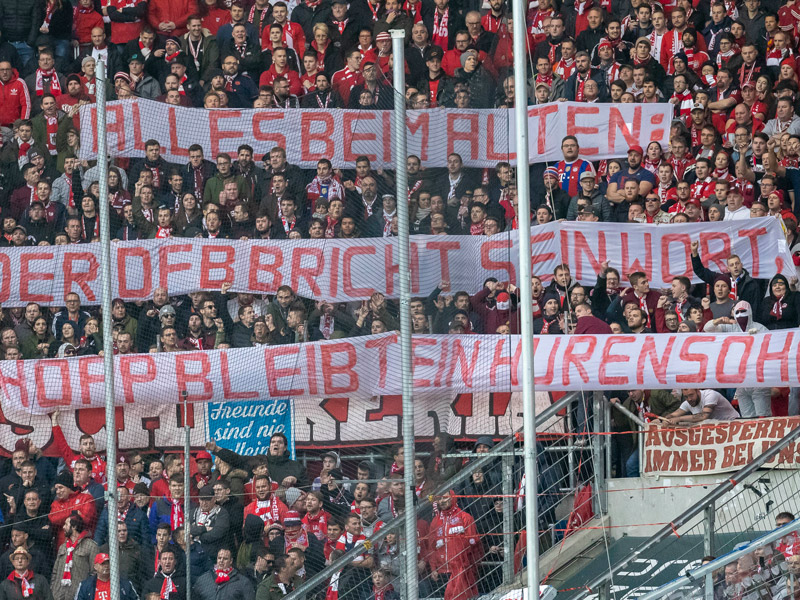 Hoffenheim benefactor Dietmar Hopp is vowing to carry on attending matches after visiting Bayern Munich fans targeted him with various abusive banners during a chaotic Bundesliga fixture at the PreZero Arena, which Bayern comfortably won 6-0.

For vast swathes of German football fans, Hopp and Hoffenheim simply embody everything they detest in the modern game: a ‘plastic club’ without tradition, a one-man-band form of ownership – Hoffenheim were granted exemption in 2015 from the member-majority rules governing the structure of pro clubs in Deutschland – and excess commercialisation.

Hopp insists he will not be cowed. “Why shouldn’t I go the stadium,” he declared in an interview with the Sport1 website. “The people who do this are the ones who should stay away. If I knew what these idiots wanted from me, it would be all the easier for me to understand.”

In chaotic scenes which will have done the image of German football no good at all, referee Christian Dingert twice had to suspend play late in the second-half, implementing the domestic federation’s three-step protocol for dealing with offensive banners or racism.

The Bayern camp, club officials, players and head coach Hansi Flick, unsuccessfully pleaded with the supporters to tone down the antics and once play did resume, 13 minutes of non-combatant action ensued, with players merely passing the ball amongst themselves.

Hoffenheim skipper Benjamin Hubner later told the Bild newspaper that the two squads collectively agreed to call a truce as a way of protesting against the fans’ behaviour. “We didn’t want to allow the match to be abandoned,” said Hubner. “We were trying to give a sign.” Hubner also revealed that the idea originated from Bayern skipper and goalkeeper Manuel Neuer. 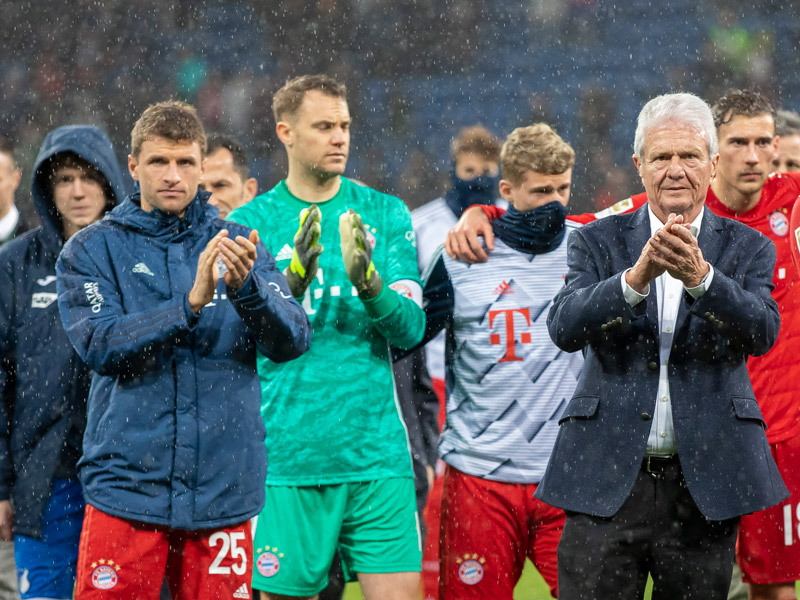 On the final whistle, players and representatives from both clubs made a point of standing together and saluting the home fans. Tellingly, the Bayern stars made no attempt to ‘commune’ with their own supporters.

Bayern chief executive Karl-Heinz Rummenigge was especially damning. “This has been a dark day for football. I must clearly and unequivocally say that I’m ashamed of what happened in the away end. We have had everything filmed and will take action with all our might against those who have discredited our club.”

It’s believed that two Bayern supporter groups, ‘Schickeria’ and ‘Red Fanatic’ were responsible. To what extent will Rummenigge and company go to war against them?  And how will the ultras respond to any punishment?

The anti-Hopp brigade are not only to be found within the Bayern faithful. Dortmund fans, who for a long time have had a bee in their bonnet about the Hoffenheim sugar daddy, continue to defame him in song, while fans of Borussia Monchengladbach, Koln and Union Berlin have all recently unfurled derogatory banners on the terraces.

Hate is definitely is winning at the moment.

Too often guilty of downing tools in difficult moments, Hertha Berlin certainly displayed some mental steel in their 3-3 draw at Fortuna Dusseldorf, sufficiently resilient to restore parity after going in three-down at half-time. The star turn for the capital city outfit was Brazilian striker Matheus Cunha, who arrived in the January transfer window from RB Leipzig. Yes, he can be annoyingly theatrical in his demeanour, but he more than makes up for it, with his constant movement, artistry, one-on-one skills and shooting power. Scored his team’s second goal and also hit the post at the death.

Alexander Nubel, the young Schalke keeper who is due to join Bayern in the summer, is not the most popular of Royal Blue players right now. The 23-year-old custodian has committed several howlers this term and added another in the 3-0 defeat at Koln, fumbling a Florian Kainz shot through his legs and into the net. Schalke fans immediately turned on him and he appeared to be crying at the end of the game. Will he be taken out of the firing line ? It’s quite possible.