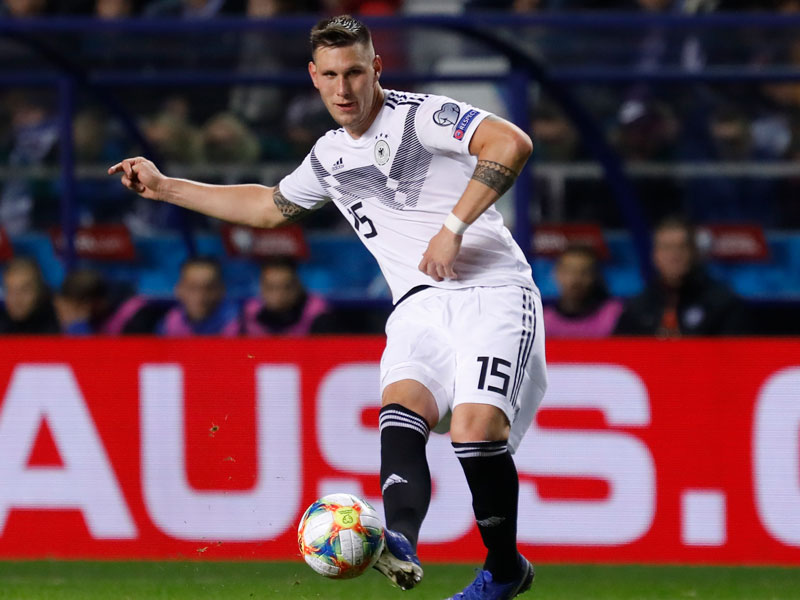 If Bayern Munich are to claim an eight consecutive Bundesliga title, they are going to have to do it the hard way.

That’s the only conclusion to reach after German international centre-back Niklas Sule tragically – and painfully – snapped cruciate ligaments in his left-knee in the 2-2 draw away to regional rivals Augsburg.

Sule, who duly underwent an operation to repair the damage in Innsbruck, Austria, is expected to be on the sidelines for at least six months. Indeed, his season may have already run its course.

To a great extent, Bayern’s defensive plans revolve around the giant 24-year-old Frankfurter. Since arriving at the Allianz-Arena from Hoffenheim at the start of the 2017-18 season, he has steadily developed into one of Europe’s most accomplished stoppers and by common consent, is the champions’ main source of back-line steel and physical presence.

Bayern, of course, have plenty of other centre-back options, not least  the highly experienced Jerome Boateng and freshly-recruited Frenchmen Benjamin Pavard and Lucas Hernandez. But Sule undoubtedly offered the most in terms of solidity and trustworthiness.

Ominously, Sule suffered an identical injury some five ago years while playing for Hoffenheim. On that occasion, he was out for no fewer than 203 days. Repeat procedures on old wounds invariably take longer. It doesn’t bode well

One man sure to be keeping an anxious eye on Sule’s rehabilitation is Nationalmannschaft boss Joachim Low. Arguably, Germany needs a fully-fit Sule even more than Bayern. The Bundesliga is hardly crawling with high-calibre centre-backs at the moment and Low may well come under pressure to offer a volte-face recall to Mats Hummels, whom he controversially ditched in March.

Now back at Dortmund following a three-year stint with Bayern, Hummels is still only 30 and frankly, is performing as capably as ever. Will Low prepared to eat a slice of humble pie for the greater good? Needs must.

Up against a decidedly mediocre Paderborn team who already appear doomed, Koln finally recorded their first home win of the season, cruising to a 3-0 victory at the RheinEnergie Stadion. The moral of the story for Koln coach Achim Beierlorzer? Stick to a settled side. For the first time this term, Beierlorzer chose an unchanged starting line-up and suddenly a real team crawls out of the wreckage. Particularly impressive for he hosts were their three goalscorers, striker Simon Terodde, Austrian international schemer Louis Schaub and young Belgian centre-back Sebastiaan Bornauw.

Freiburg coach Christian Streich was not at all happy with the pyrotechnic display unleashed by fans of his team before the 2-0 awayday loss to Union Berlin. “I don’t know if they wanted to be cool because they were in the capital,” complained Streich. “You come out onto the pitch and they are burning flares on the terrace and the place is full of smoke. It was a catastrophe and something we absolutely did not need.” A flammable day for Freiburg supporters in every way, with their train home to the Black Forest catching fire and three people requiring treatment for smoke inhalation.