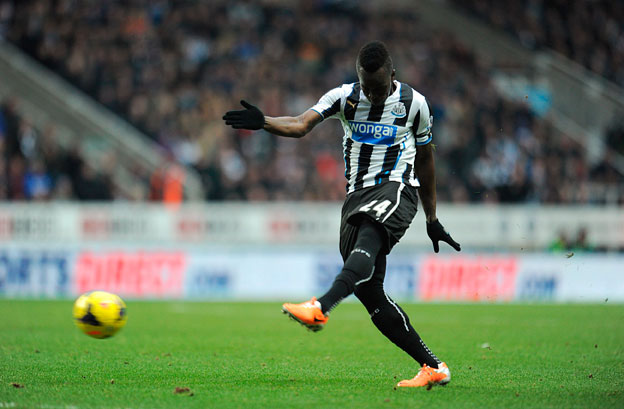 “If a player’s not interfering with play, then what’s he doing on the field?” was the rhetorical question of Liverpool’s Bill Shankly.

All the more memorable after the almighty ructions which followed the disallowing of Cheick Tiote’s superbly struck goal for Newcastle United against Manchester City at Gallowgate. Mike Jones, the referee, has been inundated with criticism ever since his decision but I have a good deal more sympathy for him over this than over his abysmal failure to expel Newcastle’s Mapou –Yanga Mbiya for his appalling foul on his fellow Frenchman Samir Nasri, who will now be out of commission for the next eight weeks. How I wish there were a rule whereby the perpetrator of such violence should be suspended for as long as it takes their victims to recover.

It would surely have been a suitable punishment for Stoke City’s centre back Ryan Shawcroft for that shocking challenge, if the euphemism be permitted, on Arsenal’s gifted young Welshman, Aaron Ramsey who was out for a good or bad year. In fact such a punishment would not really have been sufficient, since even after he began to play again it took many months before Ramsey regained his true, impressive form.

But back to that offside decision. At least one and possibly three Newcastle players were in offside positions when that splendid half volley was struck. But under the revised law, imposed by FIFA, none of them could be said to be interfering with play since the Manchester City goalkeeper Joe Hart had a clear view of the ball. The FIFA ruling, introduced only this season, states that a player is interfering with play only if he touches the ball, clearly blocks the line of vision of an opponent, or challenges them. For me, this change is going to be a constant source of ambiguity, a potential nightmare for referees, linesmen and players. That searing half volley arguably deserved a goal, and legally did so too. But as we once heard from Charles Dickens, “If the law says that, then the law is an ass.”

How bitterly ironic that concurrently with its 150th anniversary, the Football Association’s precious, historic and innovative Cup is seriously under threat. Not only does it have a glorious history, it was beyond doubt the father and mother of all future competitions.

The Football League itself was conceived by William McGregor only in the 1880s, it raison d’etre being the pragmatic one that the professional clubs, by then emphatically up and running, could not subsist on the meagre diet provided by the FA Cup, from which they could be quickly eliminated, with nothing to play but friendlies.

Recent behaviour by leading managers and the wretched overall attendance figures for the Third Round ominously suggest that the Cup is in danger of disappearing. True, the average gate for the 2014 Third Round, a meagre 10,000 odd, was marginally better than that for 2013, but take away a handful of big gates, such as the 70,000 plus at Old Trafford, and the picture becomes grimmer still. How horribly significant it was that, even at Wigan, who against all probability won the FA Cup last season, the attendance was an abysmal, still lower than average one.

Alan Hansen, once an elegant Liverpool and Scotland centre half, today a TV pundit, believes that a competition which used to involve and excite him so much when he played, is in desperate need of rescue. His solution would be to cut out replays and substitute a penalty shoot out. Something which has always seemed to me a contradiction and an abomination, nothing organically to do with the game itself.

Yet as we alas know, the World Cup itself the very pinnacle of international football, has now been decided by this basic irrelevance. Would extra time when clubs draw the initial tie do something to help? O must so much splendid history be abandoned?