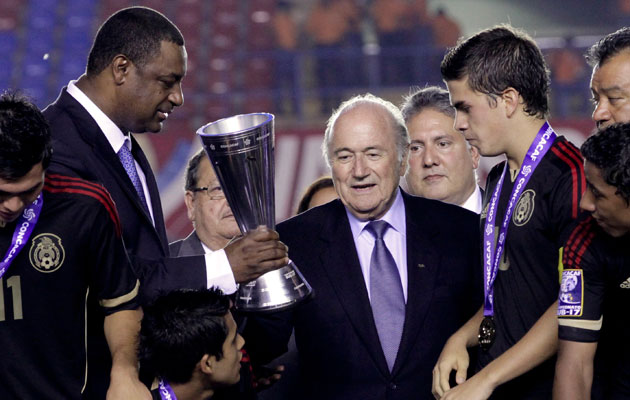 Another of FIFA’s regional confederations has retreated from the full-hearted support it offered Sepp Blatter last year in his pursuit of a fifth term as president of the world football federation.

Last June Blatter enjoyed a near-triumphal procession through the confederations’ conferences on the eve of FIFA Congress in Sao Paulo. All, with the decisive exception of Europe’s UEFA. bestowed their future favour on Blatter by acclamation or even standing ovation.

In January the executive committee of the African confederation (CAF) agreed unanimously to throw its backing behind Blatter in the election at FIFA Congress in Zurich on May 29; opposing him are Asia’s FIFA vice-president Prince Ali bin Al Hussein of Jordan, Dutch federation leader Michael Van Praag and Portugal’s former World Player of the Year Luis Figo.

However last week South America’s CONMEBOL, under newly-confirmed Paraguay president Juan Angel Napout, decided to delay until May a decision on how its 10 members should be advised to cast their votes.

Now CONCACAF, the governing body of football in the Caribbean, central and north America, also teased all four candidates by postponing a debate on the FIFA presidential election until May 29. This is a significant break with tradition since former president Jack Warner enforced a comparatively solid block vote.

Fuelling the intrigue are contrasting twists. The disgraced Warner’s CONCACAF heir, Jeff Webb has been talked of as a possible successor to Blatter at the further FIFA election in 2019. However Sunil Gulati, head of the United States Soccer Federation, was one of the nominees this time around for Prince Ali.

Webb, from the Cayman Islands, set out the CONCACAF stance after a press conference at which details of the 2015 Gold Cup were set out including the choice of Philadelphia as venue for the final.

He said: “I don’t think that CONCACAF is going to come out [for one candidate or another]. CONCACAF doesn’t have a vote. It’s the members that have a vote. Each individual country has an opportunity to vote for who their membership support.