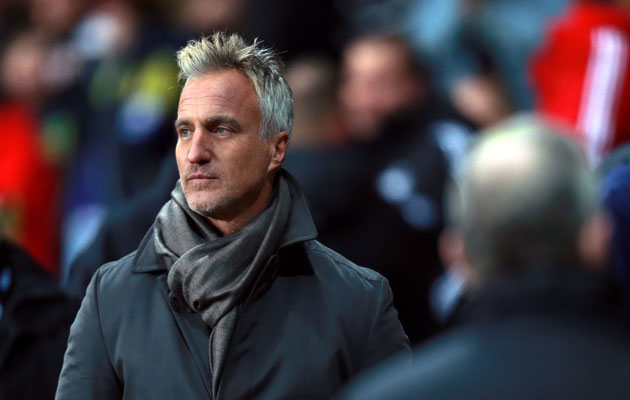 ** One former France international is prepared to do what another would not and stand against Sepp Blatter in May for the presidency of world football federation FIFA.

In this case former Tottenham and Newcastle winger David Ginola has said he is prepared to put words into actions in a way UEFA president Michel Platini would not.

Not that Ginola, 47, is even certain of being accepted as a candidate. To be able to register a nomination by the January 29 deadline he needs the written support of five football associations and must show an active involvement in football for two of the past five years.

Ginola, who is being supported by a betting, served as an ambassador for England’s failed bid to host the 2018 World Cup.

A spokeswoman for the former Newcastle and Tottenham midfielder said: “We will be looking for the full support of UEFA and five football associations.”

News of Ginola’s intention emerged on a day when a conference survey of sports business leaders ‘voted’ overwhelmingly in favour of the need for Blatter to step down.

The corporate communications operator Calacus undertook the survey among 100-plus executives at the Geneva 2014 International Sports Conference.

Though Blatter has indicated a will to seek a fifth term in office this year some 89pc of respondeeds said that they thought it was time for a fresh face.

Blatter’s FIFA has been at the centre of controversy since the World Cup bid scandal of 2010 which remains subject of scrutiny by ethics judge Hans-Joachim Eckert, though investigator Michael Garcia quit in disgust at the row his original report sparked.

Of those surveyed, 92pc believed that football had suffered serious reputational damage through FIFA’s mishandling of the World Cup bid process and subsequent investigation.

The Calacus survey may add to concerns about FIFA’s credibility in terms of attracting sponsors. It had recently ‘lost’ both Emirates Airline and Sony.