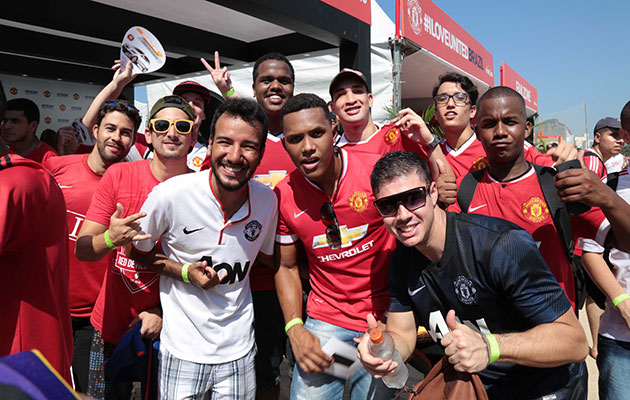 In 1994, when I moved to Rio, the profile of European club football in Brazil was low.  The only international shirts on view in the streets were those of Barcelona and Deportivo La Coruna.  People wearing them were making a personal connection with Romario and Bebeto, the strike duo who won that year’s World Cup for Brazil.  These were the clubs where they were based at the time.

How things have changed.  Now, of every 10 football shirts sold in Brazil, 4 are of foreign clubs.  The driver for this is cable TV, which was in its infancy 22 years ago, but which now enjoys strong market penetration, showing the Champions League as well as all the major European domestic action. 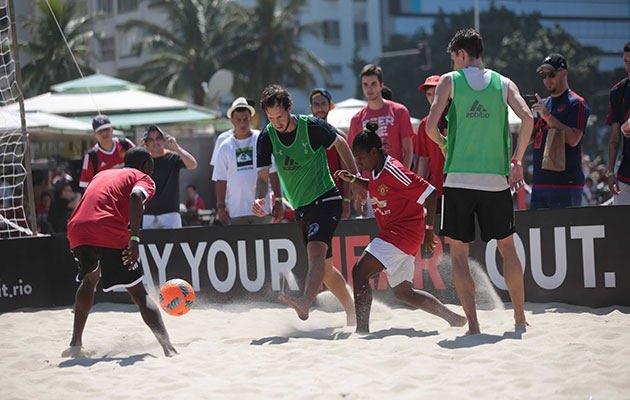 The big winner here has been the Premier League.  A couple of decades ago, only the Monday night game was available, it usually featured small clubs and watching it was seen almost as a sign of football-related madness.  Now there is blanket coverage.  It is the league most prized by the TV stations – for its competitive nature, the intensity of the games, the atmosphere in the stadiums and the quality of the transmission.  It is even possible to watch occasional games from The Championship on Brazilian TV.

The big English clubs, then, have a global profile, and for all their recent problems, none come bigger than Manchester United – who staged an event on Sunday on Rio’s Copacabana beach.  The ‘I Love United’ tour had already been to two cities in India and in Bahrain – the club counts its Asian fans in the hundreds of millions.  In South America they claim 37 million, with 7 million in Brazil, and Sunday’s event was a chance to connect with a few of them.

This type of roadshow – with former players, competitions and a 3-a-side tournament as well as a screening of the game against Tottenham – is an illustration of how the club is working to cultivate its new global audience.

It is all a big contrast with the time that the team came to Rio, at the start of 2000 to take part in a prototype version of the Club World Cup.  United’s participation was controversial at home – as a consequence they were unable to play in that year’s FA Cup.  But it was seen as a necessary move, especially in the light of England’s bid to stage the 2006 World Cup.  The club, then, came to do public relations.

But the trip was a public relations disaster.  United were up against local side Vasco da Gama.  Fans of Vasco’s main rivals, Flamengo, set up a joint supporters group to welcome the Mancunians.  United were training at Flamengo’s facilities – a long, hot bus ride out of town.  And from the moment they shut the door on the Flamengo fans, not allowing them to watch their training session, the trip was doomed. 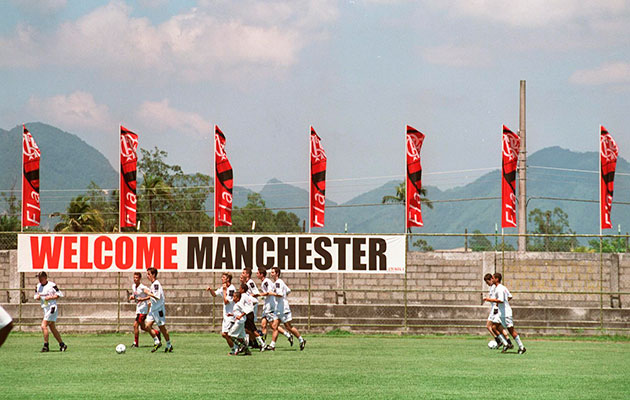 PR Disaster…Manchester United snubbed local fans in 2000 and squandered an opportunity to spread the word.

United did some public relations events later in their stay.  But this was while the tournament was on, and the media had other priorities.  By this stage, nothing could erase the negative impression they had made at the start.  The club had imagined that they would be greeted as emissaries of ‘Cool Britannia.’

They were unaware that in this part of the world the stereotypes are much older.  By closing the door on those who were desperate to support them, United had played up to every age old imperial view of the cold English wanting to avoid contact with the locals.

Back then, though, the club’s PR and marketing operation was precarious, unprepared to deal with the new global scenario.  This has clearly now changed.  Things are on a much more professional footing – which presents a problem for the local game. 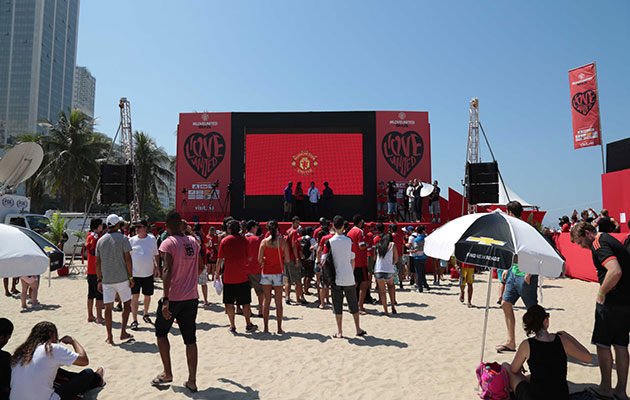 Some 2,000 people attended the event on Sunday, including a fair number of Brazilian Tottenham fans.  One of them, who has never been out of the country, told me that these days he feels more attached to Tottenham than to Flamengo, the club he grew up supporting. 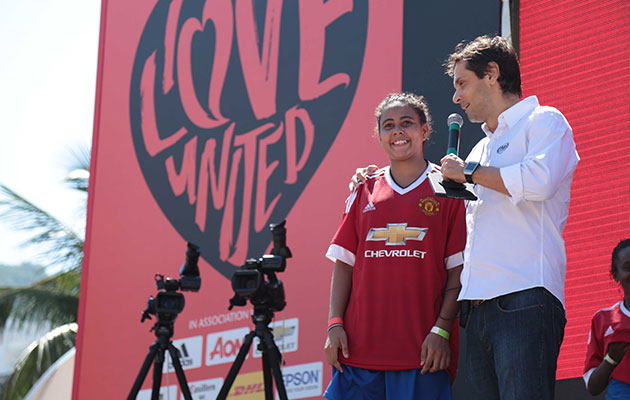 The I Love United roadshow higlighted the gulf in reach of Brazilian and English football.

This was the weekend where Flamengo took on tiny Boavista in front of a crowd of just over 3,000.  Vasco da Gama, at home to Madureira, drew just over 4,000.  A day later in the same stadium Botafogo could only attract 1,500 for their game against Bangu.  These games took place in the outdated and meaningless Rio de Janeiro State Championship.  Until the final stages this competition, which drags on from January until May, has very little appeal – its presence, cluttering up the calendar, helps explain why Brazilian clubs are losing fans to foreign giants.  Because if Manchester United were not ready to deal with an international context back at the start of 2000, over a decade and a half later, Brazilian football still does not appear to have realised that the competition these days takes place on a global basis.