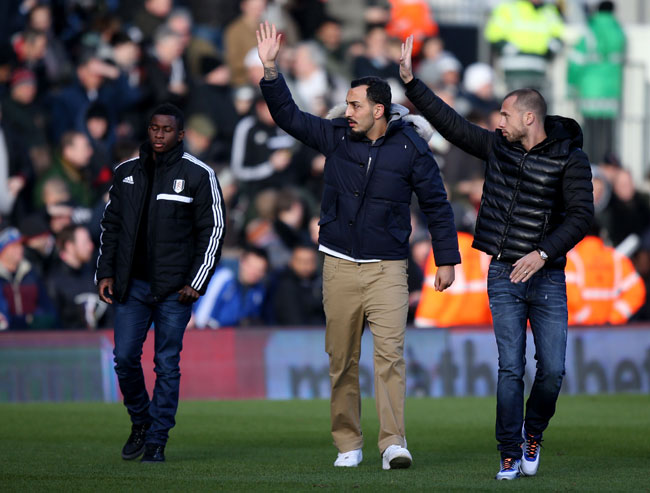 The frantic activity of the last days, especially the final Friday, of the transfer window threw up some bewildering deals, one or two of which seem already jinxed.

What for example to be made of the arrival of an injured Greek international centre forward, Kostas Mitroglou. Paraded in front of applauding fans before a disastrous game at Craven Cottage versus Southampton, it emerged after the match that an injury could keep him out for weeks.

Could that be £12.5 million down the drain by the time he does at last play it could well be too late? Meanwhile Fulham has lent the previous fulcrum of their attack, that gifted, almost casually inventive, Dimitar Berbatov, go on loan to Monaco.

Tottenham, who originally deployed him before selling him for a fortune to Manchester United, would have liked to take him back. But who could resist Monaco, where no income tax is paid, by sharp contrast with neighbouring France where high salaries now command a crippling rate of income tax!

Berbatov is needed by Monaco because they have recently lost their crack striker, the Colombian Falcao, with ligaments damage; it is rumoured that when he is eventually recovered, he will join Chelsea.

Speaking of injuries, what induced Arsenal, after the 31-year-old 100 plus caps Swedish international midfielder, Kim Kallstrom, had actually failed a medical test, to sign him just the same?

Somewhat bizarrely, Kallstrom had hurt himself in the back playing beach football with Spartak Moscow in Abu Dhabi while on tour. Arsene Wenger decided to take him just the same. The fact that even with the loss for the rest of the season and injury to the influential Aaron Ramsey, which keeps him out for weeks, the Gunners still have plenty of players available and unlike struggling Fulham, are well in the running the apex of the Premier League. And they have just welcomed back, after long absence, the talented and versatile Oxlade Chamberlain, who scored both their goals in the recent 2-0 home win against Crystal Palace.

Speaking of Fulham, it was somewhat surprising to see that gifted but inconsistent maverick, the Moroccan international Adel Taarabt, going on loan to Milan. In fact, though he had been playing, albeit not regularly, let alone consistently, for Fulham, he was still on the books of Queens Park Rangers where manager Harry Redknapp, who had transferred him when he was managing Spurs, could find no place for him even in the so-called Championship.

Is Milan’s new coach – his first such appointment – Clarence Seedorf making the best of a potentially bad job when he observes that he didn’t know Taarabt that well but was “excited” to welcome him. Whistling to keep his spirits up?

For a club which, under the aegis of Silvio Berlusconi, had spent fortunes on star players the club’s recent activities have been oddly subdued. They probably have a bargain in the shape of Adil Rami, the French international defender, on loan for six months from Valencia for £330,000, having fallen out with the coach and with colleagues.

Getting the able Japanese striker Keisuke Honda, Asian player of the year, on a free transfer from CSKA Moscow where he was out of contract is certainly a coup. But once so influential midfielder Michael Essien of Ghana, now 31, is nothing like the player he was. A 1-1 draw at San Siro with Torino the day after dealings closed was hardly inspiring.

But then Milan were yet again without a player who indeed cost them plenty of money, in the shape of the irredeemable Mario Balotelli, suspended for the fifth time this season. Seedorf, a splendid Milan and Holland midfielder in his day, will hardly have an easy ride at the club he served so well in his playing prime. At 37-years-old, he is young for a manager and could hardly have been given a more demanding job as his very first.