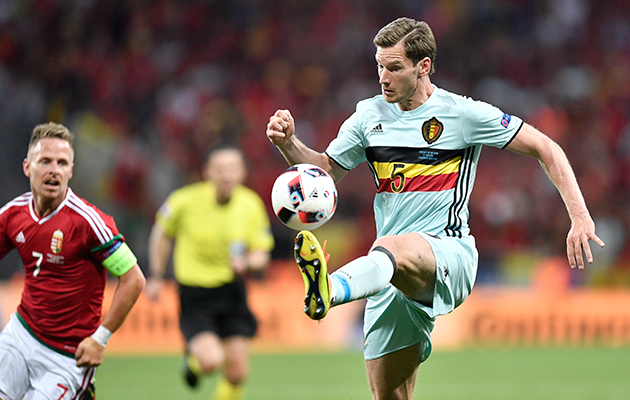 Belbgium have suffered a blow with the news that Jan Vertonghen sustained ankle ligament damage in training and according to unconfirmed reports, he is now set for up to four months on the sidelines.

The 29-year-old has been a steady performer in an unfamiliar left-back position for Belgium during Euro 2016.

The defender was ruled out of his country’s quarter-final clash with Wales after sustaining an injury in training earlier this week but Marc Wilmots’ side initially thought the defender could return for a potential semi-final clash.

However, reports coming out of Belgium suggest that the Tottenham defender has sustained ankle ligament damage and is set to miss the first two months of the 2016-17 season.

Belgium face Wales in the Euro 2016 quarter-final on Froday night in Lille. .

Jordan Lukaku, the younger brother of striker Romelu, is expected to deputise for the injured Vertonghen. The 21-year-old defender has just four international caps, making his debut last October in a qualifying win over Andorra.

The winners of the Belgium-Wales match will play the victors of tonight’s quarter-final tie between Poland and Portugal.