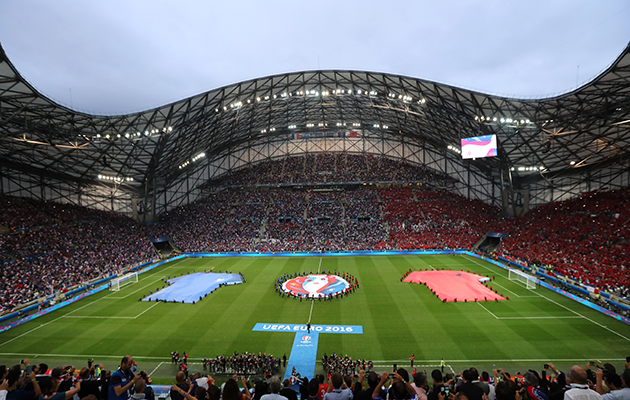 The regenerated, cosmopolitan port of Marseille is home to the only French club to truly hold a city in its grip: Olympique Marseille, known by all as l’OM.

No arena in France can provide the kind of atmosphere generated at the fiery Stade Velodrome. Backdropped by the beautiful hills of Provence, this 67,000-capacity venue has the colour more familiar to the passionate stadia of Spain, Italy or Greece.

Whereas much of southern France is in thrall to rugby, Marseille is firmly foot, personified by its flagship club and their supporters.

Formed in 1899, Olympique Marseille were pioneers of the French game. Competing in the inaugural French amateur and professional leagues, Marseille were cup specialists, winning six trophies between the wars. After the first, in 1924, a tradition was set, locals gathering to celebrate around the city’s focal Vieux Port. 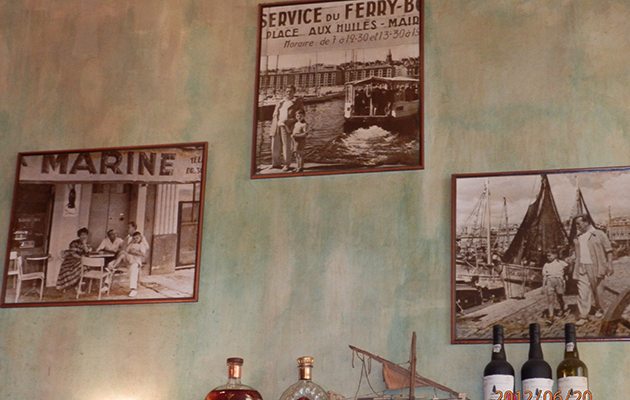 Back then, OM played at the tiny Stade de l’Huveaune, near the stream of the same name.

In 1934, the Stade Velodrome was commissioned as a venue for cycling and football – and as a source of local pride by mayor Alexandre Ribot. Marseille had just seen the slaying of Yugoslav King Alexander I, an event of Kennedy-like proportions. The city needed something great and good.

The two main stands, the Jean Bouin and the Ganay, were named after heroic local sportsmen. Athlete Bouin, an early victim of World War I, lost the 1912 Olympic 5,000 metres in the world’s first photo finish. Gustave Ganay was a Marseille-born cyclist who died when crashing at full pelt at the Parc des Princes in 1926.

For the 1938 World Cup here, star player Leonidas of Brazil was controversially left out of the semi-final. Italy triumphed, then won their second consecutive trophy. 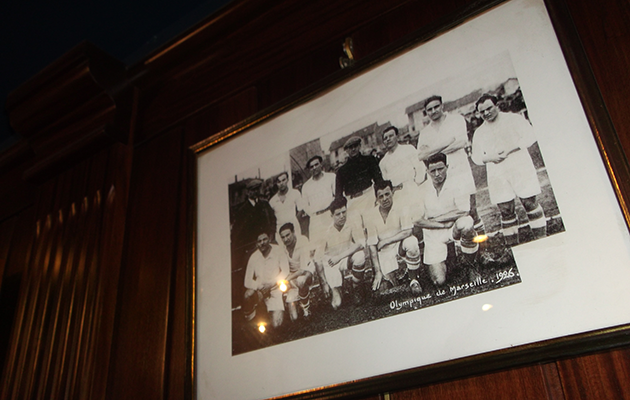 The first hero of the Velodrome was Larbi Ben Barek. The original ‘Black Pearl’, Barek grew up an orphan in poverty in Morocco. Playing for US Marocaine, he was discovered by Marseille. After a stunning debut, he was picked for France. As war approached, he moved to Paris, before returning to don the Marseille shirt until 1956.

In the mid 1960s, new chairman Marcel Leclerc revamped the Velodrome as a real football arena. He brought in top stars from the 1970 World Cup, including Brazilian Jairzinho and Swede Magnus Magnusson, and the club did the double in 1972.

The most memorable match of the era here didn’t involve l’OM but Platini’s France. For the dramatic 3-2 semi-final win over Portugal at Euro 84, BBC commentator John Motson, for once, lost his voice. 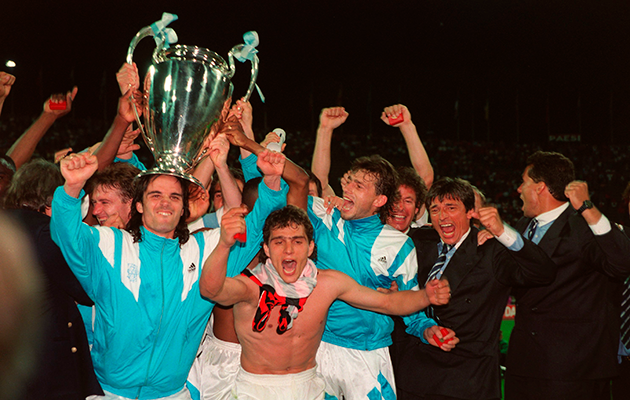 L’OM won four titles in a row. In 1993, Marseille beat AC Milan 1-0 to win the inaugural Champions League. France had at last won the trophy it had given the world – until a domestic match-fixing scandal broke. For a league game with Valenciennes on the eve of the final, the opposition had been encouraged to take it easy.

L’OM were stripped of their 1993 league title and top-flight status. Tapie was jailed.

Thanks to a prolific Tony Cascarino and Marseille’s loyal following, the club clawed their way back. With a new owner, adidas boss Robert Louis-Dreyfus, big names returned.

The Velodrome was revamped for the World Cup of 1998, when the Vieux Port was swamped by thousands of Dutch, Argentine and Brazilian fans for memorable nights of partying. From 2011, the stadium underwent a three-year overhaul that saw its capacity rise to 67,000 for Euro 2016.

As for Marseille, by the time current French national coach Didier Deschamps arrived in 2009, the club once again had the highest average gates in France, and a new team featuring winger Hatem Ben Arfa. A League Cup win in 2010, Marseille’s first silverware in nearly two decades, was followed by much-deserved league title.

Key players were later sold off, including Ben Arfa and Loïc Remy. Today OM are still in the process of rebuilding.

The station, a 10-15 walk downhill to town, is the crossing point of the two-line metro system, complemented by buses and two tramlines. A single ticket is €1.50, a 24hr pass €5.

The Velodrome is located by Rond Pont du Prado metro station on line 2. The next stop, Sainte-Marguerite/Dromel, behind the stadium, currently allows easier access to the Ganay Stand and Virage Sud.

If you’re getting a taxi, traffic can be heavy along the main road from the town centre, boulevard Michelet. Several city buses also run along the boulevard: No.83 goes down to the seafront, offering a winning combination of beach and top-notch football. 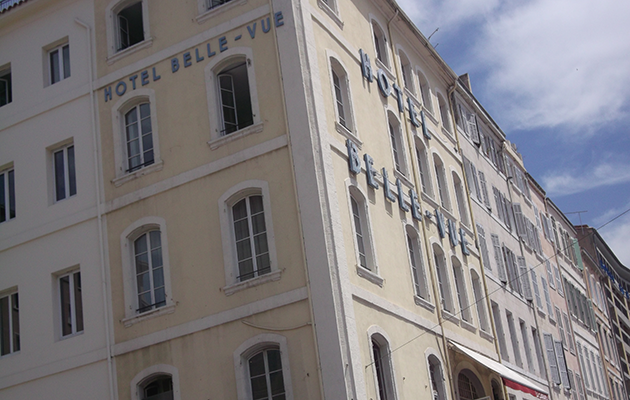 Convenient for the Velodrome, the Adagio Access Marseille Prado Perier offers affordable apartment-style units with hotel accoutrements, such as a reception area. The same group has other properties by the Vieux Port and station. 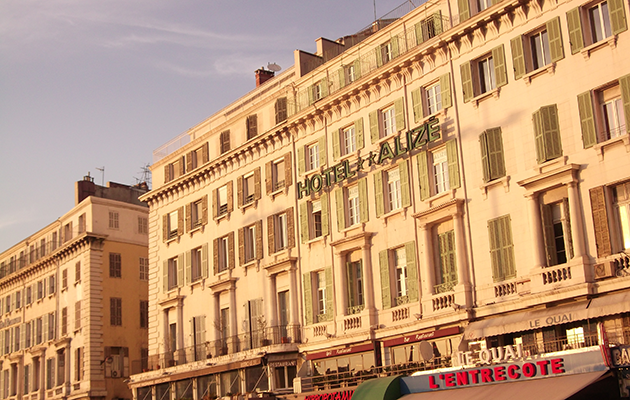 The Vieux Port is surrounded by other hotels, such as the classic mid-range Alize, right above the Brasserie OM. The nearby Escale Oceania is also mid-range and well located. Around the harbour you’ll also find the Belle-Vue and the New Hotel Vieux Port, with room prices raised for sea views. 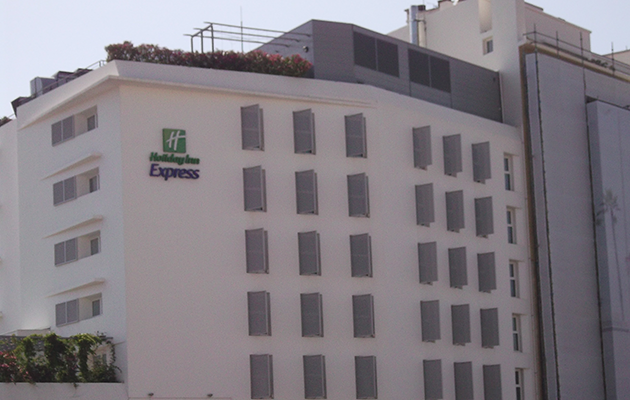 By the station, you’ll find a prominent Holiday Inn Express and a few cheapies on the right-hand side as you walk down the grand staircase. These include the Terminus St-Charles, the former Beaulieu. 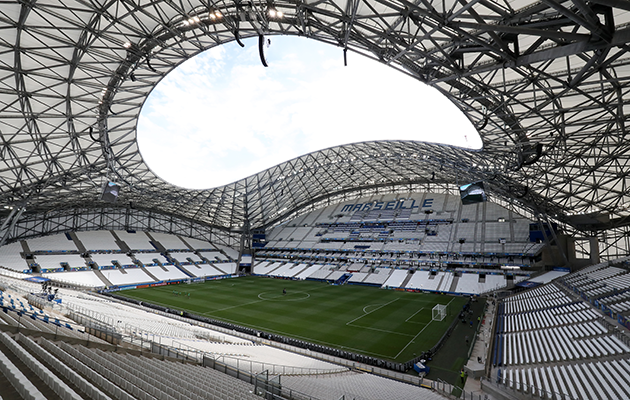 The Stade Velodrome is the finest club ground in France. Built for the 1938 World Cup, successfully staging another 60 years later, this former cycling and football arena is geared up for Euro 2016.

The revamp of the Velodrome – city mayor Jean-Claude Gaudin pledged not to sell its name to any sponsor – involved a three-year, €267-million refit. With the grand reopening at the end of October 2014, capacity hit just over 67,000. 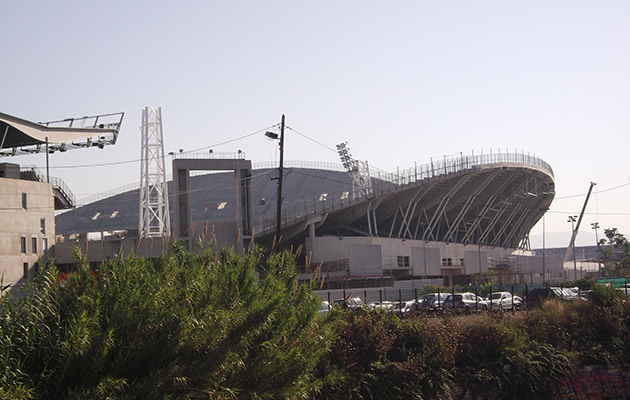 The open bowls behind each goal are the Virage Sud, home of the club’s South Winners, CCS and Ultras fan groups, and the Virage Nord de Peretti, named after Patrice de Peretti, aka Depe. Fan leader Peretti supported his beloved l’OM with his torso bare, home or away, whatever the temperature. He died suddenly in 2000, aged only 28. His MTP (‘Marseille Tout Puissant’) group are in the Virage Nord, along with the Yankees and the Dodgers.

For domestic fixtures, away fans, temporarily allocated a far corner of the sideline Ganay Stand at the Virage Nord end, are now back in the opposite Jean Bouin. 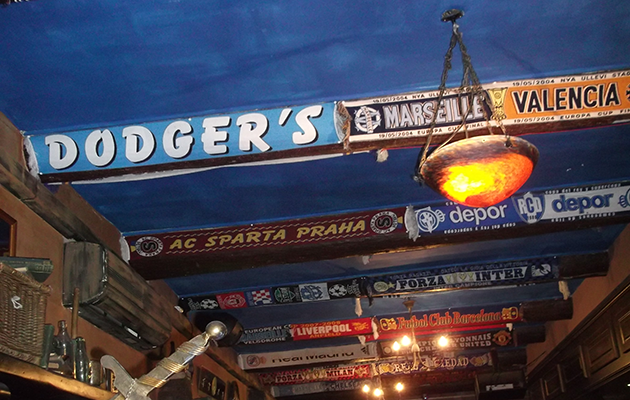 A couple of bars stand by the Velodrome, diagonally facing each other across boulevard Michelet. On the stadium side, Le Fair Play gets mobbed on match days, particularly its terrace. Opposite, the Brasserie du Stade displays a museum of OM photos, including a large one of Basile Boli’s decisive header from the 1993 Champions League Final. 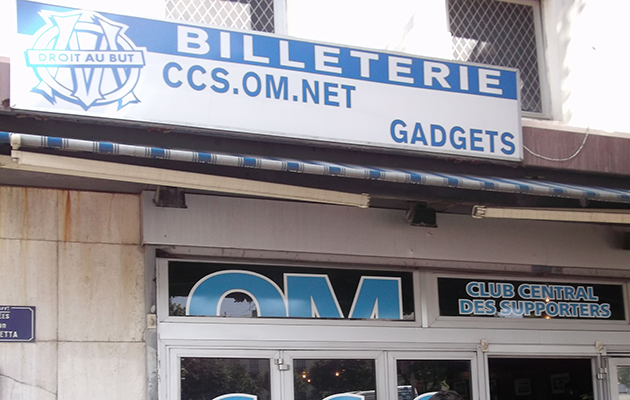 In town, right on the Vieux Port, the former OM Cafe is now the upscale Brasserie OM (3 quai des Belges), without the adjoining ticket or souvenir outlet that once stood here. 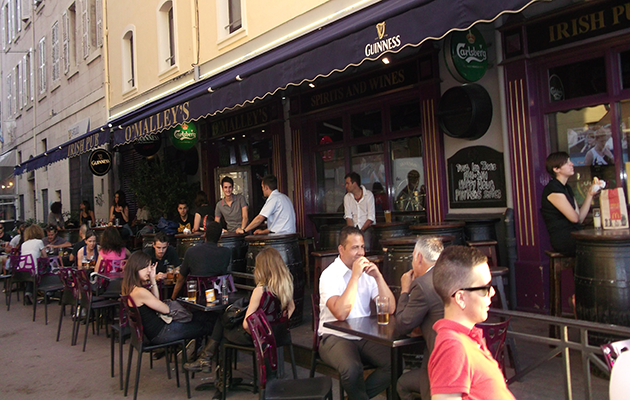 Around the harbour is the place to be, particularly the stretch of quai de Rive Neuve around the timeless Bar de la Marine (No.15), backdrop for the Colin Firth marriage proposal scene in ‘Love Actually’. Shamrock next door goes big on sport, while O’Malley’s (No.9) basks in a huge, harbourfront terrace. 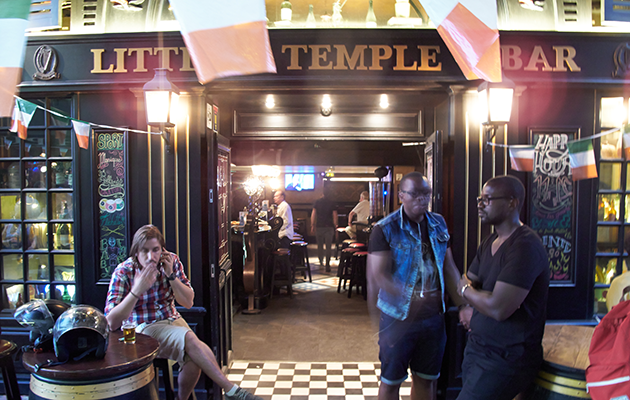 Round the corner, the Little Temple Bar (7 rue de la Paix) is more about drinking than posing by the waterfront. The other sport-centric expat bar of note is Le Kilt (169 avenue du Prado), one metro stop towards town from the stadium, with a large terrace. 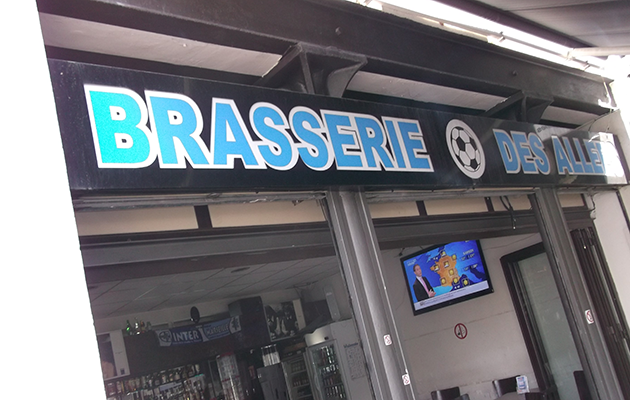 Once the finest football bar in town, the Bar des Allees on allees Leon-Gambetta is now a souvenir and ticket outlet for the Club Central des Supporters. Instead, at the junction with boulevard d’Athènes, the more prosaic Brasserie des Allees is a corner bar filled with football souvenirs and talk.