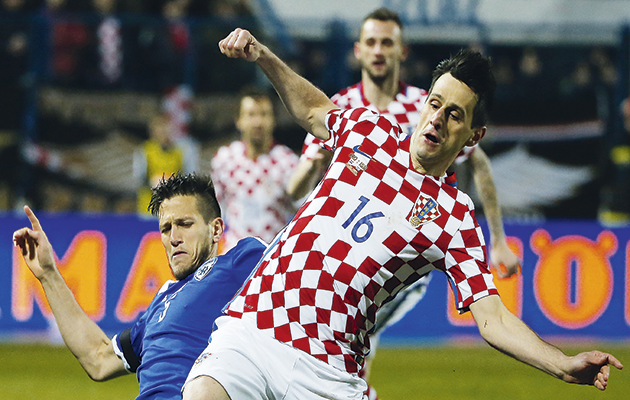 The first thing Ante Cacic did after his side had beaten Malta to secure their Euro 2016 place was to claim that the current Croatia side can match the achievements of the 1998 vintage, who finished third at the World Cup finals in France.

That might appear a bold claim, but the general feeling in Croatia is that this generation is the strongest yet. Indeed, some even believe Croatia have enough quality to be European champions.

The optimistic mood is strange given the circumstances of Cacic’s appointment last September. Niko Kovac, a former international, had been dismissed in the middle of the qualifying campaign and people wondered how Cacic, a coach with no real charisma, was going to handle the big-name players.

But despite the reservations, Cacic has proved to be a successful appointment. Whereas Kovac favoured a hard-running approach, the new boss prefers creativity, with Luka Modric, Ivan Rakitic and Mateo Kovacic thriving under his tactics. Other players, meanwhile, have enjoyed the training sessions, which are less rigid and disciplined than those of Kovac.

Cacic managed to turn around a qualifying campaign that was in danger of failure, with victories over Bulgaria and Malta to secure second spot, behind Italy.

The coach has also been unafraid to confront difficult players. He left Dejan Lovren on the bench during March’s friendly against Hungary in Budapest because he felt the Liverpool defender had not warmed up properly. And the veteran forward Ivica Olic found himself dropped from the squad despite a belief that he would be rewarded for his lengthy service (104 caps) with a place in the squad for France.

In fact, the biggest problems facing Cacic and the federation are not player-related, but concern the country’s fans.

The qualifying campaign was tarnished by the behaviour of some supporters and the home qualifier against Italy, in June 2015, was held behind closed doors in Split following racist chants at the previous qualifier, against Norway in March 2015. And a Swastika symbol carved into the grass prompted UEFA to dock Croatia one point.

The recent friendly against Israel in March had to be held in Osijek – rather than either of country’s two main footballing centres, Zagreb and Split – as the federation feared the wrath of fans angry at being banned from travelling to Norway and Azerbaijan during the qualifying campaign.

Federation president Davor Suker, the former international striker, has found himself under fire and the subject of offensive chants from supporters. Federation vice-president Zdravko Mamic has also been the target of sustained abuse – particularly from fans of Hajduk Split – due to the dominant position of
his club Dinamo Zagreb, who have been domestic champions for the past 10 consecutive seasons and are often accused of benefitting from dubious refereeing decisions.

While none of their group opponents this summer – Turkey, Czech Republic and Spain – will hold any fear for Croatia, there is great optimism that a squad which seems much happier playing for Cacic than for Kovac could go a long way in France, possibly even further than their predecessors in 1998. 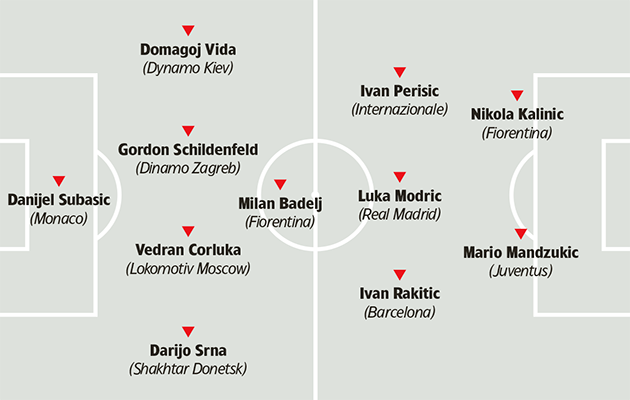 With Luka Modric and Ivan Rakitic heading up a generation that have played together for more than four years, Croatia are full of confidence ahead of the finals.

The team’s system has changed little over the years, and problems with an experimental 3-5-2 in recent friendlies will see coach Ante Cacic play with two strikers and a midfield anchored by a player shielding the back line. The role of defensive midfielder, however, has proved to be somewhat problematic.

Previous boss Niko Kovac liked to station two players in front of the back four – Modric and Rakitic – but that left both too far away from the attacking action. Since Cacic took over he has re-distributed the roles to allow the pair more creative space, although they are still expected to carry out their defensive duties. Milan Badelj is now usually the player who will sit deep.

In certain situations, striker Nikola Kalinic could be sacrificed, with Marcelo Brozovic coming into midfield and Mario Mandzukic playing up front on his own.

A big problem is the absence of regular left-back Josip Pivaric, who is out after a cruciate-ligament injury. Domagoj Vida has replaced him but he has modest qualities when going forward. It is possible that Sime Vrsaljko could step up, although he is far more effective on the right side. 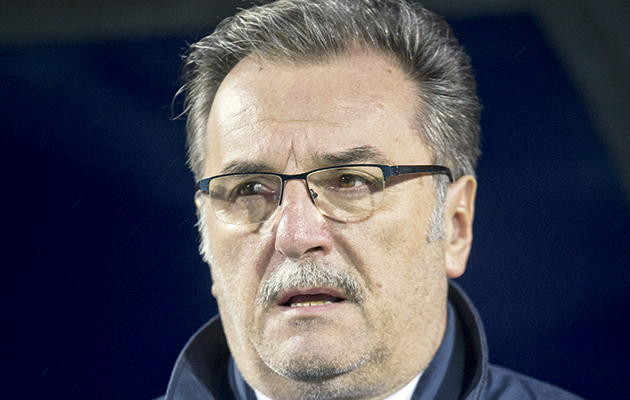 Enjoyed a modest playing career and then trained as an electrician, running a TV-repair shop while coaching an amateur factory side. In charge of 13 clubs since 1986, some of them more than once, his only notable success was with Dinamo Zagreb, who he led to the double in 2012 before being sacked.

His appointment as national coach last year was widely criticised as many felt he would be a puppet for the most powerful man in Croatian football, Zdravko Mamic.