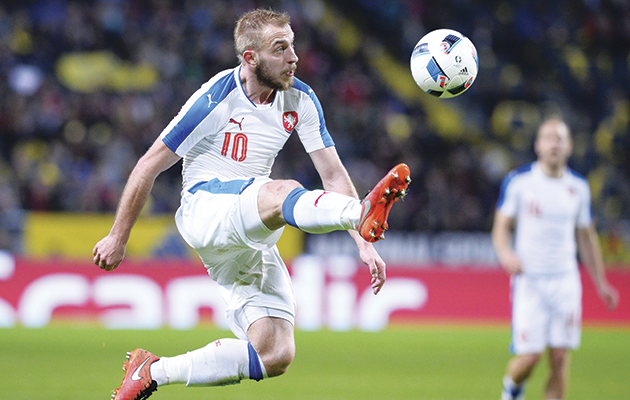 Getting out of a tough group with a side lacking in star names may look like a tall order for the Czech Republic, but that’s what the critics said about qualification.

With playmaker Tomas Rosicky frequently injured, it’s easy to write off a squad that – Petr Cech and Hertha Berlin’s Vladimir Darida aside – draws so heavily on players from Europe’s less glamorous clubs. However, coach Pavel Vrba’s ability to turn teams into more than the sum of their parts means that the Czechs should not be underestimated.

Despite Vrba’s reputation, expectations were low when qualification began. Winless in his first four friendlies and drawn in a group with Holland, Turkey and Iceland, few gave the Czechs a chance – until their opening game against the Dutch.

One minute into stoppage time, with the match seemingly headed for a 1-1 draw, Vaclav Pilar reacted fastest when Holland defender Daryl Janmaat’s wayward header rebounded off his own post. His goals jump-started the campaign as Vrba’s team went on to win their opening five games.

The jitters set in following a home draw with Latvia and defeat in Iceland. Trailing 1-0 at home to Kazakhstan in September, qualification seemed to be slipping away, only for substitute Milan Skoda to score two second-half goals. Three days later, qualification was clinched in Latvia.

The Czechs were well beaten by Turkey in their penultimate game but still ran out group winners by winning away to Holland.

A more worrying statistic is that, as of March’s 1-1 friendly draw in Sweden, the team is yet to keep a single clean sheet under Vrba: a run of 19 games.

And then, added to Rosicky’s injury problems, there is the lack of strikers.

His two likeliest starters play for mid-table Turkish side Bursaspor (Tomas Necid) and English second-tier side Reading (Matej Vydra), and they are unlikely to strike fear into too many opponents.

To compensate, Vrba will look to his dynamic midfield for goals, even if Rosicky’s likely absence is a major blow.

Not since Euro 96 has a Czech coach drawn so heavily on domestic players. While that’s partly through necessity – most of the current crop simply aren’t good enough to attract Europe’s bigger clubs – it also reflects the Czech league’s growing strength. As the Czech economy develops, it’s not as financially attractive for young players to move abroad.

Plzen’s challenge to Sparta’s traditional dominance, meanwhile, has lifted standards across the board – as witnessed by Sparta’s remarkable run to the quarter-finals of the Europa League and 4-1 aggregate victory over Lazio.

The Czechs’ rising star is right-back Pavel Kaderabek – formerly of Sparta and now with Hoffenheim – but several other young Spartans could shine in France, among them left-winger Ladislav Krejci and midfielder Martin Frydek.

With Spain clear Group D favourites, the Czechs should find themselves in a tight three-way battle with Croatia and Turkey.

The squad’s shortcomings leave Vrba depending largely on his own coaching abilities to get out of the group. But based on previous form, you wouldn’t necessarily bet against it. 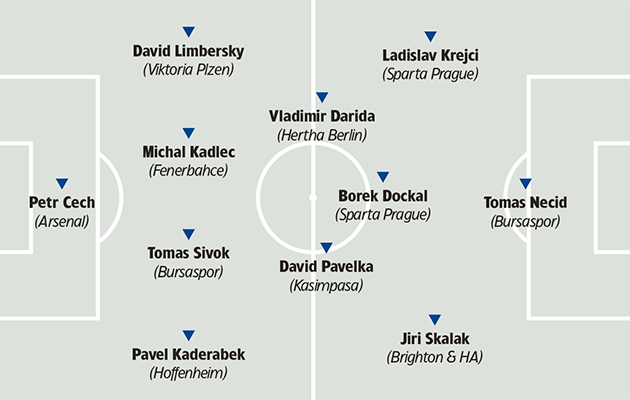 Rarely straying from a 4-2-3-1 formation, Pavel Vrba favours patient build-up play. The Czechs rely on the pace and passing of their midfield to unpick opposing defences, supported by speedy wing-backs Pavel Kaderabek and David Limbersky.

Vrba’s biggest headache will be finding a replacement for the frequently injured Tomas Rosicky. In the Arsenal midfielder’s absence, he has tried six different players in the attacking playmaker role, with Borek Dockal and Daniel Kolar likely deputies.

Elsewhere in midfield, competition for places is fierce.

Defensive midfield duties may fall to David Pavelka, if fit, with Lukas Vacha and Lukas Marecek alternatives. The tireless Vladimir Darida is virtually guaranteed a spot in a deep-lying role.

On the right side of midfield, Jiri Skalak, Jaroslav Plasil, Martin Frydek and Dockal are possibilities, while left-footed Ladislav Krejci is the obvious choice for the left.

One of the few certainties is that Petr Cech is first-choice goalkeeper, but the back four in front of him was unsettled throughout the qualification campaign.

Kaderabek, Tomas Sivok, Michal Kadlec and Limbersky are the most likely rear guard, while Marek Suchy – who is suspended for the first game – is an alternative in central defence.

Up front, Tomas Necid looks the most likely starter but Matej Vydra’s pace could be favoured for the Spain game. A run of good form could see Milan Skoda or David Lafata in with a chance. 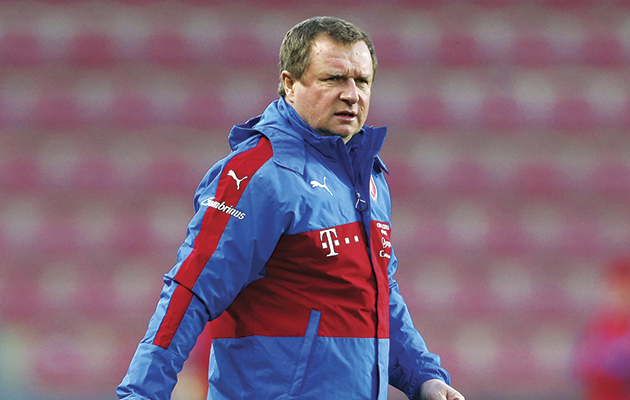 Pavel Vrba
Age 52 (06.12.63)
Unassuming, but with a formidable track record of success, the former centre-half led Zilina to the Slovak title in 2007 before transforming provincial also-rans Viktoria Plzen into the pre-eminent power in Czech football.

Without sacrificing the attacking football that has become his trademark, Plzen won two league titles, in 2011 and 2013, and twice reached the Champions League’s group stage. He left to become national coach at the end of 2013.