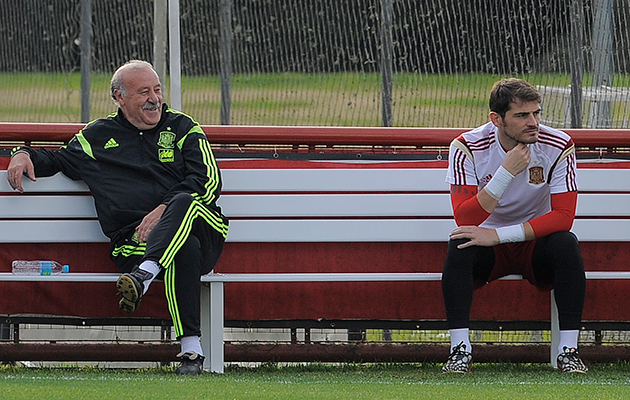 The departing Spain coach Vicente del Bosque has revealed that he sent thank you messages to all of his Euro 2016 players, with the exception of goalkeeper Iker Casillas.

Del Bosque dropped Casillas from Spain’s starting line-up for their first group stage match in Euro 2016 against the Czech Republic in favour of Manchester United’s David de Gea. That decision did not go down well with Spain’s record appearance holder.

“With his team-mates, he was OK, but with the coaching staff, his behaviour wasn’t good. His anger was directed at us,” Del Bosque said. “That’s why he’s the only player I didn’t write to.

Casillas had been Spain’s first-choice starting goalkeeper since the 2002 World Cup, and is the most capped player in the history of the Spanish national team, having made 154 appearances.

Del Bosque led the Spanish national team to victory in the 2010 World Cup and Euro 2012, and revealed that dropping Casillas for Euro 2016 was a “painful” decision to make.

“For sure he is hurting or displeased with me and I understand that. He thinks we have done the wrong thing,” he said.

“But we have to be proud of a player who has 167 games with the national team. I don’t believe three or four games will hurt his resume.

“Casillas hasn’t disappointed me. I have a great appreciation for him. I have known him since he was nine years old.”

Casillas suffered a similar fate at former club Real Madrid when a combination of injury and him falling out with the then manager, Jose Mourinho, resulted in him being left out of the side.

He left the Bernabéu in 2015 for Porto in search of regular playing time, and generally performed well for the Portuguese side.