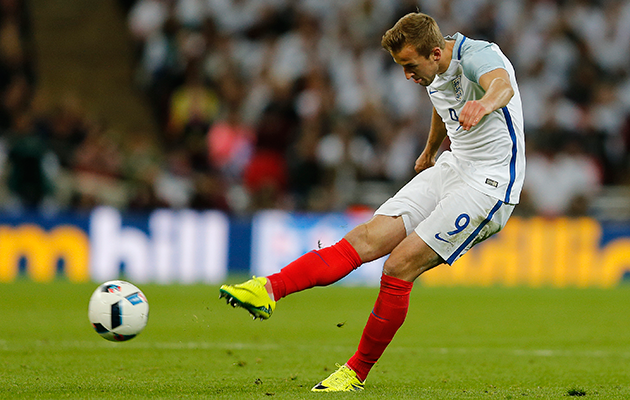 World Soccer: Everyone is talking about Spurs’ influence on the England team – yourself and Dele Alli in particular. Can you take your Tottenham form into France?
Harry Kane: I hope so, that’s the aim. It’s up to the manager who he picks, but myself and Dele do have a great understanding. I think people have seen that this season. We have a great bunch of England lads at Spurs and we’ve had a good season together. We’d love to have the same impact with England.

Dele Alli’s only just 20 but seems at home in international football. What makes him so special?
He’s a great player, with amazing vision. As a striker, when you make runs, whether it’s from crosses or forward runs, if you’ve got a player who can get on the half turn and play the ball forward quickly, that’s perfect. He’s a great lad, a great player and he scores goals too.

Has Wayne Rooney been a big influence on you and is he still important for England?
Of course, he is a fantastic player. He is our skipper, a great person to have around and Roy has made it clear he wants him involved. Playing with him and chatting to him is an inspiration.

He was in a similar situation to me when he was younger, too, so he gave me advice when I got in the England squad. He just said: “Keep your mind focused, keep working hard, keep trying to improve, keep your friends and family close, and that’s all that matters.” It was great advice.

Who did you model yourself on as a kid? A lot of people say you are a modern Alan Shearer…
To be compared to someone like Alan Shearer is special. He’s the all-time Premier League top goalscorer. If I score anywhere near as many as he did, it wouldn’t be a bad career! But I also liked Teddy Sheringham.

Is it true you started your career at the same junior club as David Beckham?
It is! The club was called Ridgeway Rovers. We even went to the same school, the Chingford Foundation School.