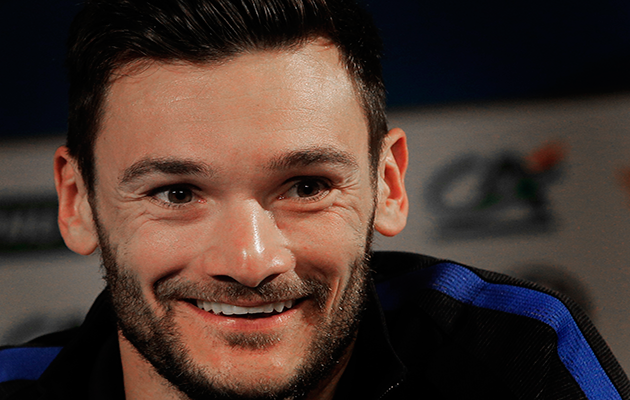 World Soccer: What do you expect from Euro 2016?
Hugo Lloris: It’s my fourth tournament; the first was the 2010 World Cup in South Africa, which was not such a good memory. Whether it is a World Cup or European Championship, it means a lot to play in these big tournaments. You play at the highest level, against the best players in the world, and you have a commitment and responsibility to play for your country. It is the best feeling you can have as a player.

It is not easy to go straight from a long, hard season in the Premier League to prepare for a big tournament, but with the coach and the staff we have, we know we will be as ready as we can be.

Do you feel added pressure as captain?
You don’t ask to be captain, it is up to the manager, but you have added responsibility. I try to play my normal game, not let the captaincy affect my performances and set a good example to the younger players. It is the same at Tottenham, where I try to help the younger players more. The balance in the team can be fragile, and it is important for me and the experienced players to be close and show a good example.

As hosts, France have not played a competitive game for two years. Will that help or hinder your chances?
We’ve had two years without competition, just a lot of friendlies, so we will be very hungry to start the competition. Looking at our team we can have a good competition; we will certainly give our best, and the support of our fans will help. We can feel the expectation from them. France is a big football nation and they expect to see us in the spotlight. If we have the right energy on the pitch, the fans will support us as a team and we can raise our levels.

How do you rate an England team that contains your Spurs team-mates Harry Kane and Dele Alli?
If we face England, it will not just be Harry and Dele, but Eric Dier and others as well. They are already big players for Tottenham and they are now playing for their national team. We train together every day, so I know Harry well and he knows all about me. His qualities are fantastic and I think he will be one of England’s most important players for years to come.

I feel confident for England’s future, not just because of Harry and the Spurs players, but the other young and talented players they have.

Can France win Euro 2016?
I hope so. Football is about belief. If you go on the pitch without belief, you can’t expect much. If you have talent along with spirit and belief, you can make great things happen. We have the belief we can win.