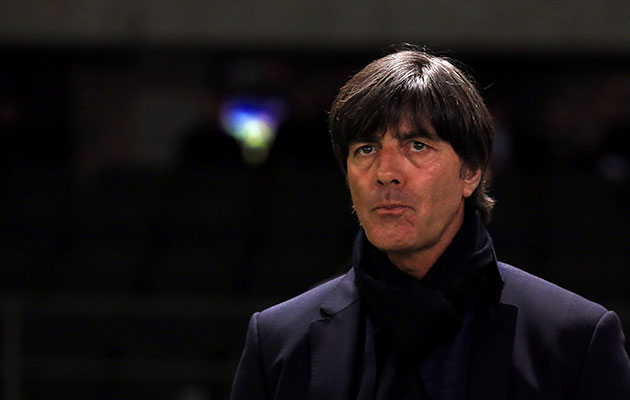 World Soccer: Are you concerned about security issues at Euro 2016?
Joachim Low: The theme has to be discussed. We live in dangerous times. It doesn’t only concern football.

Do you think Euro 2016 could be played without fans?
That would be disastrous. No one wants that. I’m certain that everything possible will be done to ensure safety.

Are you still pleased with Germany’s long-term development?
The “Summer Fairy Tale” [the 2006 World Cup] is still relevant. A World Cup in our own land was the spark. We’ve worked for years to change the German playing style. Since then we’ve made great progress.

How did you view the friendly defeat against England in March, in which you were 2-0 up but lost 3-2?
It’s certainly frustrating when you lead two-nil and still lose the game. On the other side of the coin, you also have to say that it was not undeserved. We didn’t always have the game under control. The way we played out from the back was not as good as usual. We had problems in our build-up play throughout the match. We created relatively few chances. It was not undeserved that the English won.

What conclusions did you manage to take from the game?
We know in which areas we still have to work. It was obvious that our combination play and movement didn’t work out as I had hoped. In the second half especially, we were lacking in our organisation and compactness. We conceded an incredible amount of space.

While we were in front, the game became more and more open. In normal circumstances, that shouldn’t happen. We should have been looking to capitalise on a counter-attack or two, but couldn’t manage it. With their very quick players, the English had more room to work with and were increasingly dangerous.

You experimented with Toni Kroos and Mesut Ozil as the two midfield holders against Italy. Could this be an option for the future?
Basically I wanted to try something new. We used a three-man back-line with three central defenders, so could afford to take more risks in midfield. Ozil and Kroos were outstanding both in defensive mode and constructively.

We had a couple of problems in our build-up work against England. Those two are technically good, strong one-on-one and can play their way out of situations. It was one of those decisions when you go for it. It was a risk. That’s obvious. But if not in this type of game, then when?