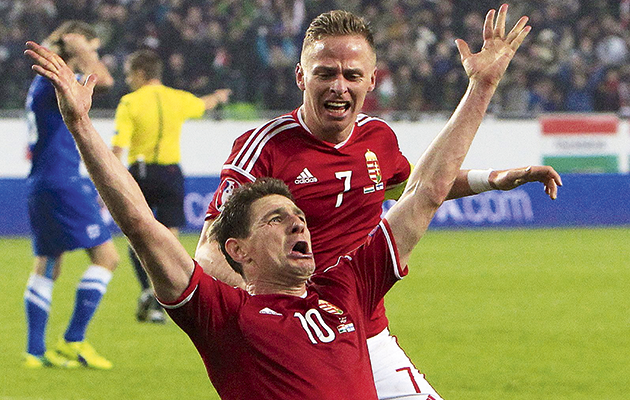 Out in the cold since the 1986 World Cup, the country will be at fever pitch when Hungary step out against eternal rivals Austria for their first game of Euro 2016.

Fans, players and coaches may have been watching from the sidelines since the national side shipped nine goals in three games in Mexico, but while they may lack modern-day pedigree, Bernd Storck’s current squad won’t be lacking when it comes to preparation.

Storck’s approach is meticulous and he has already earned a contract extension until 2018. Also filling the role of national sports director, the German took over as coach from respected but club-tied Pal Dardai and set about clearing out his predecessor’s part-time staff.

He then hired his own full-time coaching team, and for the Euro play-off with Norway he even saw to it that the domestic league programme was cancelled and set aside a week of intensive training.

Not afraid to take risks, Storck called up untried, fiery Videoton midfielder Laszlo Kleinheisler for the two play-off games, even though the 21-year-old hadn’t played any club football all season due to a contractual dispute. He then threw the debutant into the fray for the first leg in Oslo – and within 26 minutes Kleinheisler scored with an audacious snapshot before running off to hug his mentor on the bench.

Signed afterwards by Werder Bremen, Kleinheisler is only one of two players in Storck’s squad to feature in any of Europe’s top five leagues. Reserve keeper Adam Bogdan is still on Liverpool’s books, but club boss Jurgen Klopp won’t forget his error-prone Premier League debut for
the Reds against Watford any time soon.

Meanwhile, the bulk of Storck’s men are based at home or in the slightly more moneyed Polish league.
These include prolific forward Nemanja Nikolic, who averaged a goal-a-game after joining Legia Warsaw from Videoton at the start of the season but was often overlooked during the qualifying campaign. On the bench for both play-off games, he was as surprised as anyone in the capacity crowd when former Watford striker Tamas Priskin scored a screamer early in the second leg in Budapest as another surprise Storck choice came up trumps.

For much of the two games, though, Hungary were on the back foot, relying on a disciplined defensive strategy instilled by Dardai earlier in the campaign. And it was Dardai who had recalled veteran keeper Gabor Kiraly – the man whose early save changed the course of the game in Oslo.

Earning his 100th cap that night, Kiraly put in a memorable performance and then repeated it four days later. Like his long-term international team-mate Zoltan Gera, Kiraly is now back home, seeing out his career. And with years of top-level experience, both know this is their last chance on the big stage.

If Hungary have a genuine game-changer, it’s Balazs Dzsudzsak. With unpredictable bursts of pace, the team captain has kept his best performances for the national side, his club career seemingly at a dead end after an unwise move from PSV in 2011. Warming the bench at Bursaspor in Turkey as often as he did in Russia, Dzsudzsak can, however, produce a run from nowhere or a wicked free-kick. His late dead-ball strike sent the home crowd happy in a recent 1-1 draw in a friendly against Croatia.

But whether he, or any of Hungary’s otherwise young midfield, can produce enough chances for Storck’s forwards come the summer is another matter. 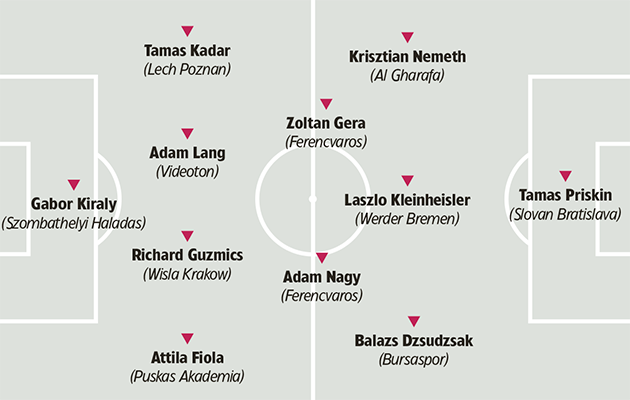 Bernd Storck’s predecessor, Pal Dardai, installed a tight back four that served Hungary well for the second half of their qualifying campaign.

Keeper Gabor Kiraly is quick off his line, spreading confidence around the defence, but whether Adam Bogdan or Denes Dibusz would do likewise, if selected, is another matter.

Storck prefers a five-man midfield, with two playing behind three. Zoltan Gera is either the lynchpin in the forward three behind the target man or, given his 37 years, sits back beside Adam Nagy.

From the right flank, Balazs Dzsudzsak uses this left foot to best effect, cutting in quickly and delivering curling, penetrating crosses at speed. Most free-kicks around the box are his domain, although Gera also hovers. Dzsudzsak takes his captain’s role seriously, endlessly encouraging, cajoling, leading by example. Veterans Kiraly and Gera also have a positive effect on a side whose average age has been reduced by Nagy and Laszlo Kleinheisler.

Either deployed on the left of the midfield five or, as was seen in Hungary’s recent friendly with Croatia, Kleinheisler can play behind the solitary striker.

Up front, Storck has plenty of options. On paper, the most obvious choice would be Nemanja Nikolic, one of the top scorers in Europe this season, but Tamas Priskin and Adam Szalai both have a chance.
Scorer of vital goals in qualifying, Daniel Bode is used as an impact sub for the last quarter of a game. 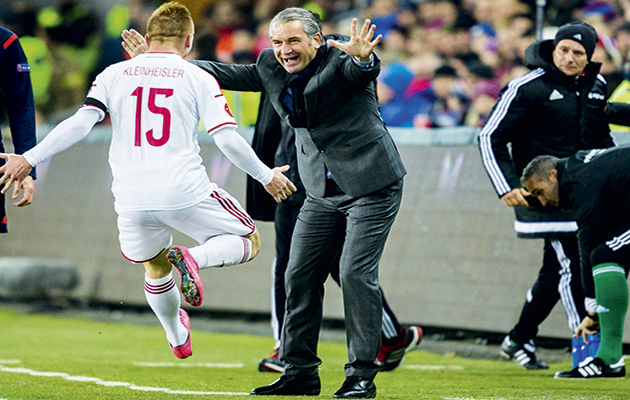 Bernd Storck (Ger)
Age 53 (25.01.63)
After ending his playing career as a German Cup winner with Borussia Dortmund in 1989, he became the long-term assistant to coach Jurgen Rober at Hertha Berlin. And he was the one who would later persuade Rober to sign a young Pal Dardai – the man he would succeed as Hungary boss in 2015.

After striking out on his own in Kazakhstan, he has worked mostly with youth teams during his career, including Hungary’s at last summer’s Under-20 World Cup.