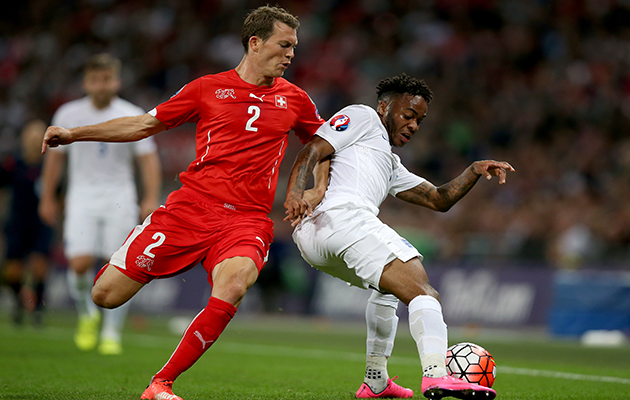 If nothing else, Switzerland’s new captain for the Euro 2016 finals, Juventus defender Stephan Lichtsteiner, knows his sums and where to put his money. You see when he was still a school age player, Lichtsteiner worked in the offices of Swiss bank, Credit Suisse. Lichtsteiner explains:

“School is important and my parents wanted me to create another option for myself, just in case things did not work out with football, or if I got injured as a 19-year-old or 20-year-old. I had this chance to do a work placement with Credit Suisse whilst playing for Grasshoppers (Zurich) so, day after day, you would go from training to the bank to school, or from the bank to school to training and so on…It was a good preparation for life…”

World Soccer caught up with Lichtsteiner recently, just as he was preparing to join the Swiss squad for Euro 2016. Even if he had not been officially named as captain, he acknowledged that it might happen, given that previous captain, Leicester’s Gokhan Inler, hardly played at all throughout the club’s all triumphant Premiership season. No one could claim to be much surprised when Bosnian-Swiss coach Vladimir Petkovic last week made Lichtsteiner captain, dropping the unfortunate Inler from the squad.

As he prepares for Euro 2016, Lichtsteiner is the first to admit that this is not a great moment for the Swiss team, telling us:

“We haven’t been playing well in recent friendlies. We lost 1-0 to Ireland even if I don’t think that means a lot since we were missing a number of players through injury and club commitments…The thing for us is that we are no longer the minnow side, we have go to go out there and make the play and we are sometimes vulnerable on the counter-attacks, on the turnovers…”

We point out that Switzerland have qualified for the last three World Cups and three of the last four European Championships. So, was their qualifying group (England, Slovenia, Estonia, Lithuania, San Marino) relatively straightforward this time? Not always, says Lichtsteiner:

“We started badly, losing a game to England that we might have drawn, we conceded two goals on the counter attack because our defence was not well set up. Then, we lost a game to Slovenia which we had dominated but in which we failed to take our chances. Then, they got a penalty and so they beat us 1-0. We did well to come from 2-0 behind in the return game against Slovenia to win 3-2. Overall, we did OK in our group but given our squad strength, I’d say we could have done better…”

So then, how will you do in France? 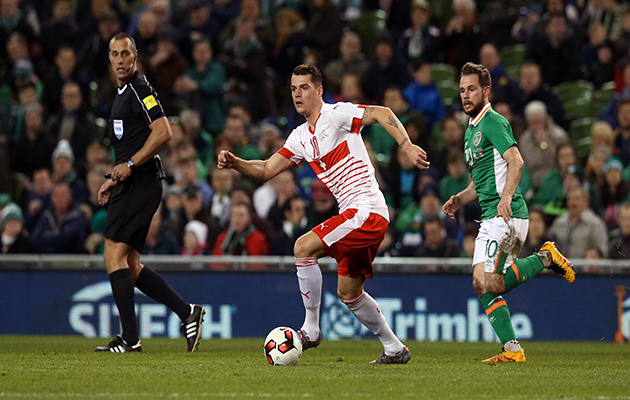 “We are not in a great moment, certain things are not going well but the two or three weeks of preparation will be important for us, we can improve…You might think that our opening game against Albania should be relatively simple for us but, in fact, it is a sort of “derby” since there are Kosovo-born players in both teams – for example Granit Xhaka plays for us whilst his brother Taulant Xhaka plays for Albania. These guys do not see this as any ordinary game, they are under a lot of pressure, so that makes our opening game very tough…

“Then we have Romania, a side that you underestimate at your peril and then, finally, we have France. You’ve got to hope that they are already qualified or that we are already qualified and then the pressure is off…However, if we play as badly as we have played in recent friendlies, we might not even get out of that first round group”

You mention the Kosovars in the Swiss side. Are there too many of them in your squad?

“No it’s no problem even if it is always important to have players of clearly Swiss identity but that is important for every country. If your Ireland was composed of just Swiss born players, Irish fans would begin to get annoyed, It is important that you get the balance right…”

What about the terrorism threat at Euro 2016. Are you and fellow players worried?

“Of course, we’re worried. We just hope that we will be well protected but you have to think about the fans too. Clearly, there is a risk and clearly it is frightening but all we can do is get on with our normal life…”

Lichtsteiner has just completed his fifth consecutive season and won his fifth scudetto with Juventus. We asked what he had expected last October, after a bad seasonal start that saw the Old Lady sitting at the wrong end of the League table:

“When we had just 12 points, and all those quality sides in front of us, well I didn’t really think we could win the title…In the end, though, we stuck at it and we won…we pulled off an impossbile sequence of wins (25 wins and one draw in 26 consecutive games from October). 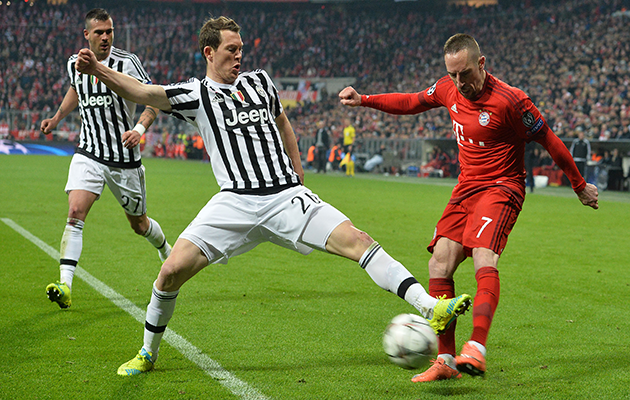 Not surprisingly, Lichtsteiner feels Juventus could and should have gone a lot further in the Champions League this season, saying:

“We played really well, going out against Bayern only in injury time after we had gone close to scoring the third goal (in the return leg) that would have wrapped it up for us……You know we could have gone a long way in the Champions this year, we are used to handling the two matches per week rhythm, we did it last year all the way to the final and we could have done it again this year…”

Mention of that final loss 12 months ago to Barcelona prompts another question. Were Juventus not just a little too “reverential” in the first half hour against their Catalan opponents?

“It’s normal that a team like Barcelona, which has won so much and in which you have Spanish internationals who have won a World Cup and two European Championships, it is simply normal that for the first 20 minutes, they will play better. Yet, even if they began better, after our equaliser, we had 20 minutes when we were the stronger team…we were almost there, close to winning the game.”

Finally, who are your favourites for Euro 2016?

“France, obviously, because they are the home team even if they will be under a lot of pressure. Germany because they are Germany and are always there or thereabouts. And Italy because they have a good squad, good players, a good coach and when the going gets tough, Italy deliver”

In three seasons at Juventus with Antonio Conte, you had your differences, no?

“He is a very good coach, we’ve had our differences because we are both stubborn people but in the end our relations were good.”