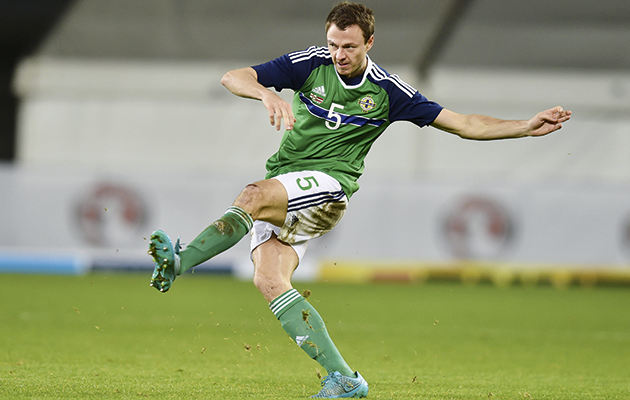 Thirty years have passed since the “glory days” of Billy Bingham’s team, who did themselves proud at the World Cup finals in Spain in 1982 and, to a lesser extent, Mexico four years later. Indeed, many had given up hope of the nation of 1.8million ever being present at a major tournament again.

The closest Northern Ireland had come to a return to the big stage was when they missed out by goal difference on a play-off place at Euro 96 in England. Manager Bryan Hamilton’s team finished equal on points with the Republic of Ireland, but finished in third place by one goal.

Twenty years on, when perhaps least expected, today’s side upset all the odds to finish top of their group in the 2016 qualifiers. After finishing fifth in their group for the 2014 World Cup in Brazil, they had been regarded as “no-hopers” by even their own fans.

Michael O’Neill was appointed manager in December 2011, replacing Nigel Worthington, and his first nine matches yielded five draws and four defeats as he struggled to revive the country’s fortunes.

O’Neill, now regarded as a miracle worker by supporters, admits: “We finished the campaign below Azerbaijan and just one point ahead of Luxembourg, who drew 1-1 with us in Belfast and beat us 3-2 in Luxembourg. We were rated 129th in the FIFA rankings, our lowest ever. I certainly wouldn’t have been surprised to have been given the sack.”

But his bosses at the IFA kept faith. There had been signs of positive things to come when drawing 1-1 away to Portugal in the World Cup qualifiers, and in August 2013 they beat Russia 1-0 at Windsor Park as O’Neill recorded his first victory.

The IFA were amply rewarded for their loyalty with a stunning Euro qualifying campaign, despite O’Neill having basically the same squad of players at his disposal.

After six wins, three draws and just one defeat, taking the country’s FIFA ranking to the heights of 28th, the manager has attained the status of a national hero.

His charges – drawn mainly from the lower divisions of Scotland and England – certainly face a tough task in France. The opening game is against Poland, followed by Ukraine and finally world champions Germany.

O’Neill says: “During the qualification campaign we had the second-lowest amount of possession, but the highest number of scoring attempts, and I think that is very significant as we analyse our opponents and look to combat their strengths and exploit weaknesses.

“We have a small pool of players and they will be playing for the first time in a major tournament. Many of the squad have little international experience, even at club level, so they’ll be looking to prove themselves. We’ve imbued the players with belief and self-discipline.

“We’re up against star players who play at a high level with their clubs. Germany are world champions, and Poland ran them close in the qualifiers and have perhaps the best striker in Europe in Robert Lewandowski. Ukraine are more of an unknown quantity. We will be looking to go into the final game against Germany with something to play for. I believe we can qualify for the second round.”

That is a hope which, given O’Neill’s track record in the qualifying campaign, is not an unrealistic one. 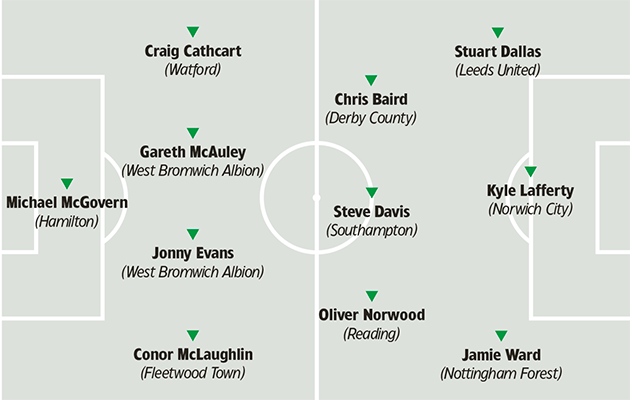 Never one to rest on his laurels, Michael O’Neill has been keen to test out new formations for the demands of three group games in the space of 10 days. During qualification he favoured a 4-3-3, 4-4-2 or 4-1-4-1 depending on the opposition, while he tested a 3-5-2 line-up in March’s friendlies. The manager has no qualms about ditching a plan during the game and will adapt as circumstances dictate.

The loss of key left-sided defender Chris Brunt, who played in nine of the 10 qualifiers, with a cruciate ligament injury could mean a place for Daniel Lafferty, Shane Ferguson or Michael Smith, who all currently play in the English third tier.

Kyle Lafferty, the talismanic target man, will hopefully recover quickly from a groin strain incurred during the friendly against Slovenia and regain match sharpness with Championship side Birmingham City, on loan from Norwich City. He may well form a partnership with newcomer Conor Washington, of Queens Park Rangers, who has made a big impression in his two games so far.

Conor McLaughlin, Jonny Evans, Gareth McAuley and Craig Cathcart would be the likely back four in the preferred 4-3-3 formation – more of a 4-5-1 without the ball – with wide attackers Jamie Ward and Stuart Dallas both being asked to defend from the front.

McLaughlin would drop out for a 3-5-2, with Washington or Josh Maggenis partnering Lafferty, and Niall McGinn or Corry Evans coming in to bolster midfield. 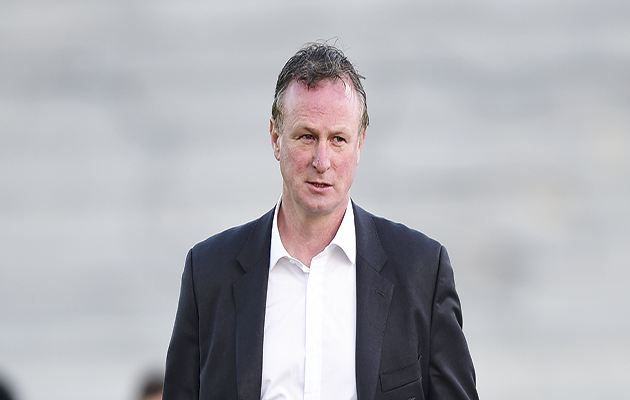 Michael O’Neill
Age 46 (05.07.69)
Won 31 caps, scoring four goals, during his playing career and had a couple of years as a financial advisor before taking a part-time job as manager of Brechin City. Won the league twice with Dublin club Shamrock Rovers and in 2011 became the first man to take an Irish side to the group phase of the Europa League.

His ability to coax the best out of his charges has seen him awarded a £2million, four-year contract, making him the highest-paid manager in Northern Ireland’s history.